Trump has discussed with advisers whether to grant pre-emptive pardons to his children, to his son-in-law and to his personal lawyer Rudolph W. Giuliani, and talked with Mr. Giuliani about pardoning him as recently as last week, according to two people briefed on the matter.

but not for the weather, that's for sure.  We've had a miserably chilly, cloudy, rainy spring.  Ugh!

But there are worse things than having intemperate weather.  I lived in Florida for 10 years; I know what I'm talking about. I wouldn't trade my little Cape Cod town or Boston's North End for all the sunshine and orange juice in Florida--or for its execrable governor, Rick Scott, either.

Massachusetts is called a true blue state, but in fact, it has elected more Republicans than Democrats as its governor (the last Democratic governor before Deval Patrick was in 1991--Michael Dukakis), and we have a Democrat and Republican senator.  The state legislature, however, is true blue, through and through.

But read this inspiring report from PoliticuUSA on what the individual cities and towns in parts of Massachusetts have done to counter the SCOTUS' egregious ruling in Citizens United: 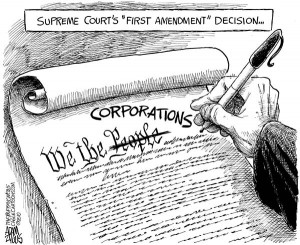 "Now after [the Citizens United] ruling, small towns in the Commonwealth of Massachusetts are fighting back. A total of 8 towns have adopted resolutions calling for a Constitutional amendment to negate this heinous ruling. A town on Cape Cod, near the late Senator Edward Kennedy’s home, Provincetown led the charge on April 4th, 2011 to take our elections back. This action was followed by Truro and Wellfleet on April 26th, 2011. All three towns called for the same thing,

“A constitutional amendment to restore the First Amendment and fair elections to the people.”

Other towns that voted and passed similar resolutions were Great Barrington (May 2), Brewster and Dennis (May 3), Chatham and Orleans (May 9), and Williamstown will vote on May 17th.

Free Speech For People has helped to spur these town meeting resolutions. Free Speech For People is a national non-partisan campaign, launched on the day of the Citizens United ruling, which is pressing for a 28th Amendment to the Constitution to restore democracy to the people and to ensure that people, not corporations, govern in America.

A poll released by Free Speech For People, by Hart Research Associates found that 82% of American voters believe Congress should take action to limit corporate spending in elections, and 79% of voters would support an amendment denying corporations equal rights to natural persons under the Constitution. Furthermore the survey revealed that support for an amendment transcends party lines, with large majorities of Democrats (87%), Independents (82%), and Republicans (68%) supporting its passage.

This is great news.  Massachusetts may not be as big a state as Florida, nor does it have the beautiful weather nor as many beaches (Mass. does have Cape Cod National Seashore, thanks to JFK,--miles of undeveloped, wild beaches where one sees nothing but sky, sea, and sand.) And we do have citizens willing to take on serious political issues instead of passing laws that prohibit people from having sex with goats.

Yes.  There are some things worse than bad weather.
Posted by Shaw Kenawe at 9:04 PM

I agree with you. States that have regressive legislatures and governors are not attractive for living or vacationing; another way to voice our demand for true free speech for people.

I hope we can do the same in Ohio. We're already having a petition drive to get rid of the anti-Union law S.B.5. Maybe some other states could adapt it.

Thanks for the link to the Cape shore.... I have always wanted to visit... probably will not get a chance... I have a list a mile long and a pocket book and inch deep. ;)

...when I was very young... I thought Masachewits was an eating disorder... of course I thought a Pedestrian belonged to a kind of religion,too.

I have not progressed much ....

That's great news Shaw, now to get the whole country united against those thugs!! We are seeing it more and more as the conservatives sneakily try to take over our bodies, our minds, and strip away our rights...the liberals are fighting back hard this time!

It is unseemly to be attacking our great country The United Corporations of Amerika.

Winter sucks- if you don't like snow, but Massachusetts has some pretty nice weather otherwise. Spring, Summer, Fall... best place to be. Have you had a tornado, wild fire, tsunami, flood, or earthquake lately? I'll skip the humidity, large insects and orange juice, thank you.

Governor Snyder in Michigan is towing the corporate line on taxes and is trashing the public commons with cuts (education, middle class tax hikes including pensions, etc.). Recall should be within a year if we're lucky.

I DO NOT think that overseas or corporate entities should be allowed to hire lobbyists. That is that is wrong with the federal government. It's the best government that money can buy.

Tim, I am not fond of lobbyists, and find it hard to see such restrictions as you mention as anything that impinges on Constitutional rights. Go for it!

I do however defend the right of people to criticize the government. At the heart of the Citizens United was the outrageous situation where the Federal Election Commission censored a film some people made because it was critical of a United States Senator.

Get rid of the "corporate personhood" crap that was part of the Citizens United decision, but keep the part that lets people criticize the government 24/7, 365. 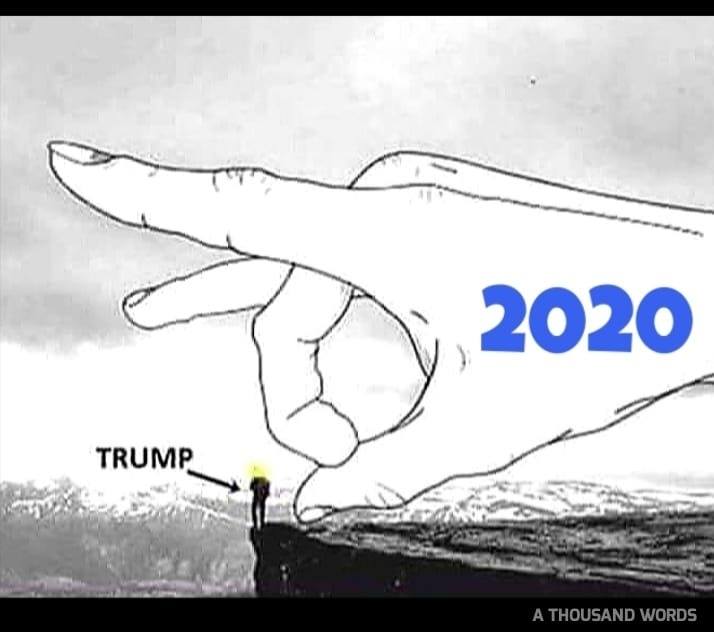