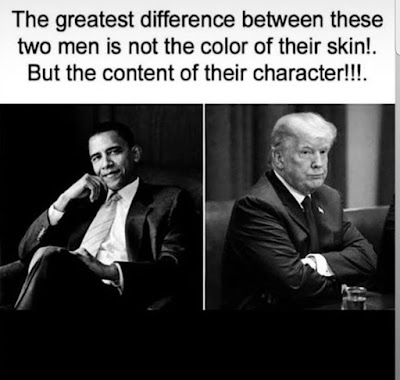 I have followed Progressive Eruptions for years. You continue to be a beacon of well thought out and nuanced reasoning and discussion.

Ema Nymton, Thank you. Where have you been? I used to see you on various blogs in the past but haven't in a while. I was thinking about you the other day as I looked at some of my old posts. Hope you're well and that you'll come back to commenting.

Thanks for stopping by.

Shaw, can you, or even Skud, explain to me why the Administration is delaying the tariffs on Chinese goods till after Christmas? Our president is on record as saying that American consumers are not paying for the tariffs, so why would we need a break from them as Sec Wilbur Ross claimed?

Then maybe someone from right could explain the deal Pres Trump made to P{res Xi of China to not condemn the Chinese for whatever they do in Hong Kong in exchange for getting a trade deal. A trade deal which we don't have. Since when does the USA not condemn crackdowns on dictators who stifle democratic dissent?

It wasn't too long ago that President Reagan dispatched then Senator Paul Laxalt to the Philippines to tell Ferdinand Marcos to resign after his crackdown on the Yellow Revolution of Cory Aquino.

How far the GOP has fallen under Trump.

Dave Trump, of course, lied when he said the American consumer would not be paying for his trade wars with China. And the delay on the tariffs until after Christmas exposes his lie.

Trump doesn't consult with anyone who has any knowledge about domestic or foreign issues, and the trade war with China is an example of his fly-by-the-seat-of-his-pants policies. He fancies himself as a great negotiator, yeah, the guy who's had 6 corporate bankruptcies and who's a known deadbeat with people who do work for him.

Too many people were unwilling to see Trump for the fraud and liar that he is and now we're stuck with him, his incompetence, and his haos until the election.

PS, I doubt skudrunner will answer. But if he does, he'll tell us that Barack Obama screwed the middle class and small businessman. Count on it.

from the Daily Kos:

Donald Trump backed down on some of his China tariffs, but it's not working: A Chinese official said the government will “have to take the necessary countermeasures” against the 10% tariffs Trump is keeping in place for a Sept. 1 launch. Between that Chinese vow of retaliation and signs from the bond market that a recession may be imminent, stock markets in the U.S. and elsewhere fell. “The stars are aligned across the curve that the economy is headed for a big fall,” one bank economist told The Washington Post.

It’s not just random stars randomly aligning, though. “Markets are reacting on the fear that the additional threats of more tariffs by the Trump administration will result in a slower-growing global economy,” an economist from Moody’s told The New York Times. “The risk of recession in the U.S. is not overstated.”

Wednesday night, Trump tweeted the suggestion that China really wanted to make a deal but that the U.S. was holding back for humanitarian reasons related to protests in Hong Kong, as if Donald Trump is ever going to put humanitarian concerns above money if China wants to deal. He also again insisted that China, not U.S. consumers, is paying for the tariffs.

So: China is planning “countermeasures” as Trump’s trade war continues to grow, there are signs of imminent recession, stock markets are falling, and Trump is lying about all of it. That sounds … about right for the Trump era.

Shaw... every single time we seen our bond curves out of whack like this, we've had a recession. Every time.

Pres Trump is blaming his hand picked head of the Fed. Why is it Powell's fault? Trump picked him didn't he?

Remember when the GOP and their extremists asked repeatedly why the buck never stops with the Dems? Are they asking that now? Of course not. How about AG Barr... you think if a prisoner like Epstein had killed himself, or was killed, because guards were sleeping during a Dem admin, the Mother Ship wouldn't be calling for his or her resignation?

But of course we have the proverbial crickets right now.

No one in this Admin takes responsibility for anything.


Dave and now we have a sitting POTUS telling a foreign country not to let AMERICAN CONGRESSWOMEN into their country because Trump has a grudge against them!

He's conniving with foreigners against Americans! Can you imagine what the Republicans would have done if Mr. Obama had done such a shameful, unAmerican, and IMO traitorous action?

I hope those miserable numbers Trump has now will hold and get even worse so that he goes into 2020 election with an approval of 35%.

The Wingnuts aren't even trying to hide their hatreds for Americans who don't look or belong to the same party as them:

Wingnut: "I think Trump’s right, too. And I think he’s right about the China situation and should share details ONLY WITH THE CHINESE because our media’s squashing, mischaracterizing, over playing…..everything ANYTHING to SCREW TRUMP and AMERICA."

They're so into Trump's madness that they're now siding with Communist China again their own American media. Trump easily works on weak minded people, like he said, the poorly educated. They've bought into his America hating rhetoric that attacks our First Amendment and his agreeing with Israel to insult two American Congresswomen.

It's unbelievable to watch this happening.

You all remember when that group ripped Candidate Obama for even considering meeting with leaders from those countries?

It's full speed ahead on the Mothership.