If you snooze, you lose.

That's basically what Republican state representative from Utah, Brian Greene, is saying when he explained why he doesn't think it's necessary to pass a bill that makes it unlawful for someone to have sex with an unconscious person:


"Utah is currently passing a bill to make clear that an unconscious person cannot consent to sex. Seems like a no-brainer right? Not for this Republican. As Representatives of the Utah House debated the bill in committee stage on Tuesday, Brian Greene presented a series of questions that simply beggar belief."

“It looks to me now that sex with an unconscious person is by definition rape. I hope this would not happen but this opens the door to if an individual has sex with their wife if she is unconscious… A prosecutor could then charge that spouse with rape.”

"Greene seems keen to ensure that men and women who like to have sex with their partners without their consent, while they are asleep, can continue to do so unfettered by the law.

This is not a theoretical scenario. British woman Sarah Tetley was raped and secretly filmed by her husband Charlie, an estimated 300 times, and only discovered the abuse after she woke up in the middle of an attack. According to Greene, her husband should not have faced legal consequences for this violation of her body and her trust."

You think you've heard all the asinine ideas that any sentient human could come up with, and then BAM! Tea-Pee-ers like Brian Green or  Thom Tillis or Louis Gohmert come along and prove Albert Einstein correct:

"Only two things are infinite, the universe and human stupidity, and I'm not sure about the former."


Is there a sign outside the RNC that says "Dumbasses Welcome Here!" ? 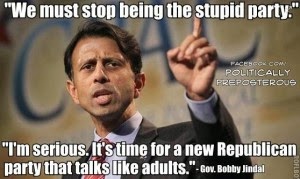 It is interesting that this topic is hot right now. I say that because it's also a hot topic in another community I support.

There are many more blogs who have addressed patriarchy, how it is set up, who wins (spoiler alert - no one), and why the idea you can have sex with your spouse without their knowledge or consent is an OK thing - even a right. It is everything to do with why there is a rape culture in our country.

Apologists - you can bring your arguments but I've been schooled by the best. It distills down to power and the concept that yes means yes. It comes down to the idea that maybe we shouldn't follow the concept of do unto others as you want them to do to you. I'm a masochist. A darn good one as I'm older than fifty. Are you sure you can handle what I want done to me?

Oooo - masochism = mental illness. Yep, I am crazy. Crazy for accepting societies definition of me while doing my best to understand I was just born this way.

So - back to consent. And communication. And empathy. And the campaign of Yes means Yes. If I'm not screaming yes from the top of my freaking lungs you'd better not be touching me.

Shades of grey is coming out soon. School yourselves because we are more and have been discussing consent and power for a long time.

No one can take your power from you without your consent. If they do, that is rape. It no longer is about whatever activity the two of you are engaged in - it is power. And there is nothing you - the person who was raped - could do about it. When someone decides what you have is theirs, yeah, patriarchy doesn't teach self restraint. Those boys are indulged.

I've meant to say that for a while. Thanks for the avenue. You rock Shaw - you simply do.
c.

A bunch of ungracious, sneering, ignorant and angry Tea-Yahoos led by Boner and McConnell--narcissistic megalomaniacs.

Look at how they've effed up with the NuttyYahoo invite.

Fortunately the majority if the GOP and the Tea Party are not of the mentality that the aforementioned loons are.

What is problematic really is that Looney Toons like those mentioned actually feel comfortable presenting their illogic for public scrutiny.

It is getting more difficult than ever before relate to any political ideology. Sometimes the thought of going to sleep and not waking up seems not such a bad thought.

Are righties are not aware that the world has evolved?

The right in this country still lives in the past which is why we are not moving forward.

Thank you c. Too many have not evolved far enough to understand that women are not property. That seems to be what certain elements on the right think--especially those who believe wives should submit to their husbands.

Dr. Gospel, the Party of NO! has been having temper tantrums since November 2008.

RN, I'm afraid the Tea-Pee-ers embrace the sort of crazies cited in this post.The saner GOPers are too cowardly to call them out on their nonsense.

Sleeza, no they are not aware. They all live in a bubble where they actually believe a majority of Americans think like they do. That's why they are so angry so often.

What do we have here?

How badly down the rabbit hole is a party that needs Booby Jindal to remind it of its dysfunction?

Here's what one blog had to say about the Pres today talking about his Prayer Breakfast remarks.

"obama Hates America, obama Hates Christianity, obama Hates civilized countries by all of my observations. Everyone who obammy has surrounded himself with, jarret, holder, positions of power – all Hate America and the American Way. It seems obvious to me."

"obama Hates America, obama Hates Christianity, obama Hates civilized countries by all of my observations. Everyone who obammy has surrounded himself with, jarret, holder, positions of power – all Hate America and the American Way. It seems obvious to me."

The ravings of a choleric baboon.

Dave, I do not deny that there are a lot of loons as well as racists, however the "base of the base of the party" certainly can't be a majority. IMO they make up a very vocal minority that the low information and relatively uneducated segment of the party coalesced around. Unfortunately there are far too many in the party that choose not to speak for fear of being ostrcicize and beat down. I see it daily on blogs like Lisa's racist Smut Hut and others.

The problem with the GOP is it no longer has a strong intellectual voice addressing the real problems the nation faces. It has allowed itself to become the party represented by Hannity, Levin, Beck, Coulter, Limbaugh, Gohmert, Cruz, et all rather those who value fiscal responsibility and personal accountability.

Guess that is why some folks likely moved from republican to independent. I know I did 10 years ago and will NEVER again belong to ANY party.

I'm reminded of "Lord of the Flies".

"IMO they make up a very vocal minority that the low information and relatively uneducated segment of the party coalesced around. Unfortunately there are far too many in the party that choose not to speak for fear of being ostrcicize and beat down. I see it daily on blogs like Lisa's racist Smut Hut and others."


But RN, we found out that that blog is actually run by a very funny group of lefties writing hilarious comments under sock puppet names for the purpose of making the looney right look even crazier than it is. The folks who write for that blog are funnier than a sack of squirrels and they've figured out how to make the hate-cultist look ridiculous. No one actually believes those people are really right wingers, because no one actually believes a group of people can be as ignorant, as illiterate, as smutty, and as racist as that.

That is a PARODY of a right-wing blog!

And one of the most hilarious on the intertubz!

We happen to know on good authority that RR and RS work for a far left organization that sets these types of parody blogs up to make right-wing extremists look dumb. They've been quite successful in their goals.

The problems is that you-know-who hasn't figured that out yet. But perhaps in a decade or so, she will.

I thought that the republican party base was the one percent. Right Shrubbie? The more ignorance and fear amongst the rank and file, the better.

Yes, it's true, Shaw, they do it to bring out the worst in the extremist righties. Talk about being played. ANd they are. Like a $10 violin. LOL!

The good thing is now Obama can say what he feels because he is no longer campaigning for himself.
He has cemented his legacy and it will be unique.
He is the first black president which will remain his legacy.