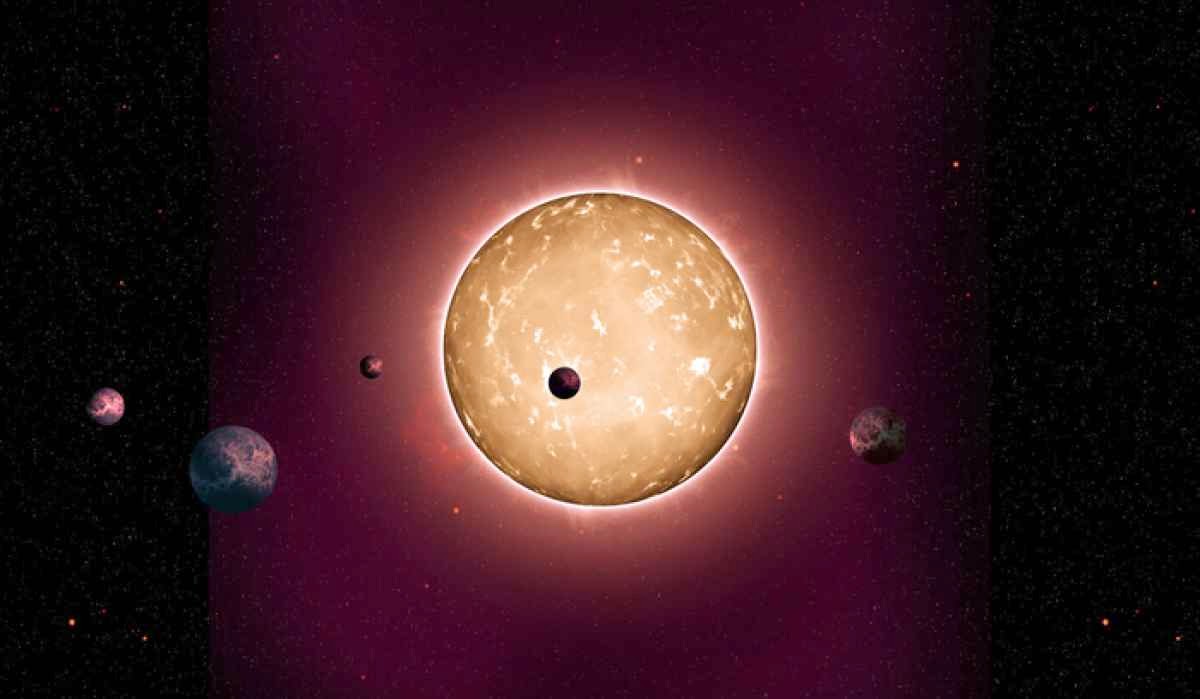 RESEARCHERS DISCOVER AN ANCIENT REPLICA OF OUR SOLAR SYSTEM

Deep within the bowels of our Milky Way Galaxy, there is another solar system that is like a miniature replica of our own. Except this planetary system is just a tad older — by about 7 billion years.

“It’s an old member of the galaxy, and its age made us very excited,” Sarbani Basu, a professor of astronomy at Yale and one of the researchers, tells Popular Science. “This planet system formed when the Milky Way was very, very young.” Basu and her team published their findings today in The Astrophysical Journal.

Orbiting so close to the sun, all those planets must be tidally locked, with temperatures on the sunlit side that would melt steel.

But it makes sense that some planetary systems would have formed early in the history of the galaxy. There's nothing particularly special about our own time.

But to suggest that this is an indicator of intelligent life being common provokes the same question as such claims always do -- why is there no sign of it? Humans have been pursuing systematic science for just 400 years and look how far we've come. A civilization 1,000 years older than ours would be advanced beyond our wildest imaginings. A civilization 1,000,000 years older than ours -- if it existed anywhere in the galaxy, its effects would be such that we couldn't avoid knowing about it. In fact, it would probably have colonized and restructured the whole galaxy more then 900,000 years ago and we wouldn't even have evolved. Obviously there isn't an abundance of civilizations that old -- not even one. This is the real mystery astrobiology has to solve. (I don't accept the stupid, lazy cynic's stock answer that every civilization destroys itself when it reaches a certain point. We've avoided that so far, and certainly not every single intelligent species would make the same mistakes.) There's some reason why life, or at least intelligence, just doesn't arise except in very rare cases.