Who originally made war on Christmas?


"Even when compared to Ebenezer Scrooge, the Puritans who ruled the Massachusetts Bay Colony in the 1600s were downright Grinchian. Not only were the Puritans contemptuous of Christmas, they outlawed public celebration of the Yuletide holiday for an entire generation. The pious Puritans who sailed from England in 1630 to found the Massachusetts Bay Colony brought with them something that might seem surprising for a group of devout Christians—contempt for Christmas. In a reversal of modern practices, the Puritans kept their shops and schools open and churches closed on Christmas, a holiday that some disparaged as “Foolstide.”

"In their strict interpretation of the Bible, the Puritans noted that there was no scriptural basis for commemorating Christmas. “The Puritans tried to run a society in which legislation would not violate anything that the Bible said, and nowhere in the Bible is there a mention of celebrating the Nativity,” Nissenbaum says. The Puritans noted that scriptures did not mention a season, let alone a single day, that marked the birth of Jesus."


"The prohibition of public Christmas celebrations was unique to Massachusetts, and under the reign of King Charles II political pressure from the motherland steadily increased for the colony’s Puritan leaders to relax their intolerant laws or risk losing their royal charter. In 1681, the Massachusetts Bay Colony reluctantly repealed its most odious laws, including the ban on Christmas. Hostility toward the public celebration of Christmas, however, remained in Massachusetts for years to come.

When newly appointed royal governor Sir Edmund Andros attended Christmas Day religious services at Boston’s Town House in 1686, he prayed and sang hymns while flanked by Redcoats guarding against possible violent protests. Until well into the 1800s, businesses and schools in Massachusetts remained open on December 25 while many churches stayed closed. Not until 1856 did Christmas—along with Washington’s Birthday and the Fourth of July—finally become a public holiday in Massachusetts."


So all of that fake controversy about THE WAR ON CHRISTMAS by the propaganda arm of the GOP, FAUX NOOZ, and the Liar-in-Chief's claim that he, and he alone, is bringing back saying "Merry Christmas," is nothing more than a cheap stunt to keep the low-information voters glued to their teevees, shaking their fists at all the heatherns keeping the Baby Jesus out of Xmas!

The very religious Puritans of Massachusetts Bay Colony were the original grinches who prohibited the early colonials from saying "Merry Christmas," who made it illegal to say "Merry Christmas," and who kicked the Baby Jesus out of Christmas.

So when you hear the Liar-in-Chief blubbering about how he's put the "Merry" back in "Christmas," we should all laugh in his face. American presidents have always wished Americans "Merry Christmas," and President Obama said "Merry Christmas" as POTUS for much longer than President Happy Hands.

Trump knows nothing about our history and is nothing but a useful idiot of FAUX NOOZ when it comes to stirring up his cultists over the fake war on Christmas.

HAPPY HOLIDAYS TO ALL.

We are a diverse country. December is a month of many holidays for many people. Good will toward all! 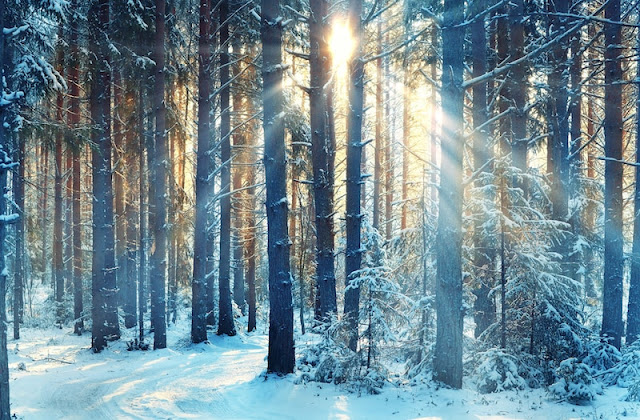 Let us not forget that people who are Jehovah's Witness do not celebrate Christmas at all, believing it is a pagan holiday, not permitted by the bible. That has been their stance since the mid 1920's.

I wonder if they were charged with starting a "War on Christmas" back then?

Such a diverse history and country we have.

Frightening for some, wonderful for others.


Today, at our volunteer ESOL group, we had a holiday party. I heard someone in the visiting group, not the students and teachers, grumble that the director of the program won't say "Merry Christmas" to everyone. And the grumbler was right, the director said "Happy Holidays to everyone!" The director of the program is from India, the students celebrating the first break in the school year are from: China, Thailand, Viet Nam, Russia, Ukraine, Romania, Albania, Italy, Morocco, Haiti, Dominican Republic, Mexico, El Salvador, Guatemala, Columbia, and Brazil. They all celebrate different holidays at this time of year, or none at all. It would have been selfish and rude to single out only one holiday when saying "Happy Holidays" includes everyone, even those not celebrating a special holy day, since the next two weeks will be a holiday off from ESOL classes.

Only those who are mean-spirited and insecure about their religion find it insulting when someone wishes everyone a Happy Holiday.

When he was alive, my father used to sing a Bing Crosby song, "Happy Holiday" at this time of year. Was Crosby and every other singer waging a "War on Christmas" when they sang that tune?

The controversy is all made up by the trouble makers at FAUX NOOZ and the cultists who watch it.

Eat, Drink, and be Merry (or not if one chooses), Because Life's Too Short For This Sh*t.,

That almost seems to be the point these days. "Happy Holidays" doesn't exclude Christians, but some of them seem to feel slighted unless others are excluded. Well, let them grumble.

Dave: Jehovah's Witness do not celebrate Christmas at all, believing it is a pagan holiday

They happen to be right. The December 25th date as the birthday of a god comes from Mithraism, the gift-giving and celebrations are from the Roman festival of Saturnalia, Christmas trees and Santa Claus and suchlike add-ons are from old German traditions with obvious pagan roots, the stress and shopping-mall fights and Muzak versions of Christmas carols come from modern capitalism. It's quite eclectic really, but there's nothing much Christian about it. Now that the wingnuts up to Trump himself have turned the use of simple greetings into a minefield of culture-war truculence, a bit more of the remaining fun has been squeezed out of it.

It's funny an atheist is using the so called war on Christmas to claim Trump is the Grinch. Hypocrite is the only word that describes you.

First, being a nonbeliever does not exclude a person from having opinions on the fake War on Christmas or from stating historical facts about Colonial America's banning of Christmas in Christian Massachusetts. In fact, it is more likely that a nonbeliever would have a more rational understanding of the hypocrisy of FAUX NOOZ's propagandic hysteria over what was an historical Christian War on Christmas.

Second, nowhere in my post did I call Trump the grinch.

You are usding something you don't believe in to castigate him. Stupid Hypocritical BITCH!!!

A low-information troll claims that since I'm a nonbeliever, I should forgo any opinion nvolving religion and religious matters. If that prohibition were applied to Anonymouse troll, then Anonymous troll should not submit comments on what he "thinks," since he's obviously a nonthinker. 😄