MORE ON GLENN BECK AND HIS RACIST PAST 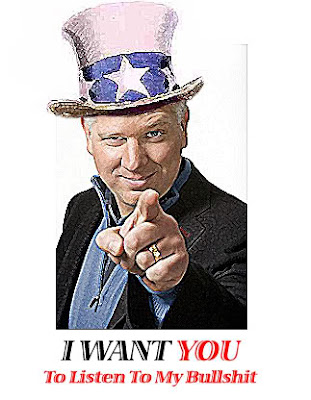 THIS blogger will not let Beck get away with his fake exhortations to "restore honor" to America.  America needs no restoration of her honor from a charlatan who willingly used racism to ingratiate himself with his listeners when he was a little known top 40 radio host.  Below is a history of Beck's sorry career as a race baiter and anti-civil rights promoter.

What Americans need to restore are their critical thinking skills and abilities to judge Beck by his behavior and not by the insincere, god-soaked platitudes and pronouncments he so cynically used to sucker the crowds who came to listen to his babblings.

Alexander Zaitchik of the Southern Poverty Law Center relates this about Beck's background:

"Far from being a civil rights icon, Glenn Beck has built his empire and fame in part by being a master divider along racial lines. Especially since the inauguration of Barack Obama on the eve of his Fox News debut, Beck has emerged as the media's boldest manipulator of white racial anxieties, fears and prejudice. His willingness "to go there" has even earned him grudging respect from hardcore white nationalists who usually have little patience for major media.


Most people are aware by now that more than 100 sponsors have fled Beck's program since his June 2009 claim that President Obama was a racist "with a deep-seated hatred of white people." But this is only the best known event in a 30-year career in broadcasting that has been partly defined by racist humor, racially charged venom, and advocacy for far-right foes of the civil rights movement.

Throughout his career in Top 40 radio, Beck was known for his imitations of "black guy" characters and racist tropes. According to Beck's former colleagues in the late 90s, this included mocking unarmed blacks shot and killed by white police officers. Such was the case of Malik Jones, the victim of a controversial killing that took place in 1997.

"After the shooting, Beck sometimes did a racist shtick," remembers Paul Bass, a former radio host and Beck colleague at a Clear Channel station cluster in New Haven. "Glenn did routines about Jones' grandmother being on crack. Generally he made fun of his family and the loss of life--as joke routines."


Beck's racially tinged tirades did not disappear after he switched formats in 1999. During his first talk radio stint in Tampa, he often referred to the Rev. Jesse Jackson as "the stinking king of the race lords." Most recently, Beck has worked to resuscitate the names of famously anti-civil rights figures from the history of his adopted Mormon faith. He has respectfully played tapes of Ezra Taft Benson, who thought Martin Luther King was a communist agent out to destroy the Mormon Church (and who once wrote the foreward to a book of race hate whose cover illustration featured the severed, bloody head of an African American).

Beck has also implored his viewers to read the "divinely inspired" books of W. Cleon Skousen, another John Birch Society fantasist who believed that the civil rights movement was part of a worldwide Communist (and, later, "New World Order") conspiracy.

The above gives some sense, but barely scratches the surface of, Beck's long and disgraceful record on race. The Fox News host has also played a key role in the conservative attempts to whip up white opposition to Barack Obama by painting the president's health and environmental agendas as Trojan horses for "stealth reparations" for black Americans.

For much of the summer of 2009, Beck ranted about the alleged "black nationalism" of Van Jones, a White House environmental official who resigned last September after what Jones described as conservatives' "vicious smear campaign" against him. Beck also helped lead the racially charged cavalry charges against ACORN and Eric Holder's Justice Department (for its handling of the New Black Panther Party "scandal".)

So, no, Glenn Beck is not the inheritor of Dr. King's mantle. Had the two men been contemporaries, it is a very safe bet that Beck would have excoriated King for being a "progressive cockroach" and an enemy of the Constitution seeking to destroy America by spreading the "virus" of social justice. We know he would have done this because it's the same playbook he uses every day on radio and television. That's just who Glenn Beck is and always has been. It's a fact that all the deranged posturing in the world can't hide, regardless of the date printed on his coveted event permit."
Posted by Shaw Kenawe at 9:22 AM

Beck wants America to return to god [when did it turn away? Polls show that this country is the MOST religious of the western democracies--it's right up there with the Muslim countries in the Middle East in terms of people believing in God and attending services on a regular basis.

Here's something from ThinkProgress today:

As ThinkProgress previously noted, “Glenn Beck often speaks about faith on his radio show and Fox News program, but he almost never mentions his own faith — Mormonism.” Bill Keller, the leader of the world’s largest interactive Christian website, said earlier this year, Beck “lies to people” by trying to portray himself as a Christian. “The fact is, the beliefs of the satanic Mormon cult are totally inconsistent with Biblical Christianity,” Keller said. It’s politically convenient for Beck to be attacking Obama’s religion, while rarely ever mentioning his own.

Another instance of Beck's galloping hypocrisy and manipulation of his brain-dead followers.

If Glenn Beck and Sarah Palin are the best the RIGHT can do to come up with spokespeople for "Restoring Honor" then we are truly lost...

Two hucksters standing on the Lincoln Memorial raising the banner of Honor....

shaw - i hope you don't mind that we linked this post. good stuff!

puddy, I have no problem with that at all. Link away.

Beck is doing nothing new.

And sadly it isn't the first time the right-wing has shamelessly tried to co-opt the efforts of those who really did dedicate their lives to improving the lots of the rest of us.

For me this has always been unforgivable:

One of the most shameful, cynical episodes in politics during my lifetime.

great insight into Glenn Beck, if only the sheeple would read it and believe the truth of it.

Of course I love the Think Progress piece because of my run-ins with a few hateful Mormon bitches...

Very interesting... I didn't know these facts about Glenn Beck's past. I thought he was just about making as much money as he could off the tea-partiers by telling them what they wanted to hear.

The people who champion Beck apparently don't know what a fraud he is. He is the quintessential huckster, feeding off people's ignorance, stoking their fears and hatreds. He tells them what they already believe instead of enlightening them or convincing them to work with those who they may disagree with.

Now he's taking on the persona of a preacher--urging the country to return to god.

When the hell did the country turn away from god? It hasn't.


But Beck's followers won't get that obvious truth, all they need to hear is "god," and they'll follow him wherever he leads.

"America’s Divine Destiny, the Friday night warm-up to Beck’s Lincoln Memorial rally. The three-hour program at the Kennedy Center for the Arts combined gospel music, patriotic songs, and speeches about the need for spiritual renewal in America. It is impossible to overstate Beck’s assessment of the importance of his events. Toward the beginning of Divine Destiny, he stated, “this is the beginning of the end of darkness. We have been in darkness a long time.” Saturday’s rally, he said, would be a “defibrillator to the spiritual heart of America.” Near the end of the program, he emphatically declared, “We are 12 hours away from fundamentally transforming the United States of America. It has nothing to do with this city or politics, it has everything to do with God Almighty.”

because the MSM gave this clown a lot of coveraage and because he has a radio and tv show, we have the misconception that america admires the clown. it doesn't. a minority of american's like him. keep that thought in mind when you see his antics.

The twist now is, of course, to portray the victims of racism as its perpetrators, which plays into the right-wing persecution complex.

For what it's worth, the Catholic Church regards Mormonism as a heresy because it ascribes divinity to a person (Joseph Smith) other than Jesus Christ.

Here's a good joke, from a then 82-year old Rodney Dangerfield. Asked about his recent marriage, he said that "She's wonderful. A nice girl from Utah, a good Mormon girl. In fact, things are so great that I'm going to marry her sister!"

From the Glenn Beck Newsletter (which I subscribe to)

Expect miracles: An amazing moment happened just as the event kicked off... a flock of geese flew in perfect V formation over the Reflecting Pool straight towards the Lincoln Memorial. God's version of a military fly over?

Hilarious crowd reports: From 'tens of thousands' to CBS and their '87,000' number, the media bent over backwards to describe Saturday's sea of humanity on the mall in an unflattering manner. ... Glenn talks about not just the size of the crowd -- but more importantly the quality of the people who made up that crowd.

What does it all mean?: This will be in American history books, as I told you it would be...

"Expect miracles: An amazing moment happened just as the event kicked off... a flock of geese flew in perfect V formation over the Reflecting Pool straight towards the Lincoln Memorial. God's version of a military fly over?"

I saw this before a Grateful Dead show. God is a lot more likely to be a Deadhead than a Beckerhead. It was probably Jerry checking it out and shaking his head.

A flock of Canada geese flying over a mall is a miracle?

Here's what Christopher Hitchens wrote about it in Slate (he titled it "White Fright"):

At the last "Tea Party" rally I attended, earlier this year at the Washington Monument, some in the crowd made at least an attempt to look fierce and minatory. I stood behind signs that read: "We left our guns at home—this time" and "We invoke the First Amendment today—the Second Amendment tomorrow." But Beck's event was tepid by comparison: a call to sink to the knees rather than rise from them. It was clever of him not to overbill it as a "Million"-type march (though Rep. Michele Bachmann was tempted to claim that magic figure). The numbers were impressive enough on their own, but the overall effect was large, vague, moist, and undirected: the Waterworld of white self-pity.