Progressive Eruptions will be on vacation this week.


Be excellent to each other. 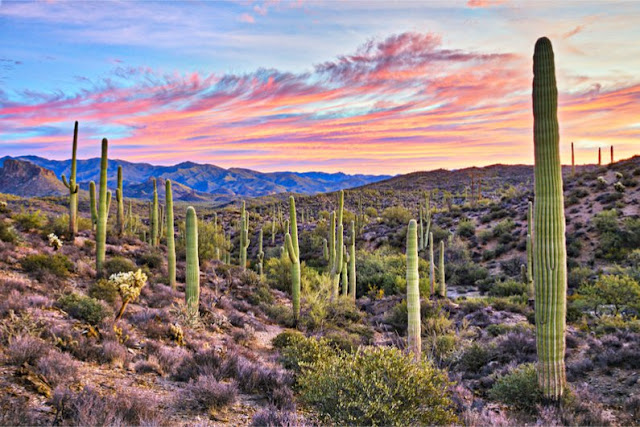 Posted by Shaw Kenawe at 6:00 AM No comments:

The Mueller Report Does Not Exonerate Trump

AG Barr says Mueller described the facts surrounding his investigation into allegations of obstruction of justice but made no determination as to wether Trump committed a crime, deferring to Barr.  (Don’t’ forget that Barr is Trump’s appointee, and Trump’s man in the DoD. –S.K.)

The report “does not conclude that the president committed a crime, it also does not exonerate him,” Barr quotes Mueller as writing.


"The Barr Letter says Mueller did not make a determination of whether Trump obstructed justice. It sets out both sides. But Barr concludes— on his determination — that there was no obstruction. How did he do that without trying to interview Trump?"

verb 1. (especially of an official body) absolve (someone) from blame for a fault or wrongdoing, especially after due consideration of the case.


AG Barr concluded that the Mueller report did not EXONERATE Trump from commiting any crime.


Give President Trump this much: In the face of the biggest existential threat to his presidency, the special counsel’s Russia investigation, he checked himself where it mattered most. Yes, his near-daily campaign to mock and discredit Robert Mueller’s “witch hunt” has now lasted longer than his campaign for the White House. His shameful, conspiratorial attacks on the “deep state,” and on the integrity of those who have devoted their lives to upholding the rule of law, have damaged the institutions of federal law enforcement and may have gotten him in even deeper trouble. Still, one persistent danger — that Mr. Trump would find a way to scuttle the investigation before it could be completed — never materialized.

On Friday afternoon, Mr. Mueller, nearly two years after he was appointed to look into possible ties between the Trump campaign and the Russian government, delivered a full report of his findings and recommendations to the attorney general, as required by Justice Department regulations. Mr. Trump even joined a remarkably bipartisan House of Representatives, along with a vast majority of the American public, in calling for the release of Mr. Mueller’s report. “Let people see it,” he said on Wednesday. “There was no collusion. There was no obstruction. There was no nothing.”

On the first point, we can all agree. William Barr, the attorney general, needs to release as much of Mr. Mueller’s work as he possibly can, and soon.

We’ll reserve judgment on the second. It may prove that Mr. Trump has kept repeating his mantra of “no collusion” because it’s true. But even if Mr. Mueller has found in the end that Mr. Trump did not knowingly conspire with Russia — and it is profoundly to be hoped that the report settles that question, one way or the other — that doesn't mean this inquiry has been a witch hunt.

Throughout the campaign and transition, Mr. Trump and many of his top officials and advisers had more than 100 contacts with Russian nationals and WikiLeaks, or their intermediaries. These contacts were apparently so unmemorable that many Trump advisers forgot all about them, even when asked under oath.

Read the rest here.
Posted by Shaw Kenawe at 8:39 AM 7 comments:

MUELLER HAS SUBMITTED HIS REPORT

THE INVESTIGATION IS FINISHED

WASHINGTON — Special counsel Robert Mueller has finished his investigation and submitted his report to Attorney General Bill Barr on Friday, according to a letter that Barr submitted to congressional lawmakers, ending the most politically significant criminal investigation in decades.


"I write to notify you pursuant to 28 C.F.R. 600.9(a)(3) that Special Counsel Robert S. Mueller III has concluded his investigation of Russian interference in the 2016 election and related matters," Barr wrote, according to a copy of the letter obtained by BuzzFeed News.


I don't try to change anyone's mind about Trump with my posts. I post here to document the atrocious Trump and his administration so that someday we can look back and shake our collective heads at the time 30 percent of America lost its moral compass and supported the worst president to ever sit in the Oval Office. Once, long ago, the GOP admired all things military to the point of fetishsizing anyone or anything associated with military service. Not anymore. We listen in amazement to the silence in the GOP while its morally diseased president insults, demeans, and mocks a dead naval officer who spent five years as a POW in Vietnam. It's astounding that very few Goopers have come out against Trump's shockingly dishonorable behavior. None of the usual right wing blogs have said a word about it. Moral cowards. That seems to be the only group left in the Party of Lincoln these days. Moral cowards. I write this to document once again Trump's determination to drag the GOP down to his petty, juvenile level where he never lets a grievance go unTwittered. And when he does so, the whole world sees what a small, jealous, inadequate human being he truly is. Trump on McCain's funeral: “I gave him the kind of funeral that he wanted, which as president, I had to approve,” he told a crowd at an Ohio event. “I don’t care about this, I didn’t get ‘thank you’ that’s OK. We sent him on the way, but I wasn’t a fan of John McCain.” Trump, as usual, is lying. He didn't "give" McCain the "funeral he wanted." Trump had nothing to do with it, except to supply Air Force Two to fly McCain to Washington D.C. for the honors and the memorial service he deserved, and to which Trump was barred, by order of the desceased and his family. This must be the core of Trump's jealously and envy. He was not allowed to be present at a very important national event to honor a national hero -- something that Trump knows he'll never be.

"Washington National Cathedral was honored to host the funeral service for Senator John McCain. All funerals and memorial services at the Cathedral are organized by the family of the deceased; only a state funeral for a former president involves consultation with government officials," a cathedral spokesperson said in a statement to The Hill on Thursday. "No funeral at the Cathedral requires the approval of the president or any other government official," he added.

I was no great fan of John McCain, and I blame him for his foolish choice of running Sarah Palin as his vice president. I'm sure he regretted having her on the ticket once her true character bled through the hype surrounding her introduction to big time politics. But despite the many issues I disagreed with McCain on, I never disparaged the suffering and pain he endured as a POW in service to America.  The GOP's president started his campaign by trashing John McCain, and Trump is still at it, this time mocking and trashing a dead man who cannot answer Trump's disgusting slanders. There's very little that is baser or more evil than that. Trump must know that he'll never be as honored, as admired, or, as Megan McCain said, as loved as John McCain.  This is a truth, and it must haunt Trump's villainous soul.

Could Trump be more odious, contemptible, shabby, and infantile?

Trump is one gigantic orange blight on our country. No one has ever seen such public petulance and abhorrent manners in a grown man, let alone a POTUS!

Trump is pissed because no one thanked him for John McCain's funeral (which he did not authorize, Congress did), and this is a new pathetic low for this loathsome worm:

Nixon at his worst was never as loathsome and twisted as this man, who is simply a terrible human-being. Does Trump think he could have stopped McCain’s state funeral (to which Trump was asked not to attend)? Not possible, Congress would passed a veto proof law overruling him!

Evan McMurry
✔@evanmcmurry
Pres. Trump on the late Sen. John McCain: "I gave him the kind of funeral that he wanted—which as president I had to approve. I don't care about this. I didn't get a thank you. That's okay." https://abcn.ws/2U3yMwk 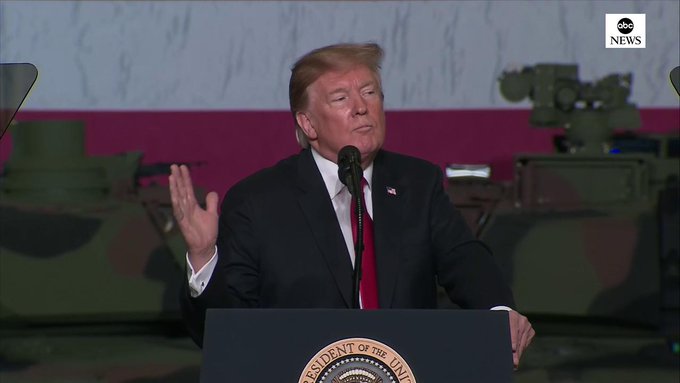 If the President had actually planned Senator McCain’s funeral it would have been catered with Macdonald’s.


470 people are talking about this

“I gave him the funeral he wanted...”


127 people are talking about this

I just want to be clear.

Because the dead guy didn’t thank him for his funeral.

But Trump approved the funeral.

John McCain was an inspirational public servant and sacrificed so much for our country. https://www.washingtonpost.com/politics/2019/03/20/mccain-family-deserves-better-republican-senator-says-trump-continues-lash-out/ …

Trump attacks McCain again, saying he didn’t get a ‘thank you’ for approving late senator’s funeral

"I didn’t get a thank you. That’s okay. We sent him on the way. But I wasn’t a fan of John McCain,” Trump said at an event in Ohio, even as Republican senators rose to McCain's defense.
washingtonpost.com

Herr Trump now claims credit for the McCain funeral! He says “as president” he had to “approve” it. BS! Lying in state at the Capitol was up to Congress, not POTUS. This despot has the gall to say a hero’s burial is within his control. What a putz.

Trump just attacked Senator McCain & his family again, because he says no one thanked him for McCain’s funeral. Funeral arrangements in the Capitol were made by Congressional leaders. Trump had nothing to do with it. It’s a new pathetic low for Trump & the spineless & silent GOP.

This is who they are! 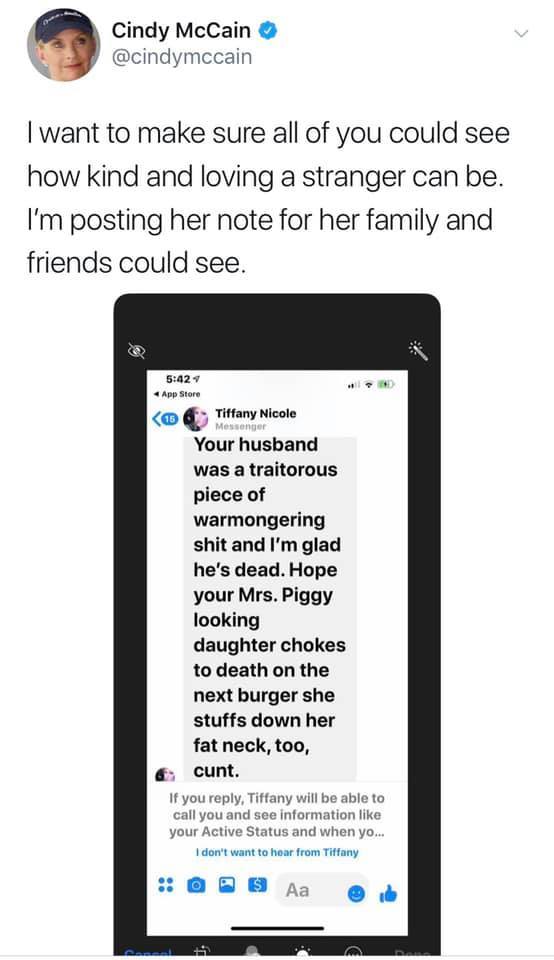