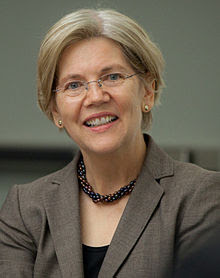 It's a great night for Democrats.

It was a great night for the Democrats!

Dave, do you think our friends on the right will say the American people have spoken, as they reminded us after the 2010 election?

PS. I'm not going to publish any negative comments today. I think this is a day we deserve to celebrate.

And a bit of advice circa 2006 from the late, great Molly Ivins on sportsmanship:

First rule: No gloating. Actually, there is gloating allowed, but only in the exclusive presence of other Democrats. Gloating in the face of Republicans is rude and unsportsmanlike, and just gives them one more thing to complain about. Also, remember there is a possibility there may be some Republicans on the civil service staff---I have seen this when the R's win---and it is really not good manners to watch them wailing around with their eyes brimming with tears.

Congratulations. The people have spoken, and America is a progressive nation.

I believe this is a generational and cultural watershed moment, possibly bigger than Reagan's 1980 landslide.

I wouldn't even begrudge you all gloating. You won.

It's a great day Shaw... Kudos to President Obama and his team...

I really was not worried at all. I just knew that we were not going back.

SF,
This hardly makes us a progressive nation, but we are slightly more liberal than we would have been with Romney elected.

Incredible organizational skills, determination and hard work by Obama, his team and everyday Americans like yourself, Shaw. Outside of the election in 2008 I have never seen anything like it. It is the new normal.

Interesting is the fact that 2% more of the vote was black in 2012 compared to 2004. 2% more was Latino and 2% more were young voters of all types. That is a clear indication that the demographic of voters has changed.

And it is more than the browning of America and my family; it demonstrates a raised level of participation, awareness, empowerment and interest in politics; local and national. This is a good thing.

We have a remarkable system!

What happened last night was a demographic time bomb that had been ticking and that blew up in GOP faces. As the Obama campaign had assumed more than a year ago, the white portion of the electorate dropped to 72%, and the president won just 39% of that vote. But he carried a whopping 93% of black voters (representing 13% of the electorate), 71% of Latinos (representing 10%), and also 73% of Asians (3%). What’s more, despite all the predictions that youth turnout would be down, voters 18-29 made up 19% of last night’s voting population -- up from 18% four years ago -- and President Obama took 60% from that group.

Americans have spoken
If House Republicans continue to be obstructionists, they will lose majority in 2014.

"We have a remarkable system."

Yes indeed we do.


Dick Morris is just a huckster. But George Will & Michael Barone getting map so badly wrong is a warning: GOP no longer knows its country

Here's a stat that I found remarkable...

In 1988 Bush the Elder captured 61% of the white males in America and won over 400 electoral votes.

In 2012 Romney captured the same 61% of the white males and won slightly over 200 electoral votes.

That about explains it.

If you are unwilling, or unable to reach out to a diverse section of the American people, you will not be able to win a national election in America any longer.

Shaw, Why do people like Will, Barone and for that matter, Rove, still have jobs?

They were either horribly wrong, and as such useless as analysts of American politics, or lied to the American people and told the truth to Romney.

Either they live in a bubble, or they tell the GOP only what they want to hear.
\

I went to several conservative blogs today. Many of them are saying we are now the USSA, IOW, we are now Communist Russia, and that there is no such thing as America anymore.

Pundits like Rove and Barone do their people no good by playing into their misguided fears and apocalypic predictions of where this country is headed.

But perhaps that's what keeps them getting a paycheck.

Steve Schmidt was a breath of fresh air when he openly challenged the GOP partisan view that we are rampant with voter fraud.

I saw those same blogs... I too have many friends who are commenting that they are just in tears today over the reelection of Barack Obama.

Remember the list Focus on the Family sent out in 2008 about all the bad Obama would do if he was elected? Well none of it happened did it.

It's interesting that I am not hearing a chorus of complaints from people of color. Are conservatives saying that all minorities are too stupid to think independently and are brainwashed?

They are even now turning on FOX News for daring to broadcast the truth [as much as FOX can] to them.

This is the GOP Uncivil War.

Will they change and morph into a party that can represent the new America, or will they double down and demand only a "True Conservative"?

It will be interesting to see.

How is the Boston media treating Romney and the GOP?

McConnell and Bonehead have spoken. They are going to continue their obstructionism. Nothing changes, nothing gets done. It's not enough to reelect Obama, Republicans must be removed from majority.

From the Boston Globe:

Sandy (the hurricane), Bruce (the Jersey rocker), and Bill (the former president) certainly helped President Obama in the waning moments of the race. But in the end the steadily rising economy kept Obama afloat and blocked Mitt Romney from reaching the White House. A majority of Americans were not as willing as Romney to blame the president for the nation’s problems, even after Romney spent two years relentlessly prosecuting Obama’s shortcomings: high unemployment, tepid growth, ballooning deficits. Deeply and evenly divided nation makes its choice.

Pundits will be pundits. That's what they get paid for.

Remember how shocked everyone was two years ago when the GOP took back the house? How many pundits were wrong then?

That's why I don't put a lot of stock in predictions.

And the Lord did smite Ralph Reed...

"I don't even know what to say. I think this election went to Obama through naked, outright fraud.

If not, then this Republic is dead. It is scarier to think that so many 'Americans' want on the brain-dead-nanny-state dole.

Impeachment is our next option.


"Revenge? I'm all for it...hopefully this new storm hitting the NE...I hope it buries these busturds and causes them more pain. Scream for FEMA I say...go ahead and scream....all you'll get is a cheezy photo op from the commie in chief....the campaigner in chief like he did before.

But that was GOOD ENOUGH for you morons the last time...to line up under such misery and hurting...and you still voted this turd in...who's given you NOTHING!

I hope it can stay positive here for a few days. Maybe even a little foreplay before we dive into discussions about 2013 let alone 2016 :-)

Best wishes to the northeast through the freezing storm. I can't imagine how frightening it must be to those without shelter and power. Deep Survival!

It may not be proper but I'm going to gloat if I feel like it and everywhere I wanna. After all the shit these ignorant hate mongers and fat cats have put the country through over the last few years, I have no intentions of being a good sport.

Anon 5:13 PM: I've been expecting worse, given the hate and hysteria animating some of those people. Let's hope it remains just talk.

Congratulations to Senator Warren and to Massachusetts.

The last gasp of a dying political culture, white supremacy.

Obama ran on raising taxes on the rich, yet, tan man says there is no mandate to raise taxes, even after last nights numbers.

Obstructionism continues. Lies and self delusion continues for Republiscums.

Hopefully this election will put an end to the racists birthers, but I doubt it.

As Republiscums like to eat their own, it's possible they might change leadership, don't bet your house on it.

Republiscums exclude minorities from their party, and Americans will not follow that lead.

Liberty demands freedom of choice, in all issues. If the country is divided, leave them choices, not closed doors of illegality.

Obama said, "We have to fix that." He was referring to the attempts at voter suppression. Suppression of free choice.

Diversity is not a dirty word, except in the Republiscum party.

To the head bigot RUSH, yes, change, or die.

Haters on both sides... Imagine that.

Big difference SF, the hate coming from Republiscums, is coming from their top leaders representing the whole party right down to haters like you.