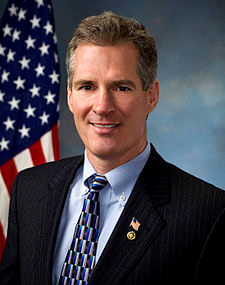 Scott Brown will have to defend his Senate seat come 2012, and his recent pledge to vote for Paul Ryan's extremist plan to radically change Medicare will not sit well with the voters in Massachusetts.

“Clearly Senator Brown is taking a position against the senior community here in Massachusetts,’’ asserted Carolyn Villers, executive director of the Massachusetts Senior Action Council, “not only the current seniors who struggle on fixed incomes, but the ability of future seniors and the growing senior community to be able to survive in their retirement.’’

"The GOP plan would alter the federal government’s role as the overseer of the Medicare program by creating a voucher system that shifts responsibilities to the beneficiaries. The plan, written by Representative Paul Ryan of Wisconsin, would also transform Medicaid into a block-grant system that hands much of the oversight of the medical program for the poor and disabled to the states.


After the House passed the budget, Senate majority leader Harry Reid, Democrat of Nevada, vowed that his chamber will hold a vote on it, forcing Brown and other potentially vulnerable Republicans in the 2012 elections to take a stance on the cuts. A vote is expected before Memorial Day." --Boston Globe

This is what Senator Brown said on May 16:

“The leaders will bring forward (Budget Committee Chairman Paul Ryan’s) budget, and I will vote for it, and it will fail."

That was then; this is now, and this is what his spokesman said today, May 18:


"A spokesman for Scott Brown called the senator’s comments an observation of political gamesmanship, not a commitment to vote for the House-passed plan."

Excuse me?  When did "I WILL VOTE FOR IT" come to mean "I'M JUST KIDDING?"

Senator Scott  seems not ready to be a leader, and he certainly has shown his word cannot be trusted.

“I mean what I say” is not the same as “I say what I mean." --Alice in Wonderland

We the people of Massachusetts will follow Senator Brown's vote very carefully to see if he really meant what he said. 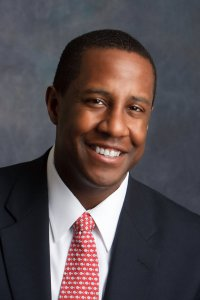 Meanwhile, I'm very much interested in the candidacy of Setti Warren, the mayor of Newton, Mass., who announced that he will seek the Democratic nomination to challenge Republican U.S. Sen. Scott Brown.

As I learn more about Mayor Warren and find that he is the sort of candidate that is qualified to be a US Senator, I WILL VOTE FOR HIM.

And I mean what I say.

Jeez! I'm 50 this year. I guess it's my mistake to be born 5 years too early. Come on! I have been paying into this since I was 13, and now I can just go and pound sand (not what I'd really say, but I won't swear here). I think the republicans have really overreached and are going to get the big smackdown come 2012.

The Republicans have voted to continue socialism for the billionaire oil companies, but mean to impoverish future seniors by putting them at the mercy of uncaring and callous insurance companies?

Apparently the GOP has a death wish.

That's a pretty strange definition of socialism, when the Republicans merely voted to let people keep more of their own money... thus not forcing them to raise gasoline prices.

I'd have agreed with you if the Republicans had actually voted to GIVE something to the oil companies.

Sorry, it is not a gift or a subsidy if a mugger steals your wallet but lets you keep your shoes. The shoes are yours to begin with.

I should have written "welfare" for the oil companies, not socialism. But it is taking government money in that the oil companies, and Exxon-Mobile in particular, are getting breaks from the US govt. while they are realizing A 69% growth rate. Why?

"QUESTION: If you think the government bailing out of GM and Chrysler was socialism then how is government sponsorship of oil companies not Socialism?

ANSWER: GM and Chrysler came to the government hat in hand to beg for government loans. Likewise the oil companies claim that without government subsidies they wouldn't be able to maintain the level of profitability investors expect and claim there would be significant losses.

How do Conservatives rationalize the existence of some difference in the states of these two industries?" --Yahoo answers

Shaw, in my opinion, your question s the question of the hour.

I have yet to hear a cogent answer from one single conservative on this.

Perhaps it is because to be honest, they would have to admit their biases.

But we will wait, and perhaps, receive an answer...

I am not holding my breath!

"...oil megacorporation ExxonMobil had such a profitable year in 2009, it contributed $15 billion to the world's tax coffers.

The bad news: Not a cent of that went to the IRS.

ExxonMobil, the world's second-largest company, says it actually paid out 47 percent of its profits in taxes, but not to the good ol' capitalist US of A. Says Forbes in a report on all the taxes of the US's top 25 firms (with added emphasis):


Exxon tries to limit the tax pain with the help of 20 wholly owned subsidiaries domiciled in the Bahamas, Bermuda and the Cayman Islands that (legally) shelter the cash flow from operations in the likes of Angola, Azerbaijan and Abu Dhabi. No wonder that of $15 billion in income taxes last year, Exxon paid none of it to Uncle Sam, and has tens of billions in earnings permanently reinvested overseas.

By contrast, the nation's largest corporation, Wal-Mart, paid $7.1 billion globally in taxes, and the lion's share of it—$5.9 billion, or 83 percent—went to the US government.

The most hilarious part is ExxonMobil still finds a way to bitch about its lot in life. The corporation's website includes an issues page on "industry taxes," which threatens that energy innovation is already on the ropes because of excessive taxes, and it will be forever consigned to the dustbin by any new taxes on windfall profits (or, we'd assume, plans like President Obama's to close the offshore earnings loopholes that saved ExxonMobil from the IRS this year). "While our worldwide profits have grown, our worldwide income taxes have grown even more. From 2004 to 2008 our earnings grew by 79 percent, but our income taxes grew by 130 percent," ExxonMobil's flacks wrote, presumably while playing the world's smallest—and most expensive—violin.

Not that this should shock anybody. In 2008, the New York Times discovered that one in four of the US's largest corporations regularly pay no income tax to the IRS, and billions are lost. Exxon's not alone: The Forbes article points out that General Electric avoided paying any income tax last year on profits of $10.3 billion. In addition to offshore tax shelters, GE had another ace in the hole: It submitted a record-breaking 24,000-page tax return. God bless the IRS's auditors; I'd have paid billions not to have to read that thing."

"Perhaps it is because to be honest, they would have to admit their biases."

Perhaps it is because they would have to admit their $ource$ of campaign money, i.e. democracy by graft.

the united states has one of the highest corporate tax rates in the G20. money, like water, finds it's own level.

As a Detroiter, my blood boils at the breaks that OIL got while the big 3 were constantly hammered with safty, fuel economy, and other regulations (none of which were financed by gov't. R&D money) while OIL not only never got beat up over safety and regulations (BP anybody?) but got tax breaks and subsidies to the point where they were the richest corporations anywhere in the world. It's not socialism Shaw, it's Fascism, plain and simple. We have a Fascist republic, and the best gov't that corporate money can buy.
Obama and the Democrats have made some strides at throwing the little guy some crumbs, but are powerless to implement the "real change you can believe in". Still, I'll take him any day over Bush or any of the Republicans. "You can always hire half of the poor to kill the other half" seems to be their strategy.

Shaw said: "I should have written "welfare" for the oil companies, not socialism. "

The point is the same, as I read the 'socialism' thing to pretty much mean welfare.

"QUESTION: If you think the government bailing out of GM and Chrysler was socialism then how is government sponsorship of oil companies not Socialism?"

Or welfare... The answer? Giving government money to someone can be called welfare. But you can't call a situation where nothing is given, and all that happens is that they are allowed to keep more of their own money (as with the tax breaks) welfare.

Tim: perhaps if the Big 3 were not so overtaxed and over-regulated, they would not have been 'on the ropes' to beg for handouts, true. The Granholm administration was pretty hostile the auto industry, encouraging them to reduce operations in Michigan. But Engler wasn't really any better.

"so·cial·ism/ˈsōSHəˌlizəm/
Noun: A political and economic theory of that advocates that the means of production, distribution, and exchange should be owned or regulated by the community as a whole."

please reacquaint yourself with the correct definition of socialism dmarks.

In the real world, most of the time the government NOT the community controls the means of production. The definition you chose doesn't fit much.

The definition at Free Dictionary is much closer: "Any of various theories or systems of social organization in which the means of producing and distributing goods is owned collectively or by a centralized government that often plans and controls the economy."

This one actually includes most socialists and examples of socialist governments/economies.