Would Donald Trump let this Jesus into the U.S.?


Would the anti-Middle Eastern hysterics of the usual fright wing news sites and blogs?

British scientists claim that this is the face of Jesus:

In order to create an accurate portrait of Jesus, the first step was to acquire skulls from near Jerusalem, the region where Jesus lived and preached, While this field of science, “forensic anthropology” is usually used to solve crimes, Richard Neave, a medical artist retired from the University of Manchester in England, realized it also could shed light on the appearance of Jesus.


Jesus may be shown as a Caucasian man with long, flowing, often blonde hair in many religious artworks, but Jesus would have likely had a darker complexion and short, curly hair, as [Neave] claims. Retired medical artist Neave has recreated the face of 'Jesus' by studying Semite skulls using modern-day forensic techniques. His portrait shows thaty [Jesus] may have had a wide face, dark eyes, a bushy beard and short curly hair, as well as a tanned complexion.


Without a skeleton or remains that can be categorically confirmed as Jesus, and a lack of physical descriptions in the New Testament, many previous images have been based either on the society in which the painter or sculptor lived or hearsay. 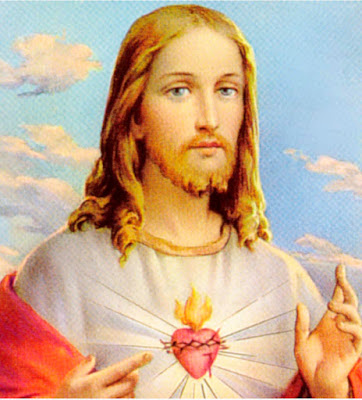 But it's highly probable, given today's anti-Middle Eastern racism running through the TGOP and other parts of American society, that the anthropologists' forensic version of what Jesus looked like, a dark-skinned, dark bearded Middle Easterner, would get him kicked off a flight to the U.S. from the Middle East and put on a "no-fly" list.


The Real Face Of Jesus
Posted by Shaw Kenawe at 12:48 PM

Only a sanitized bleached version will do!

Well Anon, I am a believer and I will say the pic on the top of the post is more likely to be a closer depiction of Jesus than the classic anglicized version many in the states worship.

Besides, who was Shaw attacking, specifically?

I deleted Anon's comment Dave. I don't know how it got by the moderation. But for those who'd like to know what Dave is commenting on, an Anonymous commenter claimed I was being a trouble maker or some such thing with "colorful" language by posting this news story on how Jesus would have looked, having been from a Middle Eastern country. I tied it in with Trump's idea of barring all "Muslims" from coming into the country.

Now we all know Jesus was a Jew and not a Muslim, but Jesus was certainly from the Middle East and a Semite, like many Muslims, so Jesus probably, according to anthropology forensics, looked very Middle Eastern. Not that there's anything wrong with that. It's just factual. And since a lot of Americans associate Middle Eastern men with terrorism, we hypothesized that were Jesus alive today and wated to travel to the U.S., Trump would probably put him on a "no fly" list.

No one was attacked, as the Anonymous claimed. But then this blog has had an inordinate number of less than bright trolls in comment moderation these past few weeks.


I'm glad you spend your time in discussions of the issues, instead of posting hate about someone, or something like the nut wingers. Thanks for giving us ideas rather than attacks.

Anon,
What is hateful in what Shaw wrote?

If they had their way, Trump supporters would probably want only white Caucasians admitted to the US, and all others currently here deported.

Wise words re: trolls and other assorted numbskulls:


"Arguing with stupid people is like playing chess with a pigeon: no matter how well you play, the pigeon will turn over all the pieces, shit all over the board and strut around as though it had won."

Looks like one of the guys on "American Pickers," so Trump would probably sign him up for a reality show.

Shaw... here's an interesting item on sale at the icon of American capitalism, Sam's Club...

Note they are sold out... maybe from excessive demand?

Jesus looks like a Puerto Rican gangbanger from New Yawk.....pat dat guy down for weapons! Could have fish and bread in his pockets!!