THE FAKE WAR ON CHRISTMAS 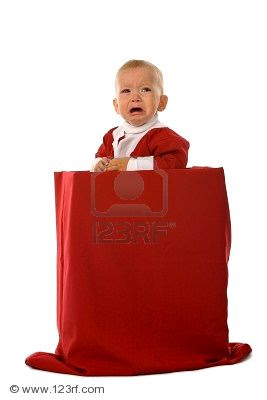 Like dutiful little parrots, a number of right-leaning bloggers are repeating the FAUX NOOZ talking points about a "war on Christmas."  Of course the only war being waged is the one  being fought by FAUX NOOZ and its viewers against rationality and sanity.  I took one sample from the blogsphere of this manufactured angst and posted it here:

"Why is it that whenever we chose to be Happy and Merry and to Celebrate, the Liberal Atheists follow right behind to do whatever the alternative may be?"

Hmmm.  I wonder if conservative atheists do whatever the alternative may be.

"Are they that stuck in their lonely cocoon of stupidity where as they can’t even leave a believer do what they please too?"

Good question, blogger. Actually what exactly IS the question? It is impossible to determine what thought you are trying to dislodge from the obviously constricted axons and dendrites populating the cacoon that houses your brain.


"We already have bent down to their demands and have lessened the joy of Christmas..."

How is it lessening the "joy of Christmas" when I'm forced to listen to "Joy to the World, the Lord is Come!" starting the day after Halloween as I'm shopping in my local pharmacy and bending down to grab a bottle of TUMS?

See the TUMS answer above.  And as yet, I haven't seen any citizen being dragged off to jail for wishing a fellow citizen "Merry Christmas."

"How much longer will we pander to these selfish groups? Not believing in the existence of God, any Gods is ok with me as long as they don’t stop me or try to stop me or others like me form doing whatever I please."

Well look pal, no one is stopping you from forming unfounded, paranoid claims about the non-existent plot to ruin Christmas for you or anyone.  But by Bacchus! I wish they would!

"Yet our President seems to jump at the chance to celebrate Ramadan every opportunity he gets."

Oh goodie, here's the "I-resent-the-president-acknowledging-that other-religions-exist-in-America" part of this excellent whine.  Conservative Republican President George W. Bush instituted the Ramadan celebrations when he became president, and held one every year for the 8 years he was in office.  However, I admit I have no memory of Mr. Bush jumping during the celebrations.

"Obama and others like him including New York’s Mayor Bloomberg pander to Imam Feisal Abdul Rauf more then to the average God loving American."

Oh I think Mr. Obama has pandered to the average God loving American.  For example,  recently President Obama met and tried to find common ground with  the soon to be "Weeper of the House," John Boehner--you can't get any more average than that.

"What’s with that? And this trend is growing faster than any other."

Actually, I believe expanding waistlines is the fastest growing trend in America.

"Atheists in America are becoming more demanding and more assertive in their demands every year."

Oh those pushy uppity assertive non-believing Americans! And what about what Mr. Obama said in his inaugural address? The Muslim-loving Socialist, Commie, Fascist, Marxist, arugula-eating Kenyan acknowledged that atheists exist in America! What's up with that?  Doesn't the president know that people who don't believe in gods should be burned at the stake or at the very least have a hot poker shoved up their anit-American arses--y'know, like they did in the good ole days of the Inquisition when people were murdered for not being the right sort of god-fearing Christian.

"While the typical citizens demands are shut out as fast as they are heard. This has become a sad state of affairs. And after all, who are the majority?"


"I think that the only way to put and end to this insanity is to stop electing liberal politicians that cowtail to the Atheists. What has happened to our right to believe in any religion?"

We athiests demand not only more cowtail, but more cowbell!


"And yes I believe that “In God we Trust”should stay on our country's money. Who would have thought that this would even be an issue?"

Who knew?  But seriously, friend, this is an issue churning in your feverish brain, influenced by other misinformed but passionate numbnuts.

Listen, I believe in letting people Prays in the schools, too.  If you want to prays in school, you prays in school--just prays to yourself.
Posted by Shaw Kenawe at 11:23 AM

An excellent and hilarious post Shaw! Those who believe in the fake "War on Christmas" just can't accept the fact that this country isn't all about Christianity. This is just another example of the conservative media (mainly Fox) getting their followers worked up over nothing. When I worked in retail, the phrase I used was "Happy Holidays" because it covers all the bases. If anyone was offended by my stance, they never said anything to me. For anyone who has a problem with the phrase "Happy Holidays", I have a suggestion for you: Where a sign or put a stamp on your forehead that says "Please wish me a Merry Christmas".

If they don't want to do that, I suggest they quit complaining!

Malcolm, I too have worked retail over the years and we stayed away for the most part from Merry Christmas, though not, as some suspect, because we hated Christmas, but because happy Holidays was more accessible to a majority of people in our pluralistic society.

it was, plain and simple, a business decision something the business loving conservative folks out there should applaud.

Fox is full of crap anyway, David Gregory said Merry Christmas just yesterday! I heard him myself! Who cares what you say? Say what you want and I'll say what I want. What the hell is wrong with HAPPY HOLIDAYS anyway?

Well of course there's nothing wrong with saying "Happy Holidays!"

After decades and decades of commercializing Christmas by everyone, we now have some people on the right upset because lots of nonChristians also participate in this season and don't always use the greeting "Merry Christmas," but instead prefer an all-inclusive one.

Since I can remember, there has always been a secularization of Christmas. And up until the advent of FAUX NOOZ, no one seemed to care. It was always up to individuals and families to decide how religious or secular this holiday would be.

How people greeted each other and how religious or nonreligious their Christmas traditions were didn't cause flame-throwing culture wars.

All of this folderol is made up controversy by a cable station that thrives on fake controversy and lies.

Shaw: That Blogger needs to understand that the decision to say “Happy Holidays” in lieu of “Merry Christmas” was NOT a Government mandate, but a CORPORATE decision brought on by the FREE MARKET. There is no insanity and no elected, liberal or otherwise, officials dictating to businesses on HOW they should greet their customers, therefore people have the RIGHT to believe whatever religion they CHOOSE, as is stated in our 1st Amendment. Maybe that Blogger should re-read it.

As a consumer this year I’ve said “Merry Christmas” to just about everyone—clerks, other consumers while standing in line, and the Salvation Army employees…and EVERYBODY replies back the same. If that Blogger’s joy has been lessened because businesses have decided to include ALL people, religious or not, then that is a personal problem not a national one.

P.S. In the future, if you ever want or need to link to an Atheist Conservative blog, you have my permission to use mine.

I too worked in retail and wished customers Merry Christmas and Happy Holidays, and no one was offended.

I think a lot of people willfully forget that Christmas isn't the only holiday that is celebrated in December--it's the biggest, for sure. I think having more people enjoying happy times is a good thing.

Happy Holidays to you and say it as much as you wish.

You hit it. When private businesses make a decision to include all their customers in the holiday season, that's a decision that's good for business. It has nothing to do with disrespecting anyone's religion.

I enjoy Penn Gillette, but I'm not sure I understand the "I am the Walrus" segment and how it relates to this post (I do admit I didn't watch the entire video, so I may have missed the relevant part.)

Did somebody say war on Christmas?

Seriously, the fundies increasingly seem to operate in this mirror-image bizarro world -- "Any time we can no longer make everyone else submit to our rules and preferences, that's oppression of us!"

I love your responses to the blog post. What this guy doesn't realize is that he and people like him are already far short of being the majority. Hard-line militant Christians are 10%-30% of the population, depending on what definition you use. The majority of Christians have a fairly secular world-view and don't fly into a snit when somebody says "happy holidays".

As Pamela points out, what kinds of decorations and greetings businesses use is their own decision -- the government couldn't regulate that even if it wanted to. If the majority consisted of people who objected to "happy holidays", businesses wouldn't use it, for fear of losing customers.

This is not only paranoia, it's paranoia over trivia.

The war on Christmas ended a long, long time ago and shopping won.

They trot this one out every year, so much so that it has become yet another meaningless Christmas tradition. It'a amazing what grieves small minds in a world of famine, floods, earthquakes, poverty, and disease.

"...the department stores can no longer post Merry Christmas signs"

The End is Near.

I say "Happy Holidays" because I live in a religiously diverse community; non-Christians I know would be more bemused than offended by "Merry Christmas." If Happy Holidays conveys the spirit of the season more effectively, why wouldn't one say it?

Shaw: Penn was relevant as a sort of Atheist Conservative blog link.