The Virginia federal district court judge who ruled yesterday that the individual mandate in the health care bill is unconstitutional is catching a lot of flack -- and not just for having a financial interest in an anti-health care reform consulting firm.

Legal experts are attacking Judge Henry Hudson's decision on the merits, citing an elementary logical flaw at the heart of his opinion. And that has conservative scholars -- even ones sympathetic to the idea that the mandate is unconstitutional -- prepared to see Hudson's decision thrown out.


"I've had a chance to read Judge Hudson's opinion, and it seems to me it has a fairly obvious and quite significant error," writes Orin Kerr, a professor of law at George Washington University, on the generally conservative law blog The Volokh Conspiracy.


Kerr and others note that Hudson's argument against Congress' power to require people to purchase health insurance rests on a tautology.


The key portion of the ruling reads:

If a person's decision not to purchase health insurance at a particular point in time does not constitute the type of economic activity subject to regulation under the Commerce Clause, then logically an attempt to enforce such provision under the Necessary and Proper Clause is equally offensive to the Constitution.

Kerr notes that this is all wrong. The Necessary and Proper Clause allows Congress to take steps beyond those listed in the Constitution to achieve its Constitutional ends, including the regulation of interstate commerce. Hudson's argument wipes a key part of the Constitution out of existence. Kerr says Hudson "rendered [it] a nullity."


In an interview with TPM this morning, Timothy Jost of Washington and Lee University, a supporter of the mandate, called the logic on this point "completely redundant."


"In Hudson's opinion he basically conflates the Commerce power and the Necessary and Proper power and says that each provision in a statute has to be looked at independently from every other provision, and each provision has to be independently authorized under the Commerce Clause," Jost said. "And if it isn't, the Necessary and Proper Clause doesn't grant any more authority."


As a result of this error, Hudson never engages the key question in the case: whether the individual mandate is a reasonable way for Congress to implement regulations within its purview.


"Given that existing Supreme Court case law gives the federal government a fairly straightforward argument in support of the mandate under the Necessary and Proper clause, Judge Hudson's error leads him to assume away as a matter of 'logic' what is the major question in the case," Kerr writes. "That is unfortunate, I think."

The judge who declared part of the Health Care law unconstitutional? He's a part owner of a GOP consulting firm that among other things represents Boehner, Bachmann, McCain and others who've spent the last two years arguing that reform was unconstitutional.

BLATANT AND SHAMEFUL  CONFLICT OF INTEREST.
Posted by Shaw Kenawe at 12:40 PM

This is a terrible decision trying to overturn a bad law. Fining poor people for not being able to pay for insurance is not healthcare reform. But, eviscerating federal power with such reckless disregard for the constitution and for the realities of 21st Century life is inexcuable.

Congress should replace the fines and other aspects of the wealthcare bill with Medicare for All. That would far more efficient and humane.

However libhom, it does not look like the GOP will be permitting any changes in the bill that would make it better, or correct some of the minor errors that are present in it.

They want nothing more than a complete reversal for Obama, and the right for everyone to choose not to have health care for themselves and their family.

I just wish we could get them to sign a waiver saying that when they cannot pay the bills for emergency, critical, or end of life health care, that they also have no right to expect any care, and if death results, so be it...

We are the only western democracy that does not offer universal health care to our citizens.

Many conservatives--Palin comes to mind--often extoll America's exceptionalism. Is it exceptionalism when families of sick children need to put tip jars in local stores to help raise money for life-saving medical care? Or for adults who need organ transplants to appear on teevee and tell of their desperate circumstances or of how their state--Arizona comes to mind--cut off funding for life-saving proceddures?

What kind of exceptionalism is that?

Oh, wait. Every western democracy that cares about the health and well-being of its citizens offers health care to its people. Every one...


EXCEPT the United States of America.

In that case, I understand why Palin would be proud of exceptionalism.

Dave: Their fanaticism probably will outweigh political expediency. Selectively repealing the fines for people who can't afford to pay and getting rid of other particularly awful parts like cuts in Medicare for low income elders would create far more public support than getting rid of regulations which cut back a bit on some of the most heinous HMO / health insurer practices.

Much meaningful improvement would happen if we got rid of the bans on health insurers competing with each other. We need much more competition, not less (single payer).

libhom: The ACA contains provisions to assist low-income people in buying insurance. The idea of the fine or tax or whatever you want to call it is to get people who afford insurance but don't have it to purchase it. Arguably, the fine is not great enough for that purpose. All non-single payer wealthy countries mandate purchase of insurance either by the individual or via an employer match. Mandates can be designed so that they are not onerous to the poor.

Medicare for All is unlikely to happen; there is simply no impetus for it. Historically, that kind of systemic change requires a prolonged mass movement along the lines of Abolitionism, women's rights, labor rights, and Civil Rights. Medicare for all is that big of a deal.

dmarks: I'm missing your point. Insurers do compete with each other; the business has already consolidated, so there just aren't that many of them. It's not like State Farm is going to start a health business any time soon; the entry barriers are just too formidable.

At best, that's an overly simplistic response to a complex issue: There's no way that "much meaningful improvement" would happen by doing any one thing.

An insurance reform that would open up competition is to let patients use out-of-plan providers without a reimbursement penalty. An in-plan requirement inhibits competition among providers, which in turn reduces the incentive to compete on the basis of quality and price. Although even that has limited use without standardized measurement and reporting of outcomes that can be easily obtained and understood.

Re single payer, the countries that have it do a lot of things right that we can learn from. They have strong public health programs, excellent primary care, and are great at disseminating best practices. Each of those reduce costs and improves population health. Finland, for example, has a public health program to reduce obesity that has actually worked. With Canada, it is the only country that can claim that.

K: Last time I checked, there were hundreds private insurers. States have barriers to keep them out, along with sweetheart deals to protect / encourage monopolies (i.e. version of Blue Cross, Blue Shield).

dmarks, allowing interstate selling of insurance doesn't solve the problem of pre-existing conditions and catastrophic illnesses that have allowed private insurers to deny or rescind medical coverage. Also Americans, in many cases, have had to fight tooth and nail with the insurers for necessary medical tests and procedures. And then there are the heartless monsters, like Gov. Brewer of Arizona who truly oversee death panels--she is denying life-saving medical help to people who need organ transplants.

She is a death panel for real. This does not happen in other democracies, why should it happen here?

This is an interesting discussion of the Health Care problem.

And of course the obvious:

Not sure what happened to Arthurstone's comment about Porter and Teiberg; Redefing Health Care is an important book that assesses health care policy from the perspective of patient value. One of its conclusions is that no major external form can succeed without an internal overhaul. And they specify exactly what needs to happen and why they think it will work.

Thanks for noting the disappearing comment from Arthurstone. It went into Blogger's SPAM folder in Comments after briefly appearing here.

This has happened to me on other blogs. I post a comment, it shows up in the comment section, then when I return to see if anyone commented on it, it's gone.

That's what happened to Arthurstone's comment. I reinstated it from my SPAM folder to my COMMENT folder.

I forget to check the Comment section on Blogger every day to make sure legitimate comments are not sent to the SPAM folder by mistake.

Arthur: Does your argument for zero choice and monopoly control (competition is bad) apply to other areas of the economy?

I take it back: It is a complete misreading.

P&T also call for insurance reforms as well as federal, state, and community policies and actions directed at creating competition based on patient value. In other words, they aren't so naive as to think that something as simple as -- say -- selling insurance across state lines will solve everything.

It might be a good idea if you actually studied up with an open mind instead of making a knee-jerk response. Just a thought.

It isn't a serious question.

But I certainly believe government has a legitimate function in health care.

The good news is that if the Supremes uphold their kindred spirit in Virginia and throw out the insurance mandate the way is cleared for a single payer system.

Arthur, I'm much less sanguine about the likelihood of single payer should the SC strike down the ACA. As I've written elsewhere, the American don't want it and progressives are unlikely to mount a movement for it.

Since I believe that a healthy population with access to affordable, quality healthcare is in the national interest, then I also think that striking down the ACA would be a setback. This isn't because I regard the ACA as a perfect end; rather, it is an imperfect beginning. Striking it down removes the Bismarck model from the toolbox, and we need all the tools we can lay our hands on.

What's more likely to happen, IMHO, is that the Democrats wash their hands of health care as an issue. They'll stymie Republican plans to privatize health care as best as they can, but the attempts will become more and more halfhearted as time goes by. Consumer Driven Health Care will become the predominant model, except that conservative politicians are likely to ignore conservative health policy thinkers and not even take the step of guaranteeing vouchers for all.

I don't believe that we can sustain a functional health care system on that basis, and we'll be stuck with one that rations evermore on the basis of income: Mandates will be off the table and single-payer won't be that much more likely.

Apologies for painting such a bleak picture, but that's what I see happening if the ACA is repealed or overturned.

Now that we've cleared up Iraq, can see the end of the tunnel in Afghanistan, extended unemployment benefits and begun a bit of health care reform it's time to turn our sights on other opportunities.

Can't wait to see what's up next on the Democrats agenda.

To be fair though, President Obama did save capitalism.

You'd think the Republicans/Conservatives would show a touch of gratitude.

Being Republican means never having to say your're sorry. 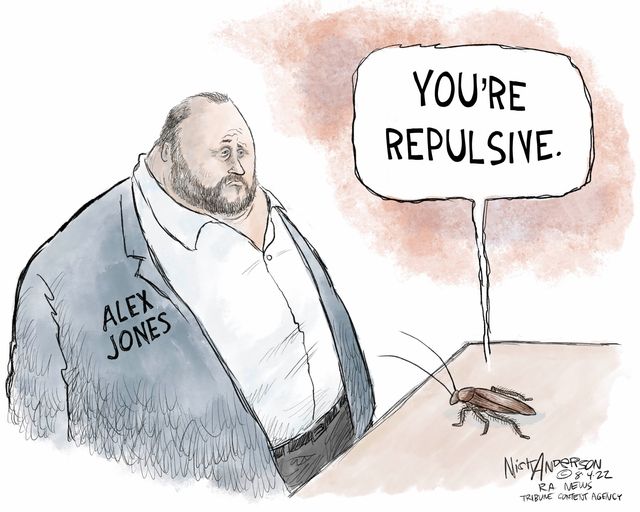