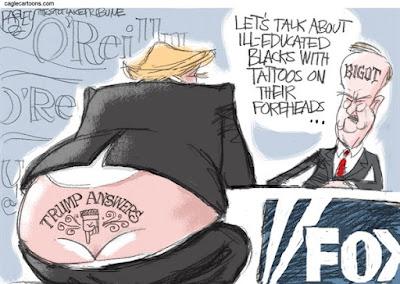 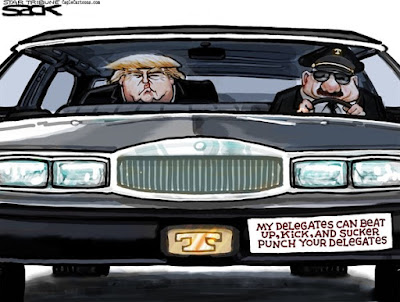 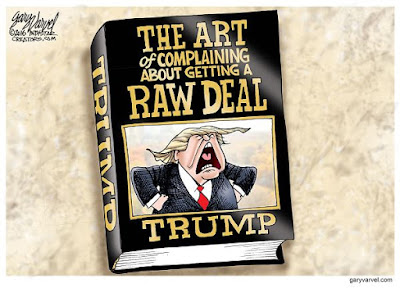 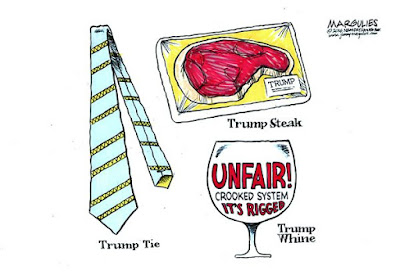 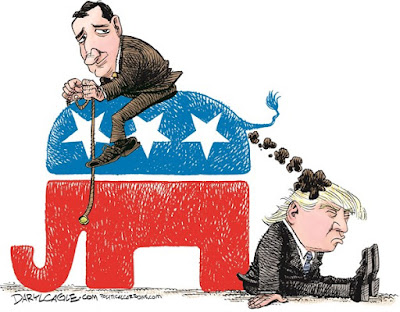 Trump will make America great again by being a WATB?

Drumpf is certainly a piece of work. He has accomplished bringing the craziest rightwing loonies together to challenge rational thought and commonsense .

Unfortunately for him, it's his delegates that are going to get sucker punched. Donald went into the game not knowing who the fish was.

Trump is the smartest guy in the room -- or so he brags. But if he's so smart and know so much about Pennsylvania...

While bragging about how well he knows Pennsylvania, Donald Trump said, “We love the place. Just so you understand, I went to school in this state. Right? We know that, right? So I know a lot about Pennsylvania, and it’s great. How’s Joe Paterno? We are going to bring that back. Right? How about that whole deal.”

Trump knows Pennsylvania so well that he apparently doesn’t know that Joe Paterno died in 2012. When Trump asked how Paterno was doing, the answer was the same as it has been for the last four years. Coach Paterno is dead. Trump promised to bring that back, and in this case, the that was a dead man.

The other problem with Trump bringing up Paterno was that his rally was in Pittsburgh. Joe Paterno coached the rival Penn State Nittany Lions. I suspect that Pitt fans don’t want Paterno to be brought back in either zombie or human form.

You go, Donald! The smartest guy in the room goes to Pittsburgh, talks about Joe Paterno, as though he were alive, trying to ingratiate himself with the crowd, and makes a complete jackass of himself.


Trump is NOT my candidate -- my dream candidate is Rafael Eduardo Cruz.

After watching him on CNN last night I’m almost not dreading voting for him now!!!

Trump is NOT my candidate -- my dream candidate is Rafael Eduardo Cruz.

After watching him on CNN last night I’m almost not dreading voting for him now!!!

When the alternative is worse, punt.


I sorta thought so too. But I do love the name. Does she/he/it post there using material from my comment section? Some folks have too much time on their hands. They should stick to writing poetry and stop trying to be a comedy act.

At any rate tis why I posted as I did. Annoying blockheads gives a slight, however certain measure of satisfaction.

Nope... the posting from you mostly is done under another moniker.

Our old "friend" FreeThinke is another in this long line, seeming to have about a dozen different personalities. Which might explain a lot...


Well, I don't know who the real "Lady Pinkbottom" is, but I do know the name is hilarious. Dickensesque IMO. One of my favorite characters in his novel "Bleak House" was "Prince Turveydrop." Lady Pinkbottom is on a par with that. My next door neighbor, years ago, had a daughter-in-law whose maiden name was Longbottom.