ARIZONA IS THE NEW BALDONIA! 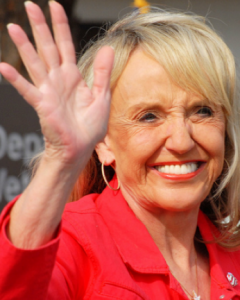 In addition to it's "Show Me Your Papers" law, where anyone in Arizona who is brown and/or brownish can be stopped and asked to identify him/herself to prove they are in the state legally, and in addition to Arizona's new ban on ethnic studies, we now have the trifecta of bigotry:

No teachers with accents allowed in the classroom!

Do we see a pattern here, and is it a pattern that targets certain ethnic groups?

Jonathan Zimmerman of the Atlanta-Journal Constitution asks the reasonable question:  "But why should the state police accents?   ...most immigrant teachers today have full command of the English language. They just pronounce it differently."

Nice job, Arizona.  In your state, if Albert Einstein were alive, you would bar him from teaching science; Luciano Pavarotti, were he still living, could not give a lecture on Italian opera;  Arnold Schwartzeneggeer cannot teach a civics class; and Henry Kissenger would not be able to expound on international relations [well maybe that's not so bad].

"After World War II, similarly, black teacher applicants were often turned down because of their accents. As historian Christina Collins has found, examiners rarely made explicit reference to race in their decisions. Instead, they downgraded African-Americans for using so-called “regional” speech. In one notorious case, two rejected black applicants were told that they “speak with a Southern accent” — although neither had ever been to the South!


To be fair, there were — and are — distinctive African-American language patterns. But if a state today tried to keep out teachers with “black” accents — or ordered schools to keep those teachers away from students who shared the same speech habits — we’d call the effort what it is: bigoted."

I propose that Arizona complete its determination to rid itself of everything ethnic and of color.  That would mean changing its name, since the root of the name Arizona is from the Spanish interpretation of "arizuma," an Aztec Indian word that means "silver-bearing." It's also based on the Pima Indian word arizonac, meaning "little spring place." Many state names trace their origin to native American Indian languages.


"Arizona" seems a bit too colorful a name for a state that appears to want to scrub itself clean of any tinge of ethnicity and brownishness.

May I suggest this as a name more representative of what Arizona wants to be:

I'd spell Arizona with a swastika in place of the Z, but I don't know how.

Still, I think it that way.

I'd like to propose to all those small government libertarians in the Swastika State that not only should small town cops be able to enforce Federal Immigration law, but other Federal laws too.

I think they should be able to demand tax records from anyone looking suspiciously affluent, examine any phones or computing devices for illegal images and further detain you without charges until your DNA has been processed to make sure you haven't committed any sex crimes.

In my day, the streets of Phoenix would have been full of anglo college students dressed as mariachi bands looking to flood the jails and sue the hell out of Arseholezona, but this ain't my day, is it.

Perhaps Arizona should take Palin's lead and advocate to secede.

I was wondering Shaw, if someone with a strong Bostonian or New York accent are qualified to teach in Arizona?

But hey, they are not targeting people of color, just people in the state illegally...

A very close friend of mine--since high school--taught in a school just outside of Flagstaff. Most of her students were Latino, and she was tough on them in that she made them do the work and took no excuses from the kids. They respected her, and loved her.

She had a Bostonian accent. Probably warned them about driving their cahs aftah drinkin'.

Arizona should secede. At the very least the powers that be should be considered a danger to society and put behind barb wire before they do anymore harm.

I posted about this - different take but linked to you.

Dave: "I was wondering Shaw, if someone with a strong Bostonian or New York accent are qualified to teach in Arizona?"

I myself was wondering about those who pronounce coupon as "coopon", important as "impordunt", and program as "progrum". Accept pet peeves of mine.

Eugene Robinson of the WaPo:

"At least we don't have to pretend anymore. Arizona's passing of that mean-spirited immigration law wasn't about high-minded principle or the need to maintain public order. Apparently, it was all about putting Latinos in their place.

It's hard to reach any other conclusion given the state's latest swipe at Latinos. On Tuesday, Gov. Jan Brewer signed a measure making it illegal for any course in the public schools to "advocate ethnic solidarity." Arizona's top education official, Tom Horne, fought for the new law as a weapon against a program in Tucson that teaches Mexican American students about their history and culture.

Horne claims the Tucson classes teach "ethnic chauvinism." He has complained that young Mexican Americans are falsely being led to believe that they belong to an oppressed minority. The way to dispel that notion, it seems, is to pass oppressive new legislation aimed squarely at Mexican Americans. That'll teach the kids a lesson, all right: We have power. You don't.

Arizona is already facing criticism and boycotts over its "breathing while Latino" law, which in essence requires police to identify and jail undocumented immigrants. Now the state adds insult to that injury."

State superintendent of schools, Horne, admitted that he has never sat in on any of the ethnic studies classes, but only heard that they teach resentment.

Officials in the state of New Baldonia have insisted that none of these laws are targeting any one particular ethnic group. However, yesterday New Baldonia DID pass another law that made it illegal to fry beans more than once.

Arizona always had racist crazies. Barry Goldwater got into politics because he was offended at efforts to make him hire blacks in his department store.