JOE SESTAK IN HIS OWN WORDS:

Certain rightwing blogs and bloggers are salivating over the nonstory about Joe Sestak and the offer to join a presidential board.  Every knowledgeable lawyer has said nothing scandalous happened and no laws were broken.

But that didn't stop the rightwing bloggers from going into insane mode over the story that wasn't there.

Sestak just issued a statement confirming what the White House had released.

"Last summer, I received a phone call from President Clinton. During the course of the conversation, he expressed concern over my prospects if I were to enter the Democratic primary for U.S. Senate and the value of having me stay in the House of Representatives because of my military background. He said that White House Chief of Staff Rahm Emanuel had spoken with him about my being on a Presidential Board while remaining in the House of Representatives. I said no. I told President Clinton that my only consideration in getting into the Senate race or not was whether it was the right thing to do for Pennsylvania working families and not any offer. The former President said he knew I'd say that, and the conversation moved on to other subjects.

There are many important challenges facing Pennsylvania and the rest of the country. I intend to remain focused on those issues and continue my fight on behalf of working families."


It's called political horse trading and has happened many times in the past: 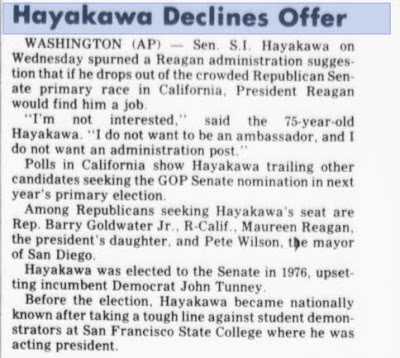 My advice to the bloggers hoping to make something out of nothing:  Go help the people in the Gulf clean up the mess that a private corporation made.
Posted by Shaw Kenawe at 10:28 PM

"Every knowledgeable lawyer" sounds a lot like "no credible scientist disagrees with the manmade theory of global warming."

If this Sestak scandal had happened during a Republican Administration you would be crying for blood.

The White House's defense raised even more questions. Specifically, how many meetings or contacts did the White House have in that two month period their "report" mentioned. Surely, Bill Clinton wasn't tasked to be Sestak's best buddy all that time.

You stick your head in oily sand if you want. The adults will once again have to clean up the mess.

Oh brother. Mike's America, the adults will clean up the mess??? That's hysterical. Hysterical. Your side hasn't acted remotely adult since November 2008. We're cleaning up your mess, thank you very much. This non-story is not exactly a mess. Did you see the clip of the Reagan story? You choose to ignore that, of course. I forgot, everything is ok when a Republican does it. You people can do no wrong. Sickening.

"If this Sestak scandal had happened during a Republican Administration you would be crying for blood."

Mike, you've completely ignorned the fact that this DID happen during a Republican Administration.

The newspaper clipping in my post shows that Ronald Reagan offered a paying job to Hayakawa to drop out of the Senatorial race.

I would like you to tell us how what Ronald Reagan did is any different from what the Obama administration did.

Give it up. There's no scandal here.

Mike's America has his own blog and I used to comment there, but stopped doing so a long time ago because any time I left a comment he always referred to me a "Commie Shaw" and other childish names that I've long forgotten.

I mention this just so you can understand the level of "grown-up" discussion he promotes on his blog.

I saw this over at a radical right blog:

"the usual suspects are saying that there's nothing there! Or they are digging out there Google links to show that Reagan and Bush did similar things. Naw, sorry you losers, the blame the old guys ain't gonna work!"


This blogger thinks its "blaming" Bush and Reagan to point out that Reagan offered Hayakawa a paid job to drop out of a Senatorial race, and no one called for Reagan's impeachment or labeled it a scandal.

btw, no one brought bush into the discussion, but this particular blogger cares nothing for accuracy or coherence. They don't understand the difference between hypocrisy and blame.


But they're Goopers, what do we expect?

Yet another Dem representative with a S___ak name no one has ever heard before, enjoying a few minutes of fame.

Nothing the scoundrels on the right hyperventilate about is surprising anymore. Their hypocrisy, delusion, tunnel vision and refusal to explore the facts of history and current events has hit an all time low. Their credibility is shot to hell in a handbasket.

While this certainly was unethical, it doesn't rise to the level of criminality.

Anyway, I'm glad that Sestak won and hope Blanche Lincoln loses in Arkansas. We need to fire some of these corrupt DINOs in order to let the rest of the politicians know that they have to listen to middle class and poor voters, not just wealthy donors.