These are districts represented by Republican senators and representatives: 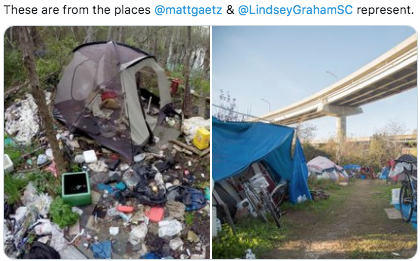 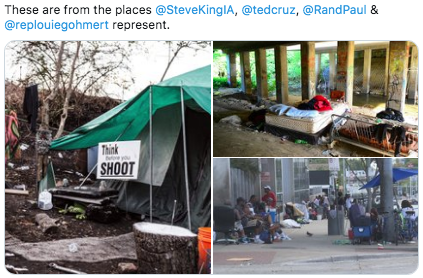 Ben. No More, No Less.@BJS_quire

I can't believe the conditions in Baltimore!

They're from the places @Jim_Jordan & @senatemajldr represent. 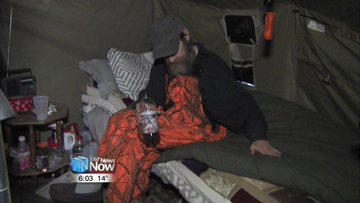 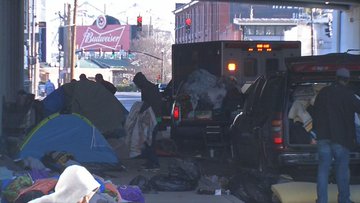 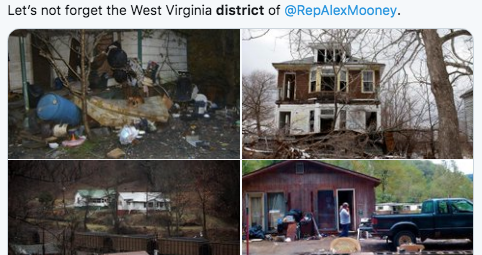 You can find examples like these in every city even Boston. The US has spent trillions on eliminating poverty since LBJ came up with the great society give away. Poverty was at 14% at the start of that program and 50+ later and trillions of dollars spent it is 14%.


Politics and crooked politicians need to be held accountable for this deplorable situation. You give commings a pass on this because he is a democrat and of course a racist, he hates whites. Now he wants to spend money on taking care of people who enter the country illegally when he could spend that money on his own constituents. If you call out a black politician, even one who was accused of sexual harassment. you must be a racist.
Nope, don't hold any politician accountable.

You can thank a politician for that.

"You give commings a pass on this because he is a democrat and of course a racist, he hates whites."

His name is Elijah CUMMINGS. Can you back up your claim that he's a racist? Has he ever beaten up a white person for daring to sit at a lunch counter? Has he ever called the sheriff on a white person for trying to enter a publicly funded university or school? Has he ever encourage black police officers to pull over white people and kill them for taking their wallet out of their pocket? Has a large white man ever been tackled and choke-held by a bunch of black cops until that white man died while yelling for his life?


I provided evidence of Trump and his family's racism -- the federal goverment had to go to court against the Trumps for descrimination against African-Americans. Trump's son-in-law is a slumlord in Baltimore, making money off people's hardships.

You did nothing but slander Rep. Cummings and provided nothing as evidence. That's exactly what Trump does all the time. I call Trump a bullshitter for doing that.

Racism is a state of mind and all you did was quote actions. Elijah even called Baltimore a drug infested area, guess that shows he is racist. Stating facts does not make one a racist even for cummings.

Ah yes, cherry picking numbers to suit your political leanings. Here is some info from the scholarly report: The Accomplishments and Lessons of the War on Poverty from Martha Baily (U of MI) and Sheldon Danziger (U of MI National Poverty Center)

"Misconceptions have been rife for some time, partly grounded in political opposition and partly attributable to incomplete data. Early evaluations neglected the fact that benefits from human capital investments and racial integration would unfold gradually. We have learned, for example, that early childhood education most visibly pays off when youth reach college age or enter their prime working years. State of the art studies featured in our book show that many War on Poverty programs enhanced human capital over the years by improving health and reducing racial inequality.

But what about the undeniable fact that poverty rates remain high? The official federal poverty measure is outdated, because it does not include income boosts from food stamps and tax credits. A recent study using an improved poverty measure found that, in fact, U.S. poverty declined by 26 percentage points from 1960 to 2010 – with most of the reductions in poverty registered before 1980 when anti-poverty efforts were getting increased federal funding.

The original architects of the War on Poverty could not have anticipated that dramatic changes in the U.S. economy after the 1970s would keep future fruits of economic growth from trickling down to the poor. Globalization, labor-saving technological changes, and reductions in labor union enrollments have all combined to hold down wage increases for American workers without college degrees. Poverty has also been worsened by rising numbers of single-parent households and big jumps in the numbers of low-income men sent to prison for long stretches. So many winds of economic and social change have pushed against efforts to boost the poor, that poverty would probably be considerably higher today without the accomplishments of the War on Poverty."


Possumlady That's a really good point. But I'm afraid in this age of soundbites, most people won't take the time to read and digest whaat the report has to say.

Our only hope is to kick that awful man out of the Oval Office and get this country moving in a forward direction.

That's NOT the same as saying Baltimore itself is "rat and rodent infested," and "no human being would want to live there." We all know what Trump meant by that.

Obviously Shaw you, somehow knew what Trump was talking about....care to share it

Anonymous said...
Obviously Shaw you, somehow knew what Trump was talking about....care to share it

I'll repeat part of the statement from the Washington National Cathedral in hopes that it will enlighten you (you know, the Cathedral where many of the past Presidents and Heads of State have their funerals):

"Make no mistake about it, words matter. And, Mr. Trump’s words are dangerous.

These words are more than a “dog-whistle.” When such violent dehumanizing words come from the President of the United States, they are a clarion call, and give cover, to white supremacists who consider people of color a sub-human “infestation” in America. They serve as a call to action from those people to keep America great by ridding it of such infestation. Violent words lead to violent actions."

Here's a laugh for ya:

The Trumpanzees on the far right blogs calling Joe Biden "Gropey Joe." Those Trumpanzees manage to keep Trump's 20+ accusations of sexual assaults by women and Trumps own admission that he gropes females out of their tiny little heads.

You'll never be able to get them to see their stupidity of calling Biden that name while ignoring the man they support and all of his uninvited gropings.

Because you can never win an argument with an idiot.

Re "Republicans who represent devastated districts shouldn't support Trump's racist attacks on Baltimore"... White republican representatives aren't responsible for devastated districts. It's the fault of the Black people who live there. Quote: "Naturally, they also have the highest negroid population percentage...".

That was a cut and past from one of the racist commenters over on WYD, btw. The blog where they stridently deny any racism from tRump on this matter. He only tells the truth... and how can the truth be racist?

Regarding Skudrunner's assertion that Elijah Cummings hates White people - according to Rep Cummings, the White republican Rep Mark Meadows is "one of my best friends".

Elijah Cummings: "...Mr. Meadows, you know — and of all the people on this can committee, I've said it and got in trouble for it. That you're one of my best friends. I know that shocks a lot of people".

Obviously their hatred for each is quite extreme. Why else would you refer to someone as a "best friend"?

Did Dervish really just make the "He's not a racist cuz he has a black/white friend" defense?

Possumlady: The original architects of the War on Poverty could not have anticipated that dramatic changes in the U.S. economy after the 1970s would keep future fruits of economic growth from trickling down to the poor. Globalization...

If a working class White man can't find a job because the good paying Blue Collar jobs were outsourced to low wage countries, blame the globalist Jew pig. If a working class Black man can't find a Blue Collar job? Blame the Black man's laziness. Obviously he doesn't want to work. Explaining why he votes Democratic - for the free stuff. Also because he would rather use drugs and engage in criminal activity.

BTW, as far as drug use is concerned, if you're White and addicted to opioids it isn't your fault. Explaining why Dotard pretends he cares about the issue.

Are you real skudrunner? Racism is a state of mind and ones observable actions over time are clear indicators if that person's state mind regarding racism.

I just need to repeat this sentence from the Washington National Cathedral's statement from last week:

And then came El Paso and Dayton...