The highest-ranking North Korean defector in decades told me Kim Jong UN likes President Trump because he’s not “moral,” and doesn't judge."All previous US presidents so far have been very moral and they paid great attention on the America’s moral image," he said of Trump.
8:08 AM - 30 Jun 2019

Trump describing his DMZ visit with Kim Jong Un in heroic terms, that he saved the Korean peninsula from war. Others dismissing it as a tyrant-coddling campaign stunt, exposing his admiration for leaders with unchecked power.
11:30 PM - 30 Jun 2019
57 replies183 retweets701 likes 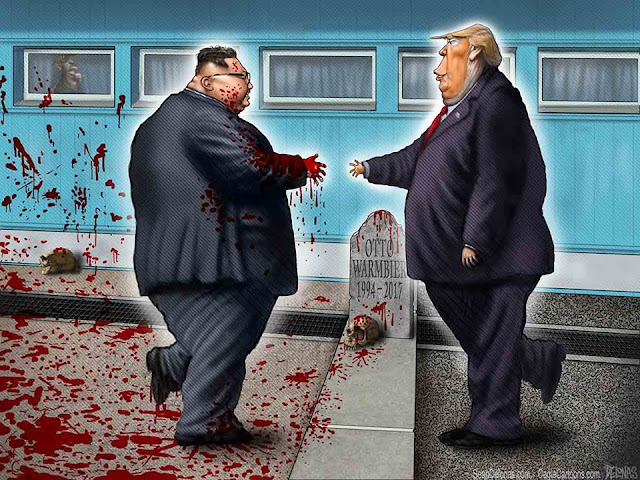 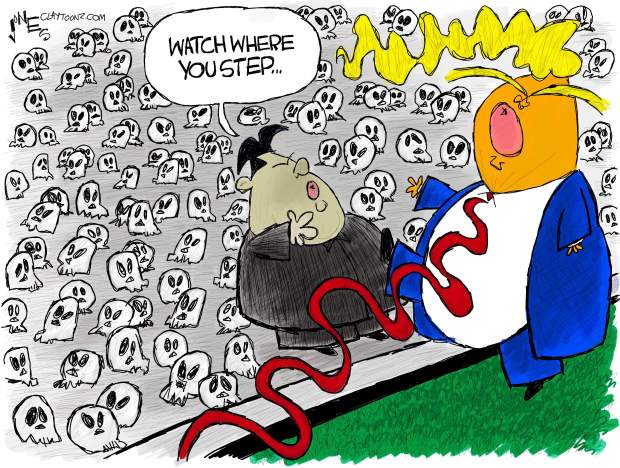 Keep your friends close and your enemies closer. He should just throw billions at him after all that worked well for Iran.