Jeffrey Epstein: Trump once praised billionaire charged with sex trafficking minors for liking women 'on the younger side'

"I've known Jeff for 15 years. Terrific guy. He's a lot of fun to be with. It is even said that he likes beautiful women as much as I do, and many of them are on the younger side. No doubt about it — Jeffrey enjoys his social life." 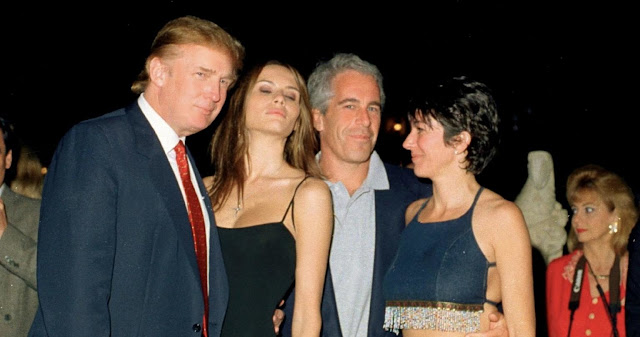 Epstein was arrested Saturday and is expected to appear in federal court in New York on Monday. Epstein faces charges brought by US prosecutors in Manhattan, after previously evading similar charges when he secured a non-prosecution deal with federal prosecutors in Miami.

The indictment alleged that the crimes occurred in both New York and Palm Beach, Florida. A team of federal prosecutors from the Southern District of New York, along with some in the public corruption unit, have been assigned to the case. Maurene Comey, the daughter of former FBI director James Comey, is one of the prosecutors, according to a source with knowledge of the case.

Why the Trump White House Is Caught Up in the Jeffrey Epstein ScandalIn the years since Mr. Epstein was first accused of sexually abusing minors, one of Mr. Trump’s Cabinet officials has been accused of letting him off easy.

Trump Is Unusually Friendly With People Accused Of Crimes Against Children

My thoughts on Jeffrey Epstein: it is a just thing he may finally be held to account. And all those who were connected to him whether president or former, republican or Democrat, lawyer or layman should be held to account as well.

\
Epstein is connected to US Atty. Gen., Bill Barr.

Bill Barr's father, Donald Barr, was headmaster at the Dalton School in NYC. He hired Epstein, a two-time college dropout, to teach physics and calculus to high school students.

Alexander Acosta, the U.S. Atty. in Miami who cut a secret deal to keep Epstein out of jail and sealed all the evidence was Trump's mysterious pick for Secy. of Labor!

Epstein is buddies with Barr’s father who once hired him to teach at a swanky private school.

The firm where Barr worked before he became AG once represented Epstein.

One of the prosecutors on the new case is Jim Comey’s daughter.

There might be a little more to the story than barr just likes epstein because he's rich, they probably know each other. at least barr's father seems to have known him pretty well. "when now-AG Bill Barr's father, Donald Barr, was headmaster at the Dalton school in NYC, he hired a two-time college dropout to teach physics and calculus to high school students….
That teacher's name was Jeffrey Epstein."

There has to be more to that story. why would you hire a 20 year old who had dropped out of college at cooper union after a year to teach teenagers physics at a super fancy expensive private school(it usually ranks in the top ten schools in the country)? seems like you could afford a teacher who actually went to college for a place like that doesn't it? all the teachers at my kid's school went to college and it's just a regular public school. keep in mind that epstein wasn't born rich, he grew up on coney island and his dad worked for parks and rec.

Hold judgement until the case goes to trial, evidence is presented, and the jury of his peers weighs in.

Innocent until proven guilty... Men and women should not be convicted by public opinion. They should be convicted only when evidence clearly supports conviction. IE guilty beyond a reasonable doubt.

Don't believe it can happen in America? Don't be too sure about that.

There's no judgement here. I've reported that Trump admitted that Epstein is a "terrific guy" and "fun to be with."

Jeffrey Epstein has already been convicted of a crime:

From Wiki: "In June 2008, after Epstein pleaded guilty to a single state charge of soliciting prostitution from girls as young as 14, he was sentenced to 18 months in prison. Instead of being sent to state prison like the majority of sex offenders convicted in Florida, Epstein was housed in a private wing of the Palm Beach County stockade. He was able to hire his own security detail and was allowed "work release" to his downtown office for up to 12 hours a day six days a week. He served 13 months before being released for a year of probation. While on probation he was allowed numerous trips on his corporate jet to his homes in Manhattan and the U.S. Virgin Islands."

A horrible miscarriage of justice! This should anger every American.

And yes, Trump was his friend, as was Bill Clinton and others. It appears if one is a billionaire, one can actually get away with henious crimes.

“They went to dinner parties at each other’s houses, Trump was also on his plane,” she said. “Probably not as much as a lot of other people because, you know, Trump had his own plane. But they had a lot of social relationships.

“And the other interesting thing is Trump had a modeling agency, and Epstein also had a stake in a modeling agency, which they suspect he used to bring in underage girls from overseas,” she added. “There is a comment in one of the court files where Epstein is quoted as saying, ‘I want to set up my modeling agency the same way Trump set up his modeling agency.’ I don’t know what that means, but it is curious that he was trying to do something similar to Trump.”


The people who support tRump have nothing to say about this disgusting news about tRump's pal Epstein.

Just imagine how those same people would be reacting if anything like this came out about Obama.

NYTIMES: It was striking, prosecutors said in court documents, that Mr. Epstein, having been convicted of a sex offense involving an “underage victim,” would continue to maintain “a vast trove of lewd photographs of young-looking women or girls.”

The cache of photos, some of which were discovered in a locked safe that also contained CDs with labels like “Girl pics nude,” demonstrate the predatory attitude that Mr. Epstein continues to have toward young women, prosecutors said in a detention memo filed on Monday.

Mr. Epstein “is not reformed, he is not chastened, he is not repentant,” prosecutors wrote to the judge, arguing against bail.

The indictment accuses Mr. Epstein, 66, of engaging in sex acts with dozens of vulnerable minors, some as young as 14, during naked massage sessions, then paying them hundreds of dollars in cash. He also asked some of the girls to recruit other underage girls, the indictment said.


“In this way, Epstein created a vast network of underage victims for him to sexually exploit in locations including New York and Palm Beach,” the indictment states.

Ah yes, true Shaw, no judgement per se. But as I read much on left and right I can say with confidence the use of emotionalism to sway public opinion runs rampant. Truth often gets lost in the tussel.