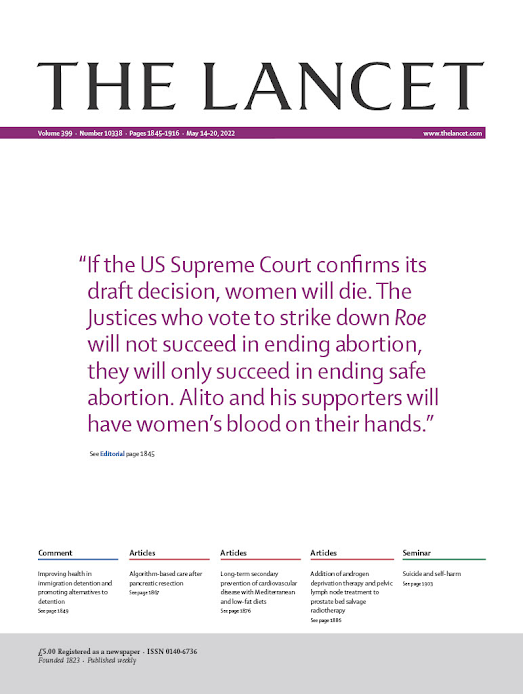 Yes, many more women will die as a result of losing their rights under a radical Right Supreme Court and regressive state legislatures and governors.

But this will not assuage their anger and hate. Their culture war is heating up to open civil war. All of their opposition will be stripped of rights and power if we let them.

Here's where the US is headed.

The radical Right Republicans are playing their commie card more than ever. "Democrats are communists" is their message.

All someone has to do to be labeled a communist is to be pro-choice, and support public education, public healthcare, racial and gender equality, and equal justice under law.

This is what they hate, and will smear as communism, just like they've done to CRT.

The enemies of democracy want their opponents framed as enemies of America. They are fueling resentment, anger and hatred for opponents in the same tradition as fascists of the past. Their long history of unilaterally defining terms sets them up for this.

When they have enough of a majority, they will declare the Democratic Party is a communist party, and pass laws against communists running for office. It's not difficult to predict this is their endgame. This is what they'll do if given the power.

Fascism will always aspire to greater tyranny if not stopped. History 101.

Today's red menace fear mongering is spreading like wildfire. We can expect it to get much worse.

The original vote affirming a woman's right to privacy in the matter of abortion was bipartisan. The vote to overturn will be 100 percent one-sided. With 3 of the justices voting to strip women of this fundamental right being donald tRump* appointments.

*donald tRump was an illegitimate president and should have appointed ZERO supreme court justices.

tRumpublicans wear the stench of Illegitimacy with divine arrogance and pride.

Yes, women will die and many many more will be maimed in back alley and friend assisted and self induced abortions. I had an aunt Rosie who lived for more than 45 years horribly maimed and in constant pain due to a so called 'back alley' abortion where the tools were not as sterilized as they should of been. All this horrible ruling will do is to spread pain and misery to tens of thousands of women and girls in the hopes that some non-viable as of yet cells will keep them from the Hell they richly deserve for pushing for this misery.