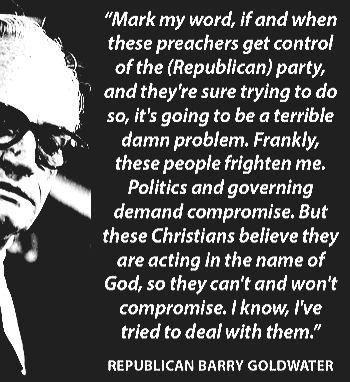 If the tipping point in American politics was the election of Trump, then the reversal of Roe vs. Wade is the first of many avalanches in store for the country. The US is headed straight for a fundamental split along the lines of the US Civil war, except the patchwork of red and blue states will be scattered about the coasts, the South and the Midwest. For all the frogs thinking the water is fine, it's not, it's getting hotter by the minute and the cooks have no intention of turning down the heat. A foundational crack has opened in the soul of America, and it's become so wide, no patch will fix it. It's time for two American countries, one with progressive small "d" democratic principles, and the other, a repressive conservative state leaning towards fascism.

I see it that way as well. Those of us who believe in democratic principles are lucky to live in Blue states -- as I am.

Massachusetts, for example, is the 2nd safest state vis-a-vis firearm deaths, with strict laws about conceal carry. The SCOTUS changed all that with its recent ruling. A pox on those conservative idiots, because they've made us all less safe. And their overruling of R v W will cause untold deaths for young girls and women across the nation where red states take pleasure in forcing girls and women to carry unwanted/rapist/medically dangerous pregnancies.

Justice Thomas (the one whose wife worked to overthrow an election and interfere with certifying electoral votes (a crime!), now wants to revisit birth control, (Griswold) and private sexual practices (Lawrence).

However, he's okay with Virginia v. Loving, a ruling that allowed him to marry his white wife.

Take my word, if Thomas and his conservative fellow religionists overturn Griswold, married and unmarried men and women in red states will not be able to purchase family planning devices.

Welcome to the past: America, a backward thinking country.

On heels of Roe ruling, activists are capitalizing on momentum

They’re pushing for a national ban, a prohibition on abortion pills, and a limit on people’s ability to get abortions across state lines.

"Every good Christian should kick Jerry Falwell square in the ass!"

OMG! - Are we we becoming alligned with the Taliban?

Reality is what we see unfolding. Prepare for volitility the likes of which we have not seen before in modern American society. This likely includes bloid running in the streets of America unlike anything since the Civil War.

A great (once) nation is in the process of disinigrating.

Sarah Huckabee Sanders (during her AR Governor Primary Election acceptance speech) said, "...she wants to make children in the womb as safe as they are in the classroom..." WTF?

Yes, Minus Eff Jay/JoeCon, we most certainly are. Conservative right-wing religionists are punishing girls and women who get pregnant, and nothing, NOTHING for the boys and men with penises who get them pregnant.

If the TalibanAmericans who cheer for the overturning of R v W are serious, then each mother who was forced by the state to carry a pregnancy to term should have the ability to garnish the sperm donor's wages until that child is 18.

Maybe then we can hold the boys and men responsible for impregnating girls and women.

Right now, only the girls and women have been singled out by the TalibanRepublicans.

Anonymous, we're certainly not aligning ourselves with modern democratic countries.

We're in the same group as Afghanistan and other like countries now.

Eminent legal scholars and intelligent progressive commentators, while steadfastly defending a woman's right to control her own body, have conceded that Roe v. Wade was wrongly decided and a legal and constitutional hotchpotch.

“One of the most curious things about Roe is that, behind its own verbal smokescreen, the substantive judgment on which it rests is nowhere to be found.”
-- Laurence Tribe

“Roe, I believe, would have been more acceptable as a judicial decision if it had not gone beyond a ruling on the extreme statute before the court. … Heavy-handed judicial intervention was difficult to justify and appears to have provoked, not resolved, conflict.”
-- Ruth Bader Ginsburg

"Roe “is not constitutional law and gives almost no sense of an obligation to try to be."
-- John Hart Ely — Yale Law School, Harvard Law School, Stanford Law School

“[T]he very basis of the Roe v. Wade decision — the one that grounds abortion rights in the Constitution — strikes many people now as faintly ridiculous. Whatever abortion may be, it cannot simply be a matter of privacy.”
-- Richard Cohen — Washington Post

Roe v. Wade and Bush v. Gore “represent opposite sides of the same currency of judicial activism in areas more appropriately left to the political processes…. Judges have no special competence, qualifications, or mandate to decide between equally compelling moral claims (as in the abortion controversy)…. [C]lear governing constitutional principles … are not present in either case.”
-- Alan Dershowitz

“In the Court’s first confrontation with the abortion issue, it laid down a set of rules for legislatures to follow. The Court decided too many issues too quickly. The Court should have allowed the democratic processes of the states to adapt and to generate sensible solutions that might not occur to a set of judges.”
-- Cass Sunstein

Can you and your readers handle this truth? I doubt it. Still, I wish you all well.

Can you handle this truth, Monsoon?

Arguments better than what you posted were given for keeping slavery legal -- from using the Bible as justification to threats of secession. How did that work out?

(The Constitution did not explicitly recognize slavery and didn't admit that slaves were property.)

Those are pretty arguments that liberals and conservative scholars give, but they don't solve the chaos these United States will now face.

Sure, give it back to the states, sounds oh so 21st century, and gets rid of that unearned bit about a Constitutional "right," but it doesn't acknowledge the monumental problems that lie ahead, especially with the religionist red states where some governors have proposed bounties on girls and women who dare to leave the state to secure reproductive health in states that do not prohibit reproductive choice.

Some of those religionist red states are looking to ban abortifacient drugs (the so-called "morning-after pill") that allows the uterus to shed a collection of cells with not even a hint of humaness in them. A collection of cells is not a baby, it's not a fetus, it's not even yet an embryo. Why would states ban those drugs?

It's not just the overturning of R v W that's created an emergency, it's what will happen in the wake of this ruling.

The American Academy of Pediatricians and OB-GYN docs have stated that there are all sorts of minefields in any given pregnancy, even in the actual birth. I went through 3 miscarriages before the docs finally figured out why my body rejected pregnancies. Today, if I lived in a red state (thankfully I. Do. Not.) I would have to have a tribunal determine if my miscarriages were spontaneous or self-induced or face prison. This is not theoretical, I've read some women are already facing this barbarism.

The US is no model for maternal health and pre and post-natal care either.

"Mst recent U.S. maternal mortality ratio, or rate, of 17.4 per 100,000 pregnancies represented approximately 660 maternal deaths in 2018. This ranks last overall among industrialized countries. Dec 16, 2020." (Cuba does better than America in this.)

I laugh at the folks who profess to care about all life; "all lives are sacred!" We're bottom last in caring for mothers and No. 33 out of 36 for infant mortality! (Again, Cuba is better at this than we are.) And when it comes to funding programs that address these poor results, the GOP will not have it! Hypocrites!

America doesn't care about fetuses, babies, embryos, pregnant mothers. Those stats show the truth, not what some dishonest governor or Trumpian pol says.

Ending abortion rights has always been about punishing women for being free, sexual beings in control of their own bodies. All through human history, men and especially religious men in control, have feared that.

Monsoon - I will gladly accept the anti abortion drivel the very MOMENT that those folks stop destroying the lives of sentient beings for the declared purpose of sustaining their own lives. Afterall murder is murder and that cow, lamb, pig, duck, or chicken you devour daily was, before its murder, a living sentient being just like you and me. With feelings, fears, and a desire to LIVE.

A bundle of yet unintegrated cells and processes is not a human life in any rational analysis and understanding of the concept "human life".

I'll go a step further, the United States is not a good model at this stage in human development for much of anything. Aside from the sciences and technology. And even in those fields we're losing ground.

All manner of horrible people have made brilliant arguments down through the ages to justify their horrors, and that pertains not a whit to the controversy at hand.

Writings show the founders knew slavery was unconstitutional. This is another canard.

The infant mortality statistic you cite has nothing to do with how much someone cares, but it does speak to unequal health outcomes based upon class, which is indeed something we should all be outraged about.

I join you in insisting government force men who impregnate women to take responsibility, upon pain of garnisheeing wages. We have a fatherhood crisis in this nation.

Finally, I wish to assuage your worst expressed fears. The first prosecution of a woman for having an abortion would cause an outrage, and I don't know it would stand judicial scrutiny. Prosecuting a woman for traveling to another state for an abortion would not survive legal challenge, nor would prohibiting people from receiving into their private abodes materials via the federally-controlled US postal system.

Polling continually shows that even among those who totally oppose abortion or find it distasteful, a large percentage nonetheless do not want an outright ban. I will concede some jihadi Republicans could push through an outright ban, but based on public polling, I don't see how they survive politically, ushering in more Democrats who would overturn such a draconian law. I don't see how any abortion law that did not provide for medical exceptions could survive judicial scrutiny, since common law down through the ages regarding abortions was never absolute, instead always providing for exceptions.

I argue the same against anyone averring birth control and gay marriage are next on the chopping block. Nothing in the majority opinion even hinted at that. Justice Thomas's opinion did, but it is based upon which clause to find the rights in. Indeed, the justices, as in the Roe ruling, noted this was a special case, sui generis, because it involves competing interests of the mother and the fetus.

A law, even a good law, badly decided does our constitutional system no good.

Thank you for suffering me to provide an expanded view of this controversy.

Perry Monsoon, Esq. Anytime you wish to provide us with your views on other controversies, you are welcome here.

I ardently hope you are correct and that we won't be seeing girls and women being hauled away in tumbrels to face a swordsman for wanting to save or have autonomy over their bodies.

Thank you for your thoughtful comments.

And they say was as humans have advanced over the centuries. Really? 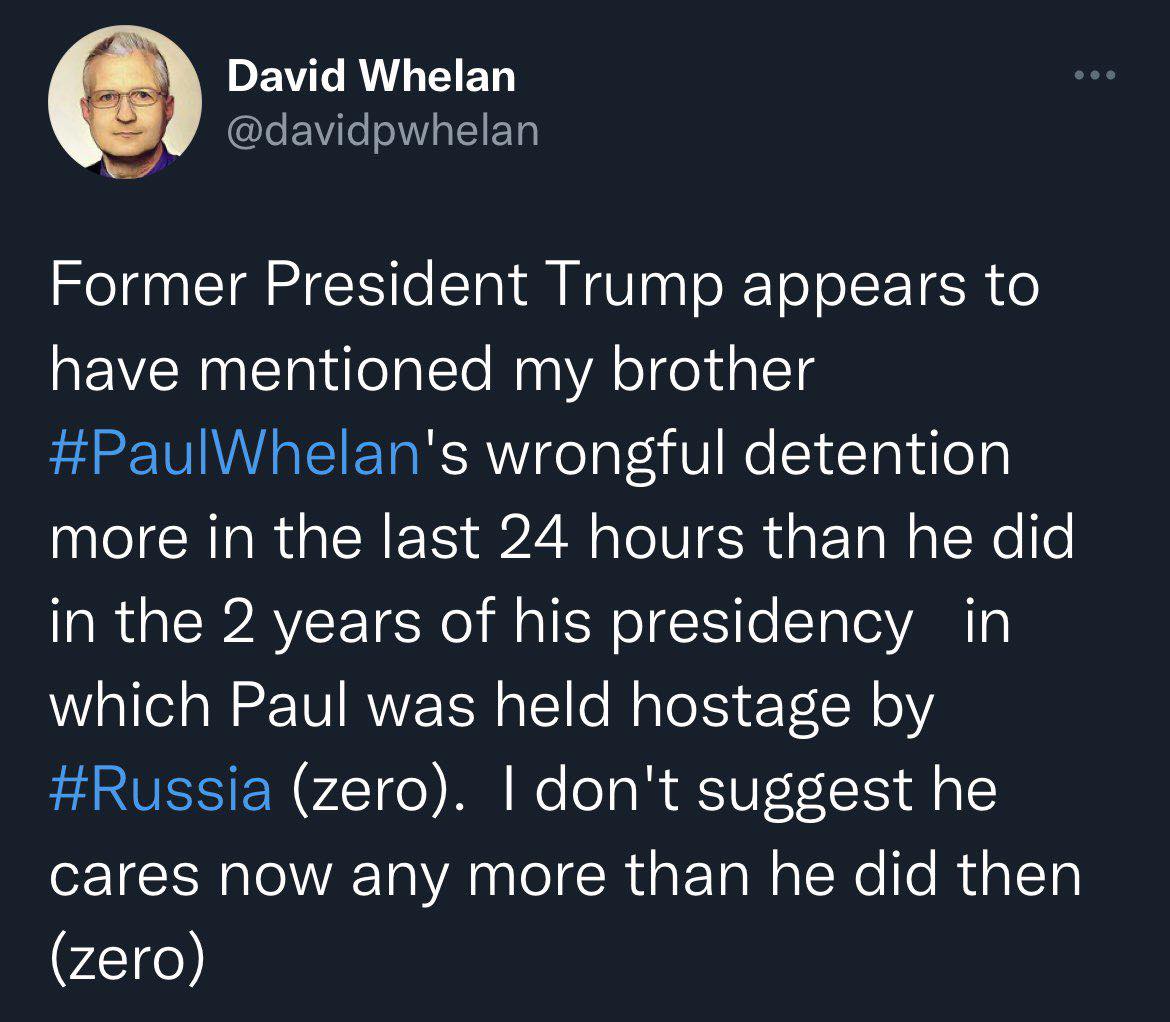