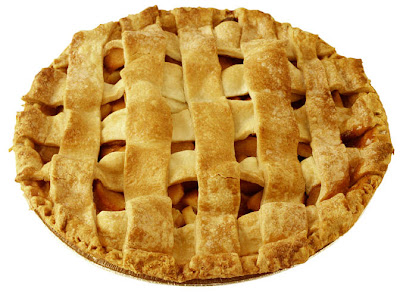 We couldn't possibly still be a racist nation, could we? Nah. The media and pundits all showed that Rev. Wright is a kook, a sour old black man stuck in an era when racism was rampant in the US. But that's all behind us. The Reverend Martin Luther King, Jr., changed it, and all of us have grown up and accept people, black and white, on the content of their character and not the color of their skin.

WASHINGTON — Secret Service supervisors shared crude sexual jokes and engaged in racially derogatory banter about blacks, and passed around an anecdote about a possible assassination of the Rev. Jesse Jackson, according to internal e-mail disclosed in a federal court filing on Friday by lawyers for black Secret Service agents.

The filing includes 10 e-mail messages that were among documents the agency recently turned over to lawyers for the black agents as part of an increasingly bitter discrimination lawsuit. The messages were written mainly from 2003 through 2005, and were sent to and from e-mail accounts of at least 20 Secret Service supervisors.

The messages offer a glimpse into the darker recesses of an agency
known for protecting presidents and other dignitaries but whose culture is regarded as one of the most insular in federal law enforcement.

The disclosure of the messages follows an incident last month in which a noose was found in a room used by a black instructor at a Secret Service training facility in Beltsville, Md. Agency officials said that episode was under internal investigation.Eric Zahren, a spokesman for the Secret Service, said he would not comment directly on the e-mail but said the agency deplored racially insensitive jokes.

“We are deeply disappointed by any communication or action on the part of our employees that exhibits racial or other insensitivity,” Mr. Zahren said. Mr. Zahren said the messages were the result of a search of 20 million electronic documents over 16 years. He said that an internal inquiry had been opened and that the inspector general at the Department of Homeland Security, which oversees the Secret Service, had been alerted.

In some of the court documents, the senders of the e-mail messages are identified only by the jobs they currently occupy and the rank they held when the messages were sent. For example, an Oct. 9, 2003, message referring to a “Harlem Spelling Bee,” ridiculing black slang, was sent by Thomas Grupski, then assistant director for protective operations, who, according to the filing, now heads the Office of Government Liaison and Public Affairs.

A March 3, 2003, message describing Mr. Jackson as the “Righteous
Reverend” was passed among several Secret Service supervisors. The message, about a missile striking an airplane in which Mr. Jackson and his wife were traveling, concludes, it “certainly wouldn’t be a great loss and it probably wouldn’t be an accident either.”

Another message contains what one Secret Service official said was a joke referring to interracial sex. The joke circulated in February and March 2003. It was sent, according to the lawsuit, by Donald White, who heads the Presidential Protective Detail, to Kurt Douglass, an agent in charge of the Secret Service office in Cincinnati.

The legal skirmishing in the discrimination suit has heated up in
recent months, with Magistrate Judge Deborah A. Robinson rebuking the Secret Service for failing to produce documents and for destroying relevant records and e-mail.

Judge Robinson had ordered the agency to turn over the documents by late March, but the e-mail disclosed in the court filing on Friday was not turned over to lawyers for the agents until late April.
E. Desmond Hogan, a lawyer for the black agents, said the agents were “shocked but not surprised by the late production of significant evidence of racism at high levels in the Secret Service.”

“The government’s delay,” Mr. Hogan said, “follows a pattern of the
Secret Service stonewalling plaintiffs and ignoring court orders, depriving African-American agents of the fundamental evidence of race discrimination that is key to their claims.”

The lawsuit, which has dragged on through years of litigation, was filed in 2000 by 10 black agents who charged that they were unfairly denied promotions. The agency employs about 3,200 agents, about 10 percent of whom are
black.

great blog...can I add you to my blogroll?

By all means do. I've added you to mine.

I will NEVER forget the day Bobby Kennedy died.

I just about gave up on this country.

But life is funny--it showed me things could actually get worse, and they did, on December 12, 2000!

I cannot give up on this country. Our Founding Fathers fought each other with unbridaled fury so we can be here. Things will get bad aand get good. Racism is massive character flaw in our country that will only be won in the trenches. I have maintained this for sometime. It can only be won one battle at a time and taken to individuals. Not by legislation or force. The Civil Right laws were very necessary, but it did not change the minds of those who propergate evil and hate.
These people are in all corners and elements of our country with color of skin providing no immunity.

I was going to say something along the lines of what Obob said, do I'll just add three things.

First, once the story gets out, and it just did, heads will roll. You know it, I know it, and the people who's heads are about to roll know it. That's where we are now!

Second, I knew you were going to find some way to tie it to Bush.

And third, too bad this post, like so many of your others, was a downer. Because I had some comments that would have gone soooooo nicely with the warm apple pie.