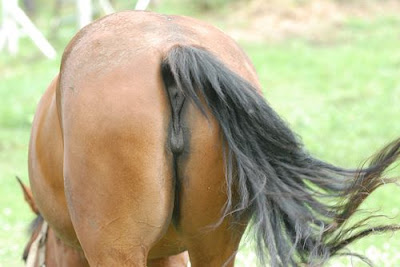 Donald Trump posted a tweet Tuesday featuring a Nazi swastika next to a picture of GOP rival Jeb Bush.

The outspoken candidate for the Republican presidential nomination — who recently lost his lead in the polls to Ben Carson — has come under fire for inflammatory statements about women and immigration during his campaign.


"Tweeting out swastikas and racial stereo-types to attack JEB Bush!" is typical of Trump's campaign, and the reason he has the rabid following of underdeveloped minds. This is the sort of trashy, low-brow, infantile attacks that appeal to small-minded voters.

Good luck with that Donnie, but you will NEVER be POTUS.


Donald Trump's new book: The United States of me

From the review by Michael D'Antonio:

Those who don't love Trump and what he is doing can be found asking him questions on TV and writing about him in print.

"For the record," Trump writes, "I think Fox News and CNN treated me badly" during televised debates.


He notes that Fox News anchor Megyn Kelly was "clearly out to get me" and he insists that the news media are generally preoccupied with "the same silly `gotcha' games."

Well, I see you found a more flattering photo of Trump than the one he used on his book.

Perfect image of the Trumpster.

The Republicans can only win by tearing the country down. It's broken, so the narrative goes, elect me and I'll fix it. It reflects neither pride in this country nor in being an American. Personally, I think this is a great country to live in. I don't want to elect a hater to "fix it." I'd rather elect someone who wants to make it even better.

NEW YORK — As Marco Rubio has slowly gained traction in early polls, especially after his well-received debate performance last week, Donald Trump has ratcheted up his criticism of the senator from Florida. On Tuesday, Trump called Rubio "overrated" and raised questions about the senator's personal finances.

-------------
I find it ironic that the man who manipulates the bankruptcy laws goes after someone's financed but La Trump still has a role to play as hit man.

Trump and the rest of the Whole Sick Gang: "I'm gonna DESTROY Putin and Assad and all the meanies in the whole wide world as soon as I get the right room temperature I WANT! during the next Clown Debate!"

November 10th... first one I'll be able to watch this year. I can hardly wait. I want to personally see what I've been missing.

Has the GOP approved all the questions, chyrons, moderators, stage colors, subjects and people taking place yet?

If we could enter a time machine, here's what we would hear from todays most vocal Trump supporters.

We cannot elect Obama because his wife, whom these idiots call "Moochelle" will bring shame to the office. Yet Trumps wife and family poses nude, or nearly nude.

We cannot elect Obama because he is not a good Christian. Yet the Donald, claims he attends a church where they say they've not seen him in years, can't say where his membership is and is totally uninformed in regards to the bible.

And this is before we get to Rubio and his financial woes, Cruz who was admittedly born in another country, Carson who each day is more and more clueless and JEB!, who seems to be sleepwalking through the campaign.

Really, who is the GOP gonna nominate?

In the news clip at the link, a news anchor points out that Trump has matured as a candidate. That's good to know. He may still have a ways to go, tho.

@Dave Miller -- Really, who is the GOP gonna nominate?

I had hoped it might be Kasich. Not that he's any prize but he does have some practical experience and he's not batshite crazy.
But the inevitable winner is probably going to be a Teabag pick and will be extremely dangerous.

You can't do much more than have faith in the majority of the American voters to realize that fact.

Today's Democracy Now! had an encouraging segment on yesterday's election.
The guest pointed out that it wasn't a good day for Democrats but it was a good day for reformists.
That reformist movement has to continue and we have to make it the focus of political America. There is an effective backlash to the Teabags growing.

Time to spend time on Cruz isn't it? He seems to be on the move coming out of the last debate.

He's chasing the Reaganesque legacy and he just may catch it and succeed.