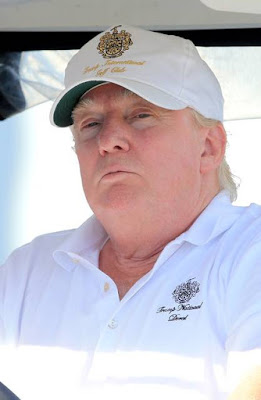 20% Of Trump Supporters Regret We Freed The Slaves, Think Whites Are Superior Race

Analysis by the New York Times of a national YouGov/Economist poll combined with a Public Policy Poll of South Carolina primary voters found that a shocking 20% of Trump supporters found that disagreed with the Emancipation Proclamation, which freed all the slaves following the end of the American Civil War.

21% agreed that “whites were a superior race,”

70% wish the Confederate flag still flew above the statehouse,

38% of them wish the South had won the Civil War.

41% approve of banning non-citizen Muslims from entering the United States.


These are the bigoted boneheads who believe Trump will make America great again.


And if that's not enough to scare the donuts out of you, there's this:


He may not know anything about policy or government, but that's not to say he's not an expert on something: 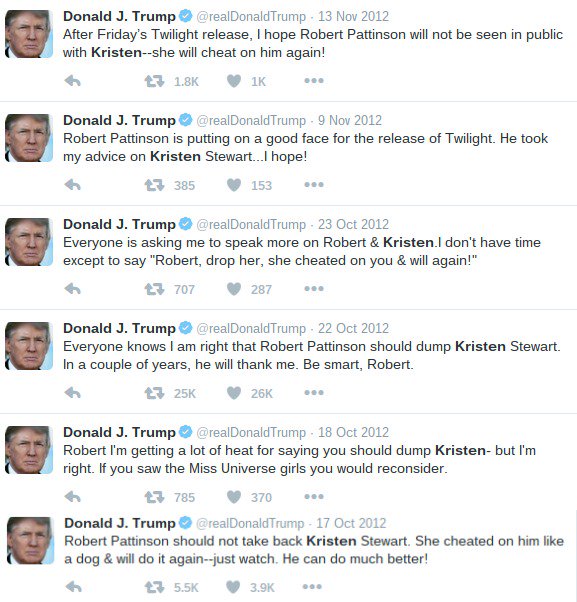 This actually happened people. That man is now the frontrunner for the GOP nomination for president.
Posted by Shaw Kenawe at 7:43 AM

David Duke, a white nationalist and former Klu Klux Klan grand wizard, told his audience Wednesday that voting for anyone besides Donald Trump “is really treason to your heritage.”

“Voting for these people, voting against Donald Trump at this point is really treason to your heritage,” Duke said on the David Duke Radio Program…

…“And I am telling you that it is your job now to get active. Get off your duff. Get off your rear end that’s getting fatter and fatter for many of you everyday on your chairs. When this show’s over, go out, call the Republican Party, but call Donald Trump’s headquarters, volunteer,” he said. “They’re screaming for volunteers. Go in there, you’re gonna meet people who are going to have the same kind of mindset that you have.”

That’s kind of vague, but you can see a closer tie between the robocalls and David Duke here:

In December, Duke told POLITICO that Trump’s candidacy allowed Americans to be more open about their racial animus.

It is a serious concern, Shaw but I think you'll find this kind of dementia straight through the hard core Gooper base.

It wouldn't be much different for Cruz, Carson or Rubio supporters.

I had thought Kasich had some common sense but I learned recently that he was a prime mover in the disastrous privatized prison movement and then there is his recent defunding of Planned Parenthood. In effect just as dangerous a dementia.

The Republican party has completely devolved.

I doubt either Hillary or Bernie are even aware that Kristen Stewart cheated on her "Twilight" costar. I can't imagine either one of them tweeting so many times about so trivial an issue. But Trump isn't the only GOPer engaging in nonsense... I'm referring to Ted Cruz's YouTube Simpsons impressions video. The reason for this (Cruz Simpson video) existing being the fact that Republican voters are uninformed re politics but informed re pop culture (something that won't hugely impact their lives). This is representative of how uninformed and misinformed the lower income (Fox Nooz viewind) Republican voter is... which is why Trump recently said (after his Nevada win) "I love the poorly educated".

How did we come to the point where a Talking Yam will very likely get the GOP nomination?

First, the dumbing down of the electorate through the steadfast refusal to teach our basic principles, foremost of which is an informed electorate. The left has gotten our children just as Beyonce' said she would and the so called silent majority has kept their heads up where the sun doesn't shine and allowed it.

Second, basic human greed and sloth -- (the three-toed kind, not the two-toed). The electorate, (at least those that bother to vote) are looking to receive free stuff, unlike the uber-rich who get subsidies and stash their money off-shore to avoid paying taxes so the middle class has to make up for their cheating. The lower classes -- immigrants (brown ones) and young people (BLMs) included -- do not want responsibility or have to earn what they get. in their eyes it is owed them-- again a function of the complete loss of moral standards in our society, beginning with the legalization of abortion and culminating in allowing gays to marry. This is part of God's punishement. And don't believe otherwise. God's looking at us very closely, especially the gay ones of us, and he's furious. You think tornadoes and winters storms are accidents of weather!?!

Third and most important, the electorate, choosing the easy way and listening to the propaganda of the MSM and schools run by socialist liberals that have allowed themselves to ignore the basic principles that our government and country are based on -- white privilege. We now accept the lies as fact and in turn vilify the few, like Cruz who actually perform as Jesus Lord God promised they would when elected. While Cruz has screwed up royally in the campaign, one cannot escape the fact that his vilification by the hands of Donald Trump and his supporters as well as Cruz's own sorry-ass performance caused the surge to Trump.

I for one do not have much use for Trump on many factors, mainly his exhibitionist wife showing off her private parts to the world. I think he is farther left on many of the issues than I would like. however, I do think he is firm on disrespecting and hating immigrants and that's a good thing for us conservative who love our country and all it stands for.

I do question as to whether as a "business man" Trump will actually try to use at least somewhat of a business approach towards the deficit and spending. History shows many of the so called great businessmen of the world used bankruptcy and other things to advance themselves more that once. And do we really want the U.S. to be run like, say, an Enron or a Lehmann Brothers business?

At the moment, I'd have to hold my nose and vote for Trump because a bloviating vulgarian who knows nothing about government or statesmanship is way better than having Hildabeast or the Vermont Commie/Socialist as president. Trump showed the world what he can do with golf courses and casinos -- and manufacturing stuff in Mexico and China. He can do that for us and Make America Great Again!

'I'd have to hold my nose and vote for Trump'

well, hold on to you sphincter,sweet bottoms, cause you just shit all over the place.

White supremacists, KKK urging their people to support Trump??? Wow way to go Trump, meet your followers, the most disgusting people in this country. Anyone who votes for this man is disgusting.