An entire American city in Republican Governor Rick Snyder's state has been drinking poisoned water for two years, but that didn't stop Snyder from throwing his wife a lavish birthday party in one of Ann Arbor's swankiest restaurants. That's tasteless enough, considering the suffering and pain the citizens of Flint have been going through these past months, but the icing on this crass story is the cake Governor Snyder surprised Michigan's First Lady with:


This is all cake and all edible: 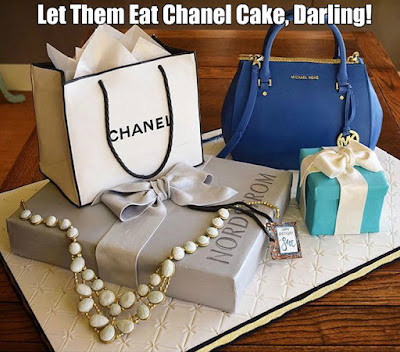 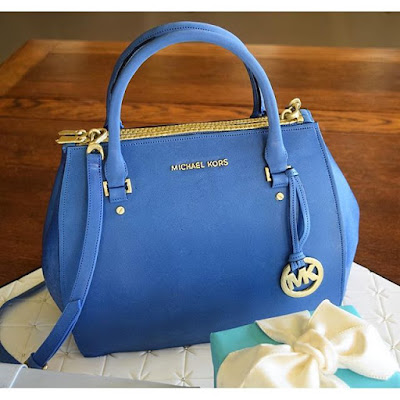 It took the cake designer, Heather Anne Leavitt, 30 hours to make the cake, which represents all that is important to a swell like the First Lady of Michigan:  Tiffany's, Nordstrom's, Chanel, and a Michael Kors handbag. Oh, with a gaudy necklace thrown in to finish off this example of vulgar exhibitionism that would put Marie Antoinette to shame.

Let's see, 30 hours for a custom designer cake to feed 60 people?  Probably close to $1,000.00, considering the craftsmanship and work that was put into it.

Nothing says more about a person than a cake decorated to show what's meaningful in her life.

"[W]E...bet that there isn’t so much as a single part per billion of lead in that frosting. Clearly, a lot of planning went into that cake, and lord only knows the rest of the party was almost certainly as beautiful. As Mark Maynard says, a birthday party and a cake are nice things. But the timing might be a little off:

"Had I been in a similar situation, though, I’m relatively certain that I would have forgone a party, asking friends instead to give money to the Flint Child Health and Development Fund. “You know what,” I’d probably say, “as much as I love my wife, I just don’t think that we should be getting drunk and dancing around a big, creamy-frosting-filled Nordstrom’s box right now.” But, then again, I have a little bit of my soul left. And, perhaps more importantly, I’m not so delusional as to think that something like this wouldn’t get out."

Children and adults in Flint poisoned and suffering because of stupid decisions to save money? Meh! says Governor Snyder.

The cake is not a lie!

The great state of Michigan's legislature and its flamboyant governor, (who generously feted his wife on her birthday with an extravagant birthday cake costing hundreds of dollars) have now done some really important busy work which includes sticking its collective nose into people's naughty parts.  Attending to crucial human needs (no, it has nothing to do with poisoned water in Flint), the state legislature has made Michigan safer by passing a law that prohibits Michiganers from getting B.J.s and criminalizing homosexual activity.

Good going Michigan!  You're keeping your citizens safe for Jesus while you poison them!


The Michigan Senate has passed a bill that effectively reaffirms the state's unconstitutional law making sodomy a felony punishable by up to 15 years in prison.

Michigan is also one of several states with a sodomy ban that's intertwined with a prohibition on bestiality – effectively equating the two. The law makes it a felony for anyone to commit "the abominable and detestable crime against nature with mankind or with any animal."  If the person is already a sex offender, violations are punishable by life in prison.

For the last several years, Michigan legislators have been trying to pass an important package of bills referred to as Logan's Law, designed to keep pets out of the hands of animal abusers, according to The Detroit Free Press.

Among the bills in the Logan's Law package — named for a Siberian husky who died tragically after acid was intentionally poured on him — is Senate Bill 219, by GOP Sen. Rick Jones. In addition to barring convicted animal abusers from owning pets for five years, SB 219 would update language in the state's ban on bestiality and sodomy
Posted by Shaw Kenawe at 8:20 AM


Do Republicans hold special workshops to teach people how to be exceptionally chickenshit?

The king of Michigan ought to pay more attention to daffodils.

In a chapter titled "Lonesome No More" in one of his books (Slapstick?, can't remember), he suggested that Earthlings adopt a kind of flower for their middle name, such as, John Daffodil Doe, Jane Zinnia Jones, Maria Petunia Sforza, etc., so that anytime any human was in a strange city on the planet, he/she could look up all the Lilacs, Daffodils, or Petunias in that city and be welcomed to visit and feel at home, since they belonged to that family of flowers. Lonesome No More!

Daffodils for the King of Michigan are far too nice for him. He and his wife should belong to the family of skunk cabbages.

I call them Hallelujah Hypocrites. They tell their supporters they love their Jesus then act like Beelzabub toward their fellow man.

It would seem so.

I wonder if emergency manager Darnell Earley was at the party.

Last I read there were federal marshals looking for him in order to serve a subpoena to appear at the congressional hearing.
I sure hope they at least saved him a piece of that delicious cake.

Meanwhile Snyder just struts around at a multi thousand dollar birthday party as if he knows that none of this is going to touch him.

And the people of Flint (and anyone else who cares) can read this and know there isn't much that can be done.

I've known MANY republicans over the years who would most likely agree skunk cabbage family would be the family the First Family of Michigan belongs to.

... is the only way to describe today's GOP. In today's NYT, this editorial, The Republican Refusal to Aid Flint, details the total moral bankruptcy of Congressional Republicans in failing to summon Snyder to testify, in failing to approve an aid package to fix the infrastructure damage, in failing to provide for an impoverished populace, and for insisting on budget offsets in the middle of a health emergency. Yup, it's always about money and power, but not a penny for human health and welfare. Most outrageous of all, the GOP habit protecting their own, for refusing to be held accountable.

Yup, a revolution with angry villagers brandishing pitchforks is the only answer.

Michigan legislatures working hard to insure their special place in "The Kingdom of God".

But...but...Gov. Snyder is giving the people of Flint a 30% DISCOUNT on their water bills!

Yes. So the people of Flint are getting a REAL DEAL on their lead-poisoned water! They only have to pay 70% of the cost to poison themselves and their children.

Gov. Snyder's Flint Michigan has now officially become a third world city, and he's their very own tin-pot governor, living the large life while men, women, and children are forced to remain in Flint because they cannot sell their homes.

What a guy! Never forget this is the sort of "compassionate conservatism" we can expect from Washington should a TeaParty Republican gain the White House.

Poisoned water isn’t cheap! Do these people expect to get their poison for free or something?
Y'know like the cons tell us the poors are always looking for free stuff!

The people of Flint need to pull themselves up with their bootstraps like the rest of us do when our cities' water supplies are poisoned!

Damn if Snyder isn't doing all he can to help these wretched folks and their children. Third world dictators could learn a lot from Gov. Rick "Let's Eat Cake!" Snyder.

"the abominable and detestable crime against nature with mankind or with any animal." virtually unenforceable in the UP...... to hard to distinguish the humans from the animals.....other than the animals drink less beer and,for the most part, do not operate snowmobiles.

If I read it correctly the people of Flint now get to pay no more than neighboring cities whose water isn't poisoned.
And you say Rick Snyder has no heart.

Do Republicans hold special workshops to teach people how to be exceptionally chickenshit?

Opinion is divided over whether it's learned behavior or if they're just born that way. At any rate it doesn't seem to be curable.

A good lawyer could probably make a case that lead-poisoning people is an "abominable and detestable crime against nature", but the Michigan legislature probably wouldn't care. They need to be careful about those bestiality statutes, though, considering how completely they've screwed the pooch here.


"The law makes it a felony for anyone to commit 'the abominable and detestable crime against nature with mankind or with any animal.' If the person is already a sex offender, violations are punishable by life in prison.


Save us from these ridiculous crotch sniffers who spend more time looking for reasons to jail consenting adults who engage in sexual acts they can only dream of. An entire city is struggling with lead poisoning in an essential for life -- water, and the legislature and governor are worrying about b.j.s?

The Michigan Republican party would like you to know that Gov. Rick Snyder ([water]R[at]) has been busy trying to heal the city of Flint while the malevolent Obama administration has only stood in the way.

Blame Obama. That's how the Rethuglicans solve their problems.

Aren't you being a little tough on Snyder, Shaw?

Not knowing much about such things, I checked out the price of a Michael Kors bag and it seems that a tote similar to the one represented on the cake can be had for about $400.

Considering he could have gone for Prada or Hermes I'd say he's showing restraint in the face of poisoning the residents of a large city in his state.


I find his largess in giving the poors in Flint a 30% discount on lead-poisoned water touching. That shows how compassionate and understanding a guy who spends almost a thousand dollars on a birthday can be. I'm stunned And the men, women, and children in Flint must be as well.

Since we have turned the focus of attention to Michigan’s anti-sodomy laws, I believe this comment thread calls for a moment of unabridged, uncensored insect pornography. Please note how these lurid lubbers in love get it on. Here is beastiality at its best.

Dirty pictures versus dirty water … the latest iteration of an old GOP tactic: Turn the focus attention to a lesser issue in order to distract attention from a larger issue. Yup, let’s criminalize insect pornography so we don’t have to think about the poisoned children of a dying city.

Here is a fair question: Which of the two, by far, is more obscene!


I think the GOP is trying to take us back to the good old days of the late 1800s. No unions, no worker protections or child labor laws, no taxes on the rich, no rights for women or minorities, etc...

They need to fine tune their time machine, because if they went back to the Dark Ages we'd have no corporations or oil companies, the lifeblood of the GOP.