A Not-So-Happy 4th of July


Displaying a U.S. flag upside down is, among other things, a signal of dire distress in instances of extreme danger to life.

No Mr. Trump, the virus is not under control. It is in control. 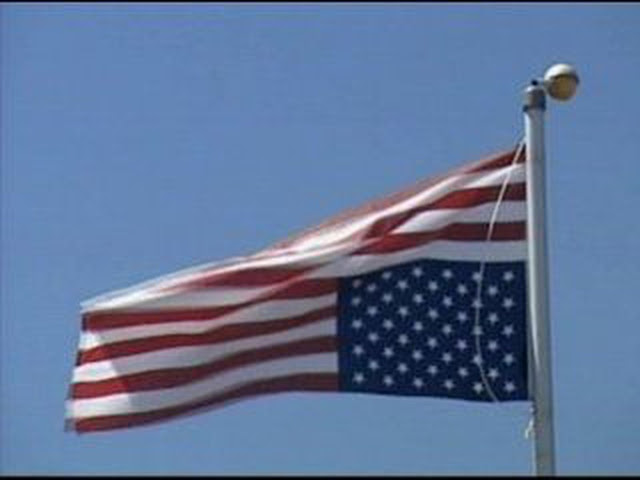 No parades, no concert on the Esplanade, no gathering together with our fellow Bostonians for cookouts with family and friends to celebrate this historic date in The Cradle of Liberty.

The Covid-19 itself is not Trump's fault. But his inept, incompetent, and grossly reckless handling of the pandemic is his fault.

The disregard of hundreds of thousands of lost American lives is his fault. All Trump wanted to see was the economy improve by opening up the states, regardless of dire warnings by epidemiologists who said it was too soon. 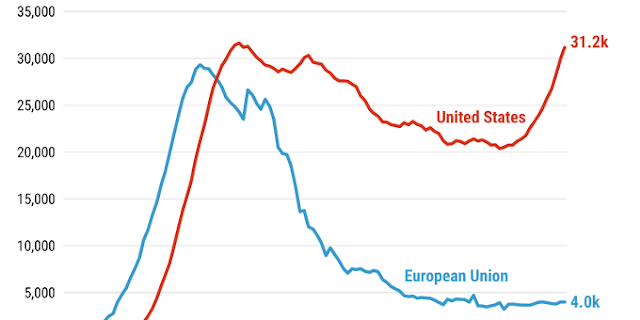 "The reality is that the virus is not under control; it is in control. Record-shattering numbers of new cases were reported Wednesday in six states: California, Georgia, Texas, North Carolina, Arizona and Alaska. New daily cases are increasing in 41 states compared to two weeks ago. Outbreaks and superspreader events are erupting, such as clusters from Myrtle Beach, S.C. In five months, the pandemic has killed nearly 19 times as many Americans as have died in the wars in Iraq and Afghanistan. Mr. Trump — whose early reaction to the pandemic was to wish it away, who failed to muster the logistical support to confront it and who then decided to walk away by leaving the response largely to the states — this week continued to engage in magical thinking, referring to the raging pandemic as “certain hot spots.” In fact, states that opened up prematurely in May are paying the price now, and Mr. Trump bears responsibility for encouraging governors to loosen the restrictions too early. It was a bad miscalculation."

So it is difficult for me to be optimistic and happy on this particular 4th of July at this time in my life.

We've had no leadership, only a reckless man undermining the science that showed us how to contain the spread of this virus. Trump refuses to wear a mask because it makes him look unmanly.

Not wearing a mask during a lethal pandemic actually makes him look like a hopeless moron.

Trump believes that is we do fewer tests, there'll be fewer case of Covid-19 (he actually doesn't know what the "19" attached to "Covid" means.) He uses racist language to describe the virus (Kung flu, China virus), that's all he has to offer the American people: stupidity, anti-science, and racism.

And this 4th of July he'll be in South Dakota at Mt. Rushmore where the foolhardy governor of that state proudly proclaims there'll be no mask-wearing and no social distancing.

We have no leadership, no common sense, no plan for getting this plague under control. And now Covid-19 is IN control.

I don't understand the people who still support this maniac, but I do pity them and feel nothing but contempt for their allegiance to a POTUS who cares nothing for America or the American people.

Actually, he's already accelerated the spread in South Dakota. His rally there was packed with thousands of revelers, most with no masks and zero social distancing His son's girlfriend has now tested positive. It is hard to believe that not one person at that even was a carrier, so now we just wait and see what results will show up.

Perhaps if the governor of SD just denies testing to everyone in the state, there will be no cases shown to be linked to this event.

There's a way to describe a president, and for that matter a governor who knowingly and willingly put American lives at risk, for no essential reason.

I'm just not going to use that kind of language today, the day we celebrate the signing of our Declaration of Independence from England.

Your Stupid attempt of at trying to make Frederick Douglass's descendants speak on this 4th of July creditable shows just how anti-American, and how stupid you must be trying to use that Commie SOB to influence anybody.

“Douglass did not simply harbor misgivings about unlimited government power. He wanted to limit racist government. He was against racist labor unions. He was not simply for the liberating potential of free enterprise; he supported capitalist enterprises as long as they were not racist.”

You obviously read nothing about Douglass and know nothing about his life. That didn’t stop you from making a fool of yourself by writing ignorant gibberish about him.

This, more than anything, is the sort of behavior that makes you a true Trump cultist.

At his rant at Mt. Rushmore on Friday, Trump claimed Desert Storm was fought in Vietnam, and that America began in 1492, when Columbus discovered America. (Columbus never set foot on the North American continent, and at the time, he was in the employ of the king and queen of Spain.

Gallant... your stupidity is showing. Even President Trump, miraculously, has recognized how important Frederick Douglass is to America and our history, including him, and his statue, in his recently decreed "Garden of Heroes."

Let me rephrase what you wrote to include that reality...

Here's what the "Gallant Warrior" thinks of President Trump... "President Trump must be stupid to use Frederick Douglass to influence anybody."

I guess that means you're joining us to vote for Joe Biden. We welcome the support.

Belarus Never Locked Down - Their COVID Strategy Has Been a Stunning Success https://russia-insider.com/en/belarus-never-locked-down-their-covid-strategy-has-been-stunning-success/ri30800

Even Sweden’s top epidemiologist now admits he was wrong in not requiring masks and physical distancing.

To call Douglass, someone who escaped slavery to become a prominent activist, author and public speaker and leader in the abolitionist movement, a commie SOB, is the absolute epitome of stupidity. Congratulations, or something...

Ed's story of the "stunning success" in Belarus is from the "Russia Insider". LOL. trumpers can't get enough Russian propaganda.

Derv... what is it with these guys? RT "News", the Russia insider, OANN... doesn't anyone stop to ask themselves why they believe information coming from Russian backed and funded sources? What would Pres Nixon have said about that? Or their beloved Senator McCarthy?

Why are they slamming Dems for supposedly being socialists while getting their "news" from communists?

Trump said we were going to Mars. We can't go to Europe, Mexico, or Canada thanks to his out-of-control virus that he said would magically disappear!

At Last! Someone Realizes That!
Thank You!

Because they are either, 1) hypocrites, or stunningly stupid. Maybe BOTH Dave.

Cases are on the increase because people do not act rationally. We are five months into this and we have an increase in cases.There is not reason to shut down again or for that matter the first time other than what RN stated, people are stunningly stupid.

Masks, Social distancing are all great to delay the spread but it will take a vaccine to stop it. Now there are far fewer deaths, of course that is not reported, and those who do die are mostly older adults with existing conditions. Why is Cuomo getting away with murder and no one says anything? He really needs to give up the tanning bed.

Good to see the latest thugs take down the slave owner columbus and douglas statues.

Now that joe has announced he is only going to hold the seat for his VP when he wins it is more important that he pick someone capable.