maybe we can do this and rid ourselves of the worst president and administration in modern American history.

Maybe the cultists who still support this dictator wannabe, super-spreader of Covid-19, and anti-American, corrupt businessman will come to their senses, but that is doubtful.

But we can take heart in this:

Joe Biden's polling better than any challenger since 1936

(CNN)Former Vice President Joe Biden is dominating President Donald Trump in the latest polls. No, the election is not over yet, and Trump still has a non-negligible chance of winning. But a look through history reveals that Biden is in a better position at this point than any challenger since 1936, when the first scientific polls were taken in a presidential race.
The ABC News/Washington Post poll released on Sunday was the latest poll to indicate Biden's strength. Biden led Trump by a 55% to 43% margin among likely voters. The poll was the third high quality national poll published this week that had Biden up by at least 10 points and above 50%.
The other two being from CNN/SSRS and Fox News. Indeed, the average of polls has Biden at around 52% or 53% and up by somewhere between 10 and 11 points.
This is an unprecedented position for a challenger with a mere 23 days to go until Election Day.
AND THIS:
John Heilemann on Arizona
"I have never been in Arizona when there has been consensus across the spectrum, Republican and Democratic sources, that this is the year Arizona is going blue, at the Senate level and the Presidential level."
"I couldn't find anybody in Arizona who does not at this point think that Joe Biden is going to win the State and Martha McSally is gonna get creamed in the Senate race." 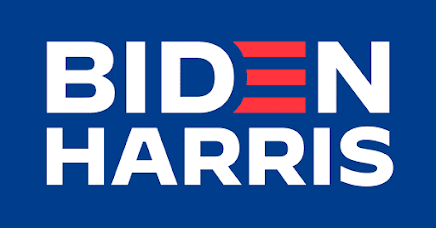 Vote! No matter how good these reports are.
VOTE! We need to crush Trump and the current Republican Party so that there's no question about America rejecting them.
Meanwhile, enjoy your Indigenous People's Day!
Posted by Shaw Kenawe at 10:49 AM

I do NOT think Trump will lose legally, I believe he’ll lose because of voter fraud….

Anon... so do you also agree with Joe Biden when he says the same?

Here's the deal that you and every other conservative/Republican who believe in "voter fraud" cannot deal with... all of our elections and the results are certified by Secretary's of State, from both parties. Republican and Democrat. Wouldn't it make sense that if there was fraud on the level you, others and President Trump allege, that at least one GOP Secretary of State in the entire country would agree with you and not certify an election?

Or are you claiming that they too are part of the "Deep State?"

This really is the continuation of GOP thinking that we saw on display in Trump's 2016 campaign. While he was running for election, numbers showing the economy improving and unemployment going down during the Obama Admin were called false numbers. Literally the first month of the Trump Admin he was accepting the numbers as Gospel.

When asked about the change his simple answer was that the Obama numbers were wrong, but now under him, even though they were largely the same in those early months and came from the same sources, they were accurate.

You and the GOP have fallen into the rabbit hole... If you win, it's true. If you lose, it's fraud. But you will not accept that logic from your opponents.

Dave I don't think Anon will answer. There is no logical answer. Our friend skud is caught in the same trap. Everything under President Obama was awful; nothing under Trump is bad. Even if evidence and facts show otherwise. This is what happens when one buys into a cult. And make no mistake, those who still support Trump are in a cult! Anyone who can still support someone as mendacious and crooked as he is has to be blinded by cultism.

promoted communism – including the destruction of the nuclear family? If

not for dishonest media, corporations and individuals would not be

contributing millions to an organization that advocates the destruction

of capitalism and the overthrow of the United States government

The only group we've ACTUALLY SEEN try to overthrow a duly elected United States government is the White Supremacist terrorists who plotted to kidnap and possibly KILL the governor of Michigan. THAT ACTUALLY HAPPENED.

White Supremacist terrorists are the BIGGEST DOMESTIC THREAT TO AMERICA. Not BLM or Antifa.

Donald Trump's own FBI director, Wray, has so stated.

“So the white supremacists are the largest chunk of the racially-motivated domestic terrorists?” US Rep Elissa Slotkin (D-Mich.) asked.

Wray replied “yes” part way through her asking the question.

Trump is disliked even at his new address in Palm Beach, Florida. He left New York City, where Hilary buried him in the last presidential election, and now his new hometown delivered a punch to the solar plexus, telling people to vote for Biden, not their newest resident.

Unfortunately for Trump, his dream of winning a state he lives in might be far-fetched as the Palm Beach Post has recently announced their endorsement for Joe Biden. In a strong condemnation for Trump, Rick Christie, Editorial Page Editor of the post said about their decision to endorse Biden:

These are strong words coming from the editor of your hometown newspaper. With that being said, the Palm Beach Post‘s statement as a whole was even more concise and hard-hitting.

“We have had nearly four years of nonstop crises, most of it manufactured by the man in the White House — a man who, when faced with a real crisis, the coronavirus pandemic, has failed miserably. The more than 212,000 dead on Donald Trump’s watch will blot the history of this presidency forever,” the Post endorsement declared, potentially becoming the final nail in the coffin for Trump’s chances of winning Florida."

Ms Shaw, You know I always believe everything you say because you have done your homework. If the head of the FBI said so it must be true just like comey.
That is depressing news that the middle class folks of Palm Beach are upset trump is their neighbor. Maybe they can form an association with the people of the Hamptons because they are both such regular people. I don't mean to insult the Hamptons because I know you frequent there but most of us couldn't afford lunch there.

December 1st can't come soon enough because the hate may subside, covid will not be the centerpiece of the news and the media can go back to covering up the presidents mistakes instead of covering them.

Question to skudrunner: What, if anything besides your cynicism, do you believe in?

You imply with your constant whining that nothing in this country is good; all politicians are bad; all media are bad; all Dems are bad; nothing works and Trump and his cultists are not so bad, compared with the "Swell Guy."

You know what the definition of a cynic is? It's someone who knows the price of everything and the value of nothing. (Oscar Wilde)

So does the Anthony troll have anything to say about this:

He didn't come back and refute what you said Shaw.

Bill, did you see this today?


Laurence Tribe
@tribelaw
·
6m
Our monumentally ignorant president doesn’t seem to know that Puerto isn’t (yet) a State and doesn’t get any Electoral Votes in the presidential election!
Quote Tweet

Daniel Dale
@ddale8
· 17h
Trump is devoting part of his speech to Puerto Rico. He says, "I'm not gonna say the best, but I'm just about the best thing that ever happened to Puerto Rico. You better vote for me, Puerto Rico." (Puerto Ricans who live in Puerto Rico don't have a vote for president.)

But his supporters love his stupidity and ignorance. Trump's so proud of what he doesn't know as POTUS! My 11 year old grandson knows more than Trumpie does. What a disgrace!

PS "Anthony" did reply to my facts by using an insult (I deleted it). Typical of Trumpers when they're confronted by reality against the fantasies they live with. Anthony is nothing but a troll who got a good answer and then retreated, like all cowards do.

Good question Ms Shaw. I believe in taking personal responsibility for your life and actions. I believe the government should provide assistance for those in need by offering a hand up to get them on their feet not make handouts a career. I believe that the majority of politicians enter office with good intentions and on the second day see the riches that await and go to the all about me position. After all there are no term limits so make what you can for life.
I believe in capitalism and as little government interference as possible. I support the American Dream of you can achieve anything if you want to.
I believe both parties are frauds. The republicans preaching less government while telling women they cannot make choices. The democrats run from their racist past saying those are no longer democrats. The democrats were the party of the worker but now they are the party of the rich.

I understand your attacking me about my opinion of obama and I am sure he was a swell guy. My issue is he was a huge proponent of government rules all. You have to buy insurance, I will sell this car company and force the others to drop lines, the government created your company and I will steal from the middle class and give it to the poor. Nope not a big fan because I am not about big government.
I also believe when the votes are tallied in December harris/biden will be the winner. trump has only trump to blame because he did a lot food but more bad. I just hope joey can remember Mitts name instead of that Morman guy and that he is running for president not senator.

skud: "I also believe when the votes are tallied in December harris/biden will be the winner. trump has only trump to blame because he did a lot food but more bad. I just hope joey can remember Mitts name instead of that Morman guy and that he is running for president not senator."

Well it sure is apparent that Trump did "a lot [of] food but more bad."

So you see, skud, even you make bloopers and I'm sure you haven't been non-stop campaigning for 2 years and you're probably not 78 years old, which makes Joe Biden all the more remarkable for the little incoinsequential bloopers that come out of his mouth.

BTW, the video the dishonest Trumpublicans are running where you hear Biden say he's running for Senate, is an edited video. Biden was talking about how he'd run for the Senate, Vice Presidency, and now Presidency. Anyway, it doesn't matter, since the Trumpublicans are dishonest hypocrites who attack Biden's every misstatement and ignore the avalanche of Trump's.

It'll be over soon, skud, then you can start 4 years of non-stop whining about Biden. You're really good at that.

I won't whine about biden for four years. After a year or so it will be harris and joey can go about being retired, which he was forced out of.