This traitor to America is still putting pressure on state officials to steal the 2020 election for him! 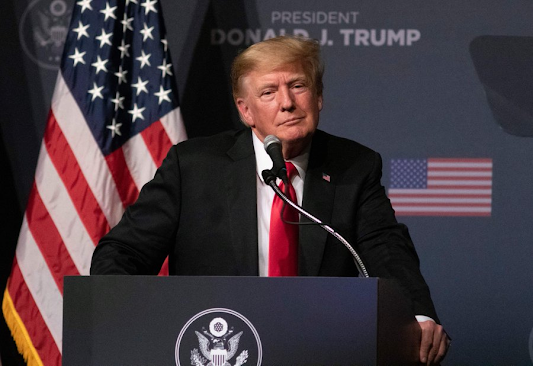 Why isn't Trump's fat arse in prison yet?

Anon, it’s called due process. If he goes to jail what is MSNBC and PE going to focus because they will have to obsess about something else.

You call wanting justice after watching a POTUS try to steal a free and fair election and encourage an armed mob to kill his vp and possibly the Speaker of the House an obsession by MSNBC and PE?

You must not be an American. You must be one of those anarchists who don't give a good g-d damn about what happens to our representative democracy and would make excuses for any criminal who tried to destroy it.

Here's another supposition: If it had been a Democrat who led the insurrection, you'd be calling for his/her head on a pike and wanting justice to be served.

Your partisan indifference because Trump carried an "R" after his name is pathetic.

What sort of "due process" did trump give the 2020 election, eh Anon?