SAVED BY THE SCOTUS!

In a major win for the Obama administration, the Supreme Court held in a 6-3 decision that the Affordable Care Act authorized federal tax credits for eligible Americans living not only in states with their own exchanges but also in the 34 states with federal exchanges.


"In a decision that crushed Republican hopes of using the judicial system to gut Obamacare, the Supreme Court ruled by a 6-3 margin that the subsidies are constitutional under the ACA.

This defeat means that the Republican efforts to gut Obamacare have come to a grinding halt. The King v. Burwell case was the GOP’s last chance to get a court ruling that would effectively gut the ACA. Chief Justice Roberts and Justice Kennedy sided with the majority and wrote the opinion." 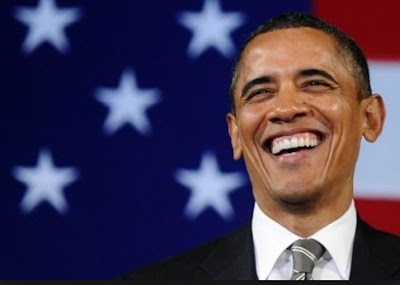 What do the ruling and the reaction to it tell us about the Court -- particularly Chief Justice Roberts?

Toobin: The case put Roberts on the spot with the Republicans who were his most ardent supporters and who opposed Obamacare. But I think it shows that Roberts was (a) a down-the-middle judge and (b) the case was a pretty easy one at the end of the day. Not a single member of Congress supported the plaintiff's interpretation of the law during the congressional debate over Obamacare; it's hard to imagine the court would have imposed that view after the fact.

Why does a court with a conservative majority wind up disappointing conservatives as often as it has?


Toobin: This remains a conservative court. Just recall the rulings undermining the Voting Rights Act and on Citizens United and all the other decisions deregulating American politics. But Roberts is an establishment conservative who is not interested in throwing millions of people off health care until the law genuinely compels it.

As for same-sex rights, it's really just Anthony Kennedy's court -- he has joined with the liberals on gay rights issues for years, and he's responsible for that entire area of the law. Kennedy was also part of the majority that upheld subsidies--and he is also an establishment conservative.


"This is President Barack Obama's major achievement and it is now here to stay. It's the biggest moment of his second term." --Jeffrey Toobin


And don't miss Capt. Fogg's "Do The Hokey Pokey" over at The Swash Zone.
Posted by Shaw Kenawe at 10:33 AM

A great day for Obama and Obamacare!

America is changing and apparently even some of the conservatives on the court recognizes it. That and to gut the ACA would have created a huge backlash and I don't think this was lost on Chief Justice Roberts and Justice Kennedy.

It is doubtful the republicans had a damn thing to replace it with and the nation would have likely ben back to pre ACA had the court ruled the other way.

ACA certainly is no panacea and has problems (hell I didn't support it) but it is in place and if republicans have any sense at all they will work with democrats at improving it in a way that doesn't help bankrupt the treasury. And the nation.

Yes, Bob, it is! What a relief! I don't think Boehner and the House will be crafting anymore bills to repeal the ACA any time soon.

A great win for Americans!

Stick a fork in the anti-Obamacare fanatics, they're done.

Free twinkies for all the winners!!!

RN: "ACA certainly is no panacea and has problems (hell I didn't support it) but it is in place and if republicans have any sense at all they will work with democrats at improving it in a way that doesn't help bankrupt the treasury. And the nation."

Yes! That's what we've wanted all along. To work with the Republicans to improve this law. Not one Republican was willing to do that. Maybe now we can move forward and do the hard work of cooperating with each other.

I think we agree, RN, that's it's time for these attempts (rather lame in this case) to completely
dismantle the law to end to allow us to get on with providing at least basic affordable insurance
to all.

With the consolidation that is taking place currently in the health insurance "industry" it's more important than ever to cut the petty squabbling and get on with the question of whether we want for profit insurers to continue with monopoly control.

"Tough Tony" Scalia must be in high dudgeon.

The happy dance is premature.

Wait to the gay marriage ruling comes out.

I think they are going to have to put Scalia on suicide watch.

AW! Call a whaaaaaambulance for Nino!

My happy dance is for today's ruling for Obamacare. When we hear about gay marriage, I'll do another one. Scalia's not the only one on suicide watch--the entire conservative blogistan is in a major melt down.

Since he didn't get his way this time, maybe Scalia will finally retire.

Not a chance BB. Guys like Scalia live to fight. Which BTW isn't always a bad thing. In a general sense I mean.

Near as I can tell, the reason that the republicans abandoned their own health care plan would have to be something as plain as day. As simple as the nose on your face.

It happened when they realized that to pass constitutional and ethical muster, any universal health insurance plan would have to cover birth control and abortion. Since there is nothing on God's green earth that they can do to change this simple fact, they want as few women as possible insured. Witness the Hobby Lobby case and other similar efforts to condone discrimination couched in terms of religious freedom.

Plus, these are old, corrupt white politicians who have been cheating on their wives and going to prostitutes for decades. They are extremely jealous of healthy women who enjoy sexual intercourse.

"The Shrill One" gets it right:

Now, you might wonder why a law that works so well and does so much good is the object of so much political venom — venom that is, by the way, on full display in Justice Antonin Scalia’s dissenting opinion, with its rants against “interpretive jiggery-pokery.” But what conservatives have always feared about health reform is the possibility that it might succeed, and in so doing remind voters that sometimes government action can improve ordinary Americans’ lives.

That’s why the right went all out to destroy the Clinton health plan in 1993, and tried to do the same to the Affordable Care Act. But Obamacare has survived, it’s here, and it’s working. The great conservative nightmare has come true. And it’s a beautiful thing."

Conservative mentality. From a piece by conservative jokester, Steven Kruiser:

"After all, these Republican appointees to Supreme Court are supposed to be on our side, right? They can’t all be David Souter."

See? For them, it's never about the law, it's about having a Supreme Court justice on "our side" so they get the rulings they want, whether it's lawful or not. Where have we heard this sort of fascistic threat before?

Kansas Gov. Sam Brownback Threatens to Defund Judiciary if It Rules Against Him

It's not about the law. Ever. It's about getting the judiciary to do things their way. A Mafiosi mentality if there ever was one.

It should also be noted that the court's ruling in favor of "disparate impact" is a conservative defeat.
This session has been a bit of a pleasant surprise.

Ducky: "This session has been a bit of a pleasant surprise."

The hysterics on the far fringe right is so predictable; and in many cases, incredibly childish. Someone needs to send them a case of binkies, and suggest a change of their diapers, then tell them to take a nap.

The sensible Republicans (if there are any remaining) should work with the Democrats to make the ACA work better and more efficiently.

Waiting for the ruling on marriage equality...

The country is being destroyed anytime a Supreme Court ruling goes against their ideology.

How long have we been living with the fallout from Citizens United? And the trashing of the Voting Rights Act?

One has to be aware of the consequences.

The Republican'T Party has been going out its way to mis-read/re-interpret written USA documents to change the laws (2d Amendment original-ism doctrine to allow civilian gun ownership etc.).

Now that this tactic did not work on the ACA, the Republican'Ts will go back to trying it another way.

So here is a way that they will eventually try:

"No Person except a natural born Citizen, or a Citizen of the United States, at the time of the Adoption of this Constitution, shall be eligible to the Office of President;..."

Well re-read the opening, No Person except a natural born Citizen, or a Citizen of the United States, at the time of the Adoption of this Constitution, shall be eligible to the Office of President!

Poof. No more _President_ for Mr Obama, no more ACA!!!! The old "We had to destroy the town to save it" meme.


(This is meant to be a gloating tongue in cheek attempt at humor. But it is clear that the Republican'T Party will be finally reduced to going this route to destroy _President_Obama_.)
Ema Nymton
~@:o?
.

Visit any far right blog and read their howls about judicial activism--but only when it goes against their ideology.

Ema, Obamacare is here to stay. The TeaPublicans will NOT change that. But I did like your humorous comment. It's a great day today for every American!

Funny how that works.

We do have the right to keep and bear arms goddamn. It is the leftist interpretation that is wrong. Dead wrong. Having said that, in the 21st century we absolutely need uniform effective firearm regulations and registration.