"And get used to having segregated buses and subways, as they have in India and Mexico, because of the way women are treated and sexually abused there; get used to your little girls being raped and being pregnant; get used to not being able to go to your national parks because they are being burnt down, pot farms are being grown there, pesticides dumped all over." 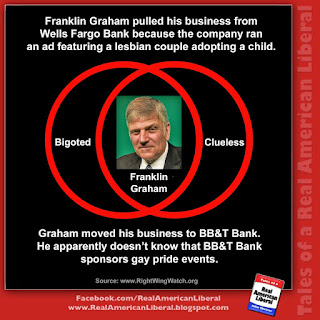 And from the "Department of Why We're Not Surprised" comes this tidbit on the holier-than-thou Mike Huckabee:


Jeb Bush: Unwed Mothers Should Be Publicly Shamed To Teach Them A Lesson 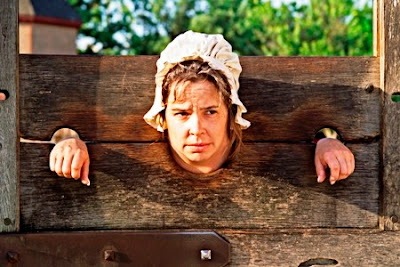 Shaw, this is before anyone of color reads Tea Party favored blogs and sees their race described as animals, leeches, freeloaders, mooches, folks with cantaloupes for calves, oops, that was actually from a GOP Congressman and much much more.

I don't understand how if you want, or need, people to come into your tent, it makes sense to insult them and call them names.


Coulter doesn't tell us what that "something drastic" is that should be done, does she. Think about her words...does she mean to suggest we commit genocide on American Latinos, Hispanics, and African-Americans because they'll be the majority very soon? Does she mean we deport native-born American Latinos, Hispanics, and African-Americans? Where do you deport native-born Americans? Those are all drastic "somethings" that will stop the inevitable.

Coulter is a disgusting human being. She appeals to the absolute worst in human nature, collects money for her evil words, and probably laughs it up with her Latino, Hispanic, and African-American friends.

Why spread her sick ideas and stupidy here on your blog. Ignore the attention whore.

Why don't fright wing bloggers blog about wackos in this report? For balance? You never see them put up posts about the hypocrites on the right. For balance. Righties should blog about what is important to moi!

Dave, unfortunately there are elements in the Tea Party who are comfortable with writing racial slurs on blogs about black people and other minorities, then accusing President Obama making everything about race. Who would want to be associated with nuts like that?

Coulter for some reason reminds me of the Wicked Witch of the East.

Maybe a house will fall on her?

Have you seen the ad that got Graham so furious? One would need to be one hell of a misanthrope to be offended by it.

This should pretty much do it for Jeb. Huckleberry was never really in it.

It's becoming more and more obvious that Scott Walker is just going
to let the morons in the clown car punch themselves out before announcing.

He's smart and he should scare you. They aren't going to catch him hooking
up with a pedophile.

I'm a white man living with my Mexican wife for 27 years and our 16 year old adopted daughter who's also Mexican. I'm outnumbered 2 to 1. It's a living hell here, like Uganda. Help me, Ann!

They aren't going to catch him hooking
up with a pedophile.

Maybe not. Hows about 6 indicted felons, 2 of them already convicted? On the Right, that's probably an asset not a liability.

Ducky, somebody's got to win, it'll be the least crazy. If its Walker, he'll be the first non college grad in a long time. Which in itself tells you something...

I'm not surprised at Coulter's dumb blather, or at Franklin Graham's and Huckleberrybee's either. But Jeb Bush? Wasn't he supposed to be the smart one? If he's the Tea Party's idea of smart, we get why it's known as the Stupid Party.

Agree with Ducky's here on the Reps. Walker may be a tough candidate.

On another note, how's that facebook stock treating you Ducky? Oh that's right, you didn't like it at 40 in the summer of 2012. It's about 80 today. Still, we agree on Walker vs Bush.

Franklin needs to (1) do research before pulling ridiculous stunts, and (2) realize that most large-scale businesses are supportive or at least tolerant of the LGBTQ community.

Scott Walker is the smart one. And dangerous.

Scott Walker the smart one? A candidate running for president who says state-mandated vaginal probs on women are "cool" sounds not smart to a lot of people,especially women-type people.

You never said anything stupid?

BTW, check out other things I've said about Walker.

Oh, got a link on that anonymous?

Here's a reference for you, RN.