Poll: Trump more unpopular than Obama ever was

It's Obama's fault that Trump is the most disliked and unpopular new president in modern American history.

If President Obama hadn't been so well liked, so competent, so decent, so honorable, and an exemplar of American family values, perhaps the unpopular, incompetent, dishonorable, and moral swine who now lives in the White House wouldn't be so negatively compared to the previous tenant.

The foolish people who fell for Lord Dampnut's lies, cons, and empty promises, brag and bluster have to live with the consequence of having supported this disaster (as do we who knew better than to support the creep):


Fifty-two percent of voters feel embarrassed that Trump is their president.

Only 27 percent say they are proud.

Even among his base, his numbers continue to slip; only 39 percent of men approve of President Trump’s performance, while 51 percent disapprove.

White voters now disapprove of him 48 percent to 43 percent, and while a majority of Republicans (79 percent) still approve of him, that’s down from 81 percent two weeks ago.

Independents are the only group of voters that hold a slightly improved view of Mr. Trump, with disapproval decreasing by three points to 57 percent and approval rising one point to 32 percent.

Voters’ opinions of the president remain mainly negative when it comes to his personal qualities.

Mr. Trump receives the worst scores on honesty (61 percent don’t think he is), level-headedness (66 percent), and on shared values with voters (61 percent).

Fifty-five percent of voters do not believe that the president has good leadership skills, and a similar number of voters, 57 percent, think that he does not care about average Americans.

In counties located around military posts, by contrast, Mr. Trump’s approval fell more than 8 points, to 41.4% in March, down from 50.1% in February.


So is this important? Well, yes. If the American people are not supporting their president, how will he get anything done? How will such an unpopular president get his fractured party to go along with his proposed legislation? Why would the opposition party fear such a disliked person? And finally, why would world leaders care what he says or threatens if he's that weak at home? Why pay attention to him at all?

If Trump is this disliked now, when America hasn't yet faced a domestic threat or catastrophe, how will this change, considering that Trump reacts to most unhappy, bad news with lies and by blaming other people for his bumbling and ignorance.


Our unpopular weakling of a president is one who speaks LOUDLY but has a very small stick.

And this is only one of the reason's Trump is unpopular:

Is Trump Russia’s Useful Idiot, or Has He Been Irreparably Compromised?


That’s the question that needs answering. Everything else is a distraction. The big question is whether Trump and his aides participated in the Russian hack-and-leak campaign to influence the U.S. presidential election in his favor. Or was Trump just an unwitting beneficiary of Russian meddling?

The FBI is now seeking answers in an unprecedented investigation of a sitting president’s ties to a hostile foreign power. Rather than facilitate the inquiry, Trump and his followers have launched a slash-and-burn campaign to shift the focus away from him and onto his predecessor, former President Barack Obama. Trump launched this counteroffensive in earnest on March 4 when, following revelations that Attorney General Jeff Sessions had lied under oath about his contacts with the Russian ambassador, he tweeted out of the blue that “Obama had my ‘wires tapped’ in Trump Tower.” “Bad (or sick) guy,” he said of Obama, comparing him to “Nixon/Watergate.”

This vile accusation, which was later extended to include Britain’s GCHQ intelligence agency, has been refuted by Trump’s own FBI and NSA directors. But that is no obstacle for Trump, who keeps brazenly repeating this falsehood.
Posted by Shaw Kenawe at 7:53 AM

Is That All You Got Shaw?

The world needs to know that this vile, ignorant horror of a little man does not reflect overall American sentiment. He won an election only on an antiquated technicality; by and large, we know as well as you, dear world, that he's an insufferable ass.

Trump's reaction to Syrian President Assad's atrocious chemical attack yesterday on his own people — "including children…; some writhing, choking, gasping or foaming at the mouth…;" and dying — was one of almost incomprehensible inhumanity. On the heels of meeting and praising Egypt’s brutal dictator, President Sisi, the American president essentially condoned Assad's presidential permanency. After all, what can be done? Assad is Putin's boy, just as Trump is.

The latter fancies himself a realpolitik kind of guy. He has, as the NYT's Peter Baker writes, "dispensed with what he considers pointless moralizing and preachy naïveté…. His 'America First' approach focuses not on how other nations treat their people but on what they can do for the United States." So what is the point of calling for Assad's removal as part of a political resolution to all the Syrian bloodshed? According to Trump's spokesman, Sean Spicer, "we would look … rather silly" in doing so. Myself, I'd take looking "silly" over looking cruel and inhumanly pitiless any day.

But the Trump administration didn't stop there. Of course not. There remained some colossal hypocrisy to be had.

While furthering its Putinlike protection of Assad, the White House nevertheless condemned his chemical attack as a "reprehensible” act "that cannot be ignored by the civilized world" (which lets Trump off the hook). Spicer blamed the whole reprehensible thing on — no need to wait for it — President Obama, who, in 2012, backed off from his "red line" by never bombing the bejesus out of Assad's Syria. What Spicer neglected to add was that Trump, back in the day, had tweeted: "President Obama, do not attack Syria. There is no upside and tremendous downside.”

It's breathtaking. The cynicism, the hypocrisy, the heartlessness, the brazenly ahistorical blame-laying are just breathtaking.

Ted, I've got a lot more, but I think this is all you can handle for today. Come back tomorrow for more.

Ted... has Shaw posted anything here not factually correct?

Trump's credibility about Syria is somewhat undermined by his repeated all-caps tweeting in 2013, the time he is now complaining about Obama's inaction being the cause of all evil, saying over and over that we should STAY OUT OF SYRIA!!! SYRIA IS NOT OUR WAR!!! and LET THEM SOLVE THEIR OWN PROBLEMS.

Meanwhile back at the clusterfuck, he just sent 500 more troops into Syria. What we need to watch for now is exactly what those troops do there. If they start killing Assad's enemies instead of ISIS, we know that not only did Putin steal the election, he has also stolen command of the US military.

I agree you anon DJT needs to not blame obama and do something. It was inaction in the past that escalated the problems in Syria and with the previous administration relaying on Russia to handle it, ironic isn't it.

Chemical weapons have been banned for decades and if Assad used them on his own people are we suppose to do nothing or should we follow obama's lead and let Russia handle it. The drawing a line in the sand did not work before so why should it work now.Of course what difference does it make it is only thousands of innocent lives lost.

Here's Donald Trump in 2013 giving President Obama advice on how to handle the Syrian tragedy:

Donald J. Trump ✔ @realDonaldTrump
President Obama, do not attack Syria. There is no upside and tremendous downside. Save your "powder" for another (and more important) day!
9:21 AM - 7 Sep 2013

When you have amateurs in charge, you get an amateur job done. Eventually the pros (Democrats) will have to come in and clean up another republican mess, once again! 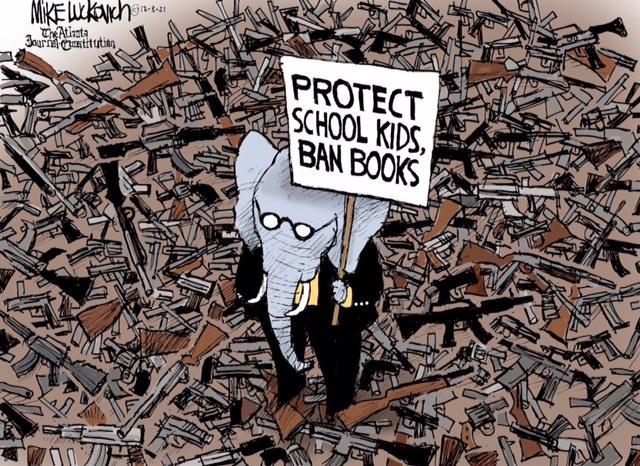