"We're in this together."

I'll never understand why seemingly normal Americans still support #45. We've witnessed over the last three years his erratic, mendacious, and reckless self, and it mystifies me that any sane American could still think of #45 as honest, competent, or having America's best interests at heart.

I'm watching an increasingly demented maniac and his consigliere, Giuliani, lash out at those who do not fall for their avalanches of lies and deceit, thinking that their perfidious excuses and explanations will be believed.

We’re in this together.

It’s simple: whatever political flag they fly, everyone in the U.S. who has a regular job, pays ordinary bills and taxes, has served time in the military or on a serious sports team, or has a traditional college education has a quality — discipline— that the unmoored, unfocused Trumpites lack. The complaints about Trump from white veterans in the heartland and black lawyers in Boston are similar: Where is his discipline?

Peter Wehner @Peter_Wehner Mr. Trump was emotionally/psychologically unwell when he became president. His condition is clearly worsening. He's becoming more volatile, erratic and unstable. At some point he's going to blow apart. When he does it'll create a crisis. This won't end well. Pray for our country. 8:12 PM - Aug 18, 2018 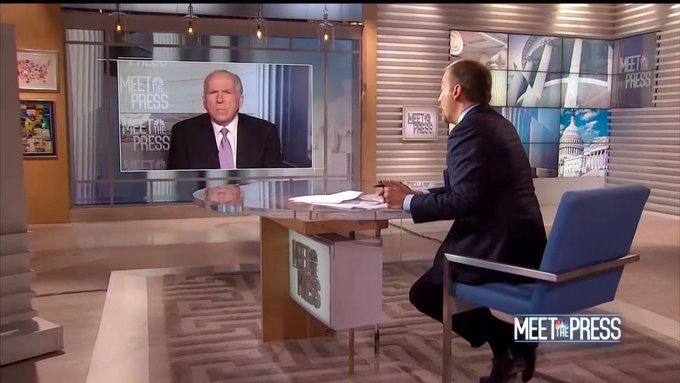 Your lack of understanding of how millions of Americans could support Trump is understandable. I have the same problem. Suffice it to say, they did/do and he is president. This is a reflection of who we (the American people) are, sadly.

The next two (2018-2020) election cycles should show how strong his support is. I expect Trump to lose reelection, but I don't expect Republicans to lose the House, or the Senate. I hope I am proven wrong.

Democrats need to define and express what their policies are and unite behind one candidate. Splitting the vote within Democrats, or having a strong 3rd party candidate could allow Trump to win again.

So many voted for him because he convinced them he could run the country like a business. He failed to tell the voters that he became rich by cheating and stealing from thousands, and by lying every day. You can’t run a country like that, and he is mad about that.

The lastest polls show that a majority of the American people believe the country is on the wrong track. Only Trump's cultists think everything is peachy.

Ray, How #45 conducted himself as a businessman (cheating, lying, threatening) didn't matter to Trump's cultists. Like him, they have no moral decency.

Donald Trump is moving the line of action deeper within "Freedom of Speech"! Taking away security clearances is just one action to silence his critics. He can tell your boss to fire you because he cannot tolerate criticism. Or he can tell people to boycott your business because of your criticism. Trump wants people to be "nice" to him. But he wants to use dictator's coercion methods in VIOLATION OF OUR CONSTITUTION! Just to gain your "niceness"? Whether he himself criticizes or just taking action against people, "niceness" is his polar opposite!

Unk... believe me I get how so many ppl would support candidate Trump for the presidency. If you believe abortion is murder, then logically, you will vote for whomever espouses that view. Likewise, and the Dems failed to grasp this, as the economy improved, many ppl were left behind. Oddly, this was especially true in my state of Nevada, perhaps the hardest hit state in the union. Yet nevada went for HRC. What we saw were large swaths of the country, primarily rural yes, but elsewhere too, where good paying jobs were still not being created.

I think Trump also is a marketing genius and someone who understands television in the 21st century. He dominated coverage, dictated what the news would say about him, when and how. The Dems had no answer, or understanding of how to respond.

Add that to a deeply flawed candidate who took her supposed "win" for granted, add it up and we have, for better or worse... President Donald Trump.

As to your projections... I think if Trump is on the ballot in 2020, he wins reelection... partly because, as you mentioned, the Dems have no message, apart from "We Ain't Trump" and that does not win elections. I share your thoughts in that I believe the GOP holds both the Senate and the House later this year.

I just do not see someone who can unite the left as DJT has united the right.

Maybe you, Shaw or anyone else here has someone in mind, but as usual, I see the Dems as pretty fractured.

The economy won't help Trump stop being his disgusting, morally piggish self. SAD!


Dave, I don't think Trump can win re-election with just his 30 percenter cultists. That's all he's got. Perhaps it will be an old fashioned Republican that will beat Trump.

If the GOP were sane, and it definitely isn't, they'd be begging Charlie Baker to be their standard bearer. He's the most popular governor in the U.S., and he's a Republican in a blue, blue state -- a state that has the highest disgust index for Trump. Baker is everything Trump isn't: a decent human being, honest, appealing, disiplined, intelligent -- traits that the Republican Party used to value in their candidates. Now they only care about tax cuts and Supreme Court justices, and the devil take the hindmost.