CAN THEY DO ANYTHING RIGHT? 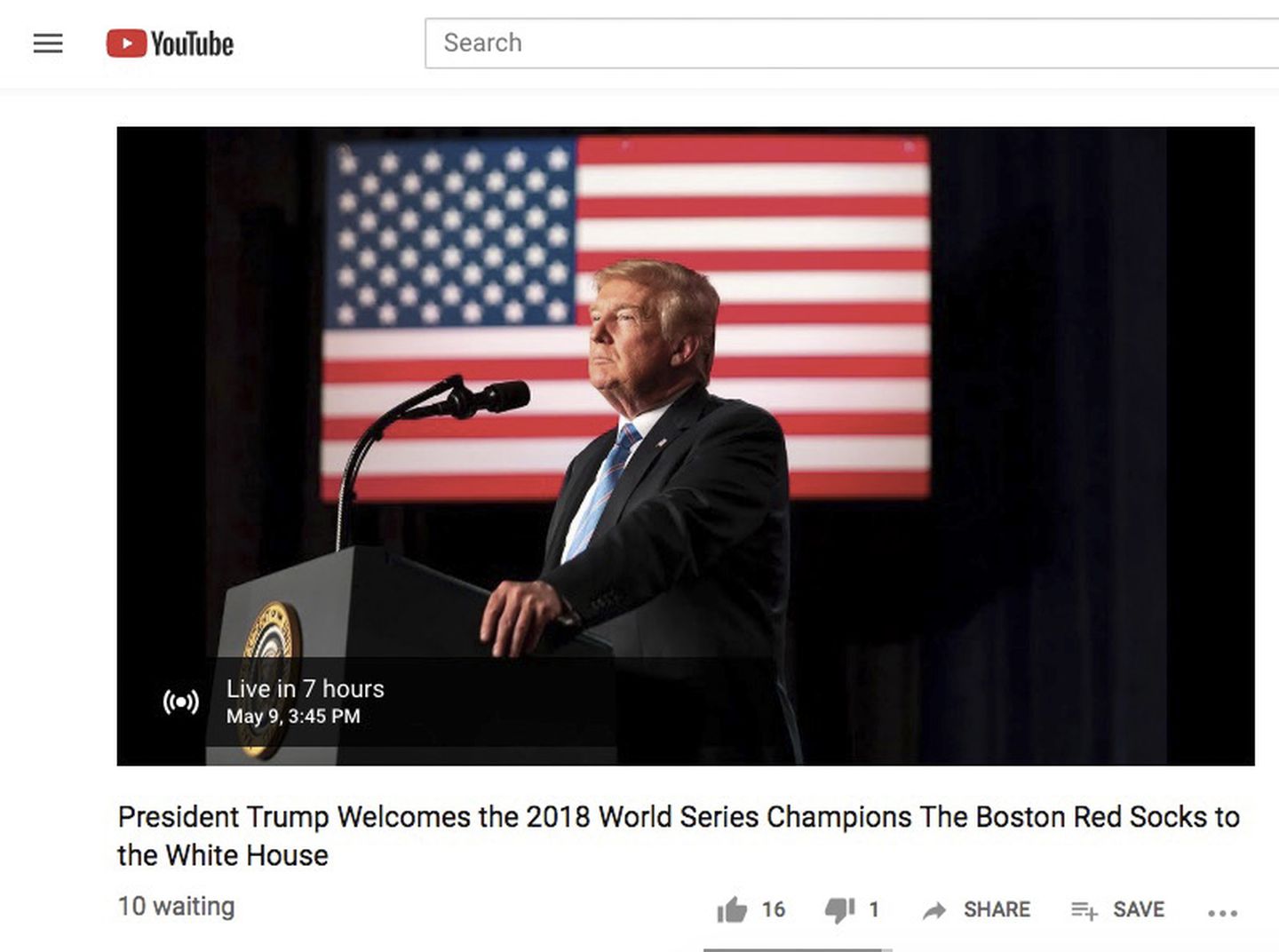 "Each Red Sox player is a shining example of excellence living out an American sporting tradition that goes back many generations," Trump said, honoring the team on the White House South Lawn.

What do you expect from a Yankees fan?

Ms.Shaw, athletes work their whole lives to be champions and receive all the accolades afforded them. Yet you are taken aback because they accept an invitation to the White House. Isn't that a bit small on your part?

My irritation is at the nincompoops in the White House who spelled the Red Sox name "Red Socks."

Who writes this stuff? These are 100% unforced errors. It shows an administration unable to competently navigate even the simplest task with a level of professionalism.

And before Skud gets here and tries to equate Pres Obama's 57 state gaffe, let me say this... Pres Obama, after a day of campaigning, made a mistake as he was speaking. The Trump WH, took the time to write an official announcement for the Boston Red Sox, and got it all wrong. It was no gaffe. It was an inability of the admin to exercise the oversight, competence and professionalism that the American people deserve from their elected leaders.

After all, if they are falling down on job on something like this, what else are they screwing up?

Maybe he thought only one of them would show up.
No other president in history has ever misspelled or mispronounced anything so he takes another first.

guess we will excuse one administration who spelled Marine Corps correct he just couldn't pronounce it but he did this after a tiring trip to all 57 states so he had a reason.

Well now Dave, they certainly are not screwing up the economy,are they.
You pettiness is amazing.

Anon... that's pretty funny that you would see my comment as amazingly petty and right above you is a comment from Skudrunner referencing a comment from years ago from a president 2 years out of the White House. Just as I said he would.

As for Pres Trump, anyone with a sense of awareness would know I am on record lauding the economy we have right now and saying I believe, as a result, that he will win a second term.

That however, does not mean we can't point out areas where his admin misses the mark.

Even at the height of what some would call Trump Derangement Syndrome, we've never questioned his right to run for president, so the fact is, any criticism so far falls well below the level of attempts to delegitimize President Obama as conservatives said he had no right to be Pres.

BTW... does it bother you that Don Jr took the 5th, rather than testify on the Russia meeting? His dad is on record as asking why would anyone innocent plead the fifth.

No problem rev and I am glad you were true to form in defending OTG as just being tired for not knowing how many states there are in the US.
You pointed out that no one questioned trumps right to run but there are many who question his right to win.
Trump does take false credit for the economy surging. Obama should be credited because after eight years of stagnation and attacking the middle class even the -H- would have had a stronger economy. Can't hold down the economy forever and eight years was enough.

Happy Mothers Day to all, mothers that is.

Skud... who, or what os OTG? And I'm not defending then candidate Obama, he made a mistake. In this case, Trump himself did not make a mistake. His staff, tasked with making him look good, completely dropped the ball.

As for DJT, no one questions Trump's right to win. To be sure though, many do question whether he won fairly. Everyone of our intelligence agencies, led by both Dems and Republicans, agree, the Russians actively meddled in the presidential elections of 2016.

The evidence points to it, the agencies all agree. It's not a debatable point. The only remaining question is whether Trump benefited enough to get the win. We may never know.

But even in the worst case, again, no one questions his citizenship as an American, or his right to even try for the Presidency. Only one man in history has had the charge made against him, and that was Barack Obama. Interestingly, the man leading those charges was Donald Trump. And not one GOP leader stepped up to defend the future president.

The GOP leadership, and the current president, are only ever so slightly just above a crap pile. Oh wait, correction, the GOP president is CRAP.