hocker: Trump and Barr refuse to defend ban on female genital mutilationNew low for the Trump administration: The Justice Department won't defend a federal ban on the mutilation of girls 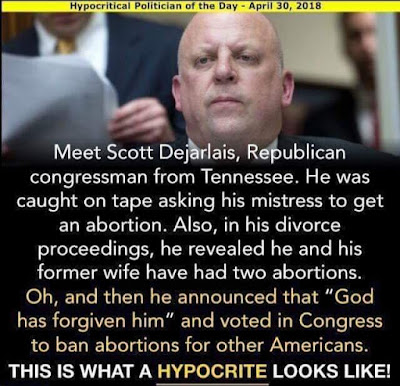 "THIS IS NOT A DRILL. And it's what we've been warning about all along."

Yep. Elections have consequences. Let's hope that sinks in by next November when we get our one and only chance to get these freaks out of power. It's a choice between the 21st century and the Dark Ages.

And the Republican party has been pushing this stuff since long before Trump. The rot runs much deeper than him.

Elizabeth Warren is looking pretty good right now. A comprehensive plan to put a stop to this bullshit from the federal level (even if Roe v Wade is gone) is exactly what the country needs.

My bet at this point? America opts for the dark ages, Why do I say this? Because the 23 dem candidates, will there be MORE?, will eat their own while Trump and the MAGA cultists watch, laugh, and use the democrats cannibalism to their advantage.


I was not a Warren fan Infidel, up until now. I've read her recommendations as to how she believes the Congress should circumvent the right's plan to eventually overturn Roe-v-Wade. Excellent arguments that almost 75% of the country supports. in addition to that she is consistent and in most cases coming from a reasons and common sense position. I also have been impressed with Buttigieg on the few occasions I've listened to him.

Can anyone answer why does the Democratic party fight so hard for the right to kill unborn babies? And please don't use the tired, it's a woman's right.

Actions have consequences. Here in bright red Idaho, even rabid pro-lifers resist the
“final solution”-
[snip]
Foreman was elected to the Senate in 2016, narrowly defeating incumbent Democratic Senator Dan Schmidt.
Foreman introduced several bills to the legislature during his first weeks in office, including one that would "classify abortion as first-degree murder — for the mother, as well as the doctor who performs the operation — except in cases where the mother’s life is endangered
Foreman refers to himself as "a Christian, conservative Republican." He does not believe in the separation of church and state.
Foreman denies climate change, referring to it as a "scam" and saying, "I know credible scientists in the former Soviet Union who have concluded the Earth is actually cooling
Foreman was decisively thrown out of office in November 2018. Foreman got just 42% of the vote, while his opponent, democrat David Nelson, was supported by nearly 60% of voters [snip]
His only memorial was a fire at a Planned Parenthood. IMO there should be an IQ test for office. Would that not eliminate the Trumpublicans?

Anon: Insensate embryos are not persons, women are, and it is their right to refuse to incubate another organism if they choose.

I hope the candidates are wiser this time. Certainly the rank-and-file are. Some candidates (and bloggers) are sniping at Biden because he's the front-runner. It makes them look small and petty and it's not helping them in the polls. Biden and Warren are concentrating their fire on Trump and the Republicans, not on rival Democrats, and they're the ones who are gaining support. In any case, nobody ever won a fight by deciding right at the beginning that it couldn't be won.

Hmmm, a heartbeat at six weeks isn't a life.


Can anyone answer why does the GOP and NRA fight so hard for the right to kill born babies with AR-15s?

The GOP have no problem with kindergarten children being slaughtered in their schools but are so worried about a 12 week fetus. That's because the Republican Taliban don't really care about "innocent lives," only controlling women's bodies.

A six week embryo is a 1/4" mass of dividing cells directed by DNA and fully dependent on its location in the womb. It is a potential life dependent upon its
mother. If Anon is concerned, he/she might direct their attention to all the American school children killed by deranged gun slingers..work on that awhile.

Infidel753 We cannot let the monster that's defiling the White House get another 4 years. Just today, I read that he has asked his aides to get the proper paperwork together so that he, trump, can pardon military people who perpetrated and were found guilty of crimes against humanity and are serving their sentences.

Think about that: trump puts babies and children in cages, separates and loses living children from their parents, and is on track for pardoning military personnel who've been accused and found guilty of crimes against humanity.

That's the monster who the Trumpistas admire -- in addition to his other traits: cheating, lying, and scamming. Now he will pardon criminals who committed unspeakable crimes.

We are in the Dark Ages.

Exactly. Religion is all about controlling people. Patriarchal religions obsess over every aspect of women's reproductive biology to a degree that seems almost fetishistic, because they can't endure the thought of women living lives not dictated by their primitive taboo systems.

Breaking... is this the Howard Baker moment?

RN, you and I are on the same page. I've been listening to and reading Warren's position papers. I also watched her question -- hard, pointed questioning -- the crooks at Wells Fargo Bank. She does not back down. I will be watching her and her policy positions.

BB-Idaho, anytime I read someone claim a divided cell of 46 chromosomes has more rights than the mother, I will ask that person if he or she feels as protective for the innocent life of grammar school children facing an AR-15. The morning after pill should be cheap and easily available to all. There would be no need to agonize over 2nd and 3rd trimester abortions -- anyway, 3rd trimester abortion are rare and only for dire, life-threatening situations, not birth control. There is no such thing as a partial birth abortion, and trump sounded like a deranged idiot saying a mother gives birth to a 9-month fetus and then the doctor and mother kill it.

Dave, I just read that this evening.

That Congressman actually READ THE ENTIRE REPORT, REDACTED PARTS AND ALL. He was shocked and outraged at William Barr, saying Barr misled the American people and that trump should be impeached for his actions.

This is why Trump and his gang don't want anyone to see it.

I hope this is the Howard Baker moment.

It's just a race to see which state gets to SCOTUS first to try to overturn Roe.
The whole thing hangs on John Roberts.

He may still be concerned about th court being a political tool. There'a a slim hope.

If McConnell continues to pack the federal courts more states are sure to follow the Ga.Mo.Oh. results. 101 judges so far.

There will be no war with Iran because Putin doesn't want the US interfering in his arrangement with the Iranian gov as a Russian military ally in the Middle East.

If you watched CNN's Special Report on the Trump Family Business last night, you saw significant financial entanglements between Trump, Russia and others. Mueller wasn't able to find proof beyond a reasonable that would stand up in court because those kind of people know how to cover their tracks. But you don't need to be a rocket scientist to know these deals don't come without demands of presidential influence.

Trump's entire business life is full of scams. From his condo towers, to his hotels, to his golf resorts to his defunct university, to his bogus charitable foundation. And everywhere he goes he devastates the lives of innocent working people.