A Jewish family has temporarily left its Lancaster County, Pennsylvania home, citing fear of retribution after coming under fire from conservative news outlets that blamed it for the cancellation of an elementary school production of "A Christmas Carol."

Speaking on condition of anonymity, the family told LancasterOnline in an interview published Wednesday that they did not complain about the Centerville Elementary School play or ask for its cancellation. Instead, they said they requested that their fifth-grade child be excused from the production. They said the school granted that request, but that their child was harassed by classmates after the play was canceled in November.

As Ira's dad wrote in TPM:


Let's all just take a deep breath and calm down here, folks.

It's not like a neo-Nazi's moving into the West Wing.

Or groups in our nation's capital are publicly shouting "Heil Trump!"

Or the President-Elect's calling for a national registry of non-Christians.

Or his National Security Advisor's secretly meeting with Austrian Nazis.

It's nothing as dire as that.

And let's not forget that the Goopers are set to make the LGBTQ community second-class citizens again.

With Trump you get a twofer: Neo-Nazi anti-Semitism with HEIL TRUMP! being shouted by his ardent supporters,

A promise from his Evangelical supporters to make life for LGBTQ miserable, humiliating, and degrading again.


First Amendment Defense Act Would Be 'Devastating' for LGBTQ Americans

Earlier this month, Senator Ted Cruz of Texas and Senator Mike Lee of Utah, through his spokesperson, told Buzzfeed they plan to reintroduce an embattled bill that barely gained a House hearing in 2015. But this time around, they said, the First Amendment Defense Act (FADA) was likely to succeed due to a Republican-controlled House and the backing of President-elect Donald Trump.

A Twofer with Trump: An anti-Semite and LGTBQ bigot! 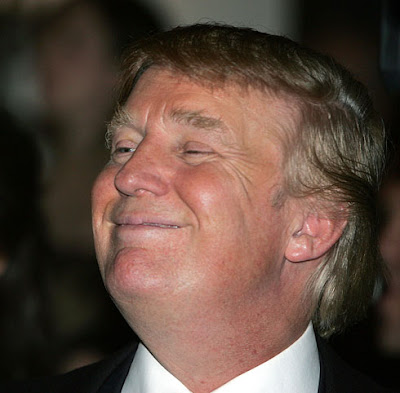 And this is why we can't have nice things:


44% of White Evangelicals admire the same guy who was sued for fraud and racketeering and who had to pay $25 million to settle the suit? The same guy who refused housing to African-Americans and was sued by the U.S. government for doing so? The same guy who bragged about not having to ask for forgiveness from God?  And joked about eating the "little crackers?" And who talked about "Two Corinthians?"

Yes. This is the guy the White Evangelicals by 44% say has "strong moral character."

The 44% who claim that are hypocrites of the worst kind. And every true Christian has nothing but contempt for those 44% who demean their religion by claiming Trump -- a repulsive pig -- has "strong moral character."

Ah, but to modern evangelicals, "strong moral character" just means he hates the right people and things -- gays, non-Christians, and women's control over their own reproductive biology. So long as Trump appoints officials and judges who will let evangelicals discriminate against gays, shove their religion in everyone else's face, and impose degrading restrictions on abortion, that will demonstrate his high moral character. If he gets caught doing meth with a hooker or harasses his secretary or knocks up a page, that will merely be the signal for lengthy homilies about how we're all "fallen", the importance of forgiveness, etc. Just like when evangelical leaders get caught doing those things.

Obama's personal life has actually been pretty exemplary from the viewpoint of traditional Christian sexual and ethical standards, aside from the fact that he's not particularly pious (neither is Trump). But they almost never city him as an example of "strong moral character". He doesn't have the right hatreds.


Jerry and Infidel753, I've read on many right wing "Christian" blogs that the Evangelicals question Mr. Obama's Christianity, but I've not read a word of doubt about Trump's.

Of course, Infidel753 is correct. The 44 percenters agree with Trump's promise to make life miserable for the people the Evangelicals hate, so it doesn't matter to them that Trump is a moral pig.

They've exposed themselves as people who are devoted to political power, not to Christian values. I laugh at them and their swaggerting hypocrisy.