All 50 States Ranked by Livability:
#1 --  Massachusetts. 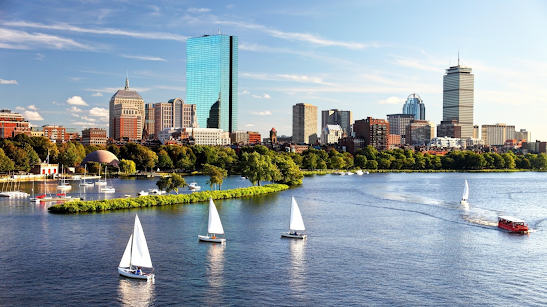 1. Massachusetts
Population change; 2010-2019: +5.1% (23rd largest increase)
2019 unemployment: 2.9% (11th lowest)
Poverty rate: 9.4% (8th lowest)
Life expectancy at birth: 80.5 years (6th longest)
Based on educational attainment, life expectancy, and the relatively lack of widespread economic hardship, Massachusetts ranks as the best state to live in in the country.
The best educated state in the country, Massachusetts has a bachelor’s degree attainment rate of 45.0% — well above the comparable rate of 33.1% nationwide.
Incomes typically rise with educational attainment, and in Massachusetts, most households earn over $85,000 a year — or about $20,000 more than what the annual income the typical U.S. household earns.
Additionally, Massachusetts is one of only 11 states where fewer than one in every 10 residents live below the poverty line.
(Mississippi is ranked the WORST.)
Methodology To identify the best and worst states to live in,
24/7 Wall St. constructed an index comprising three socioeconomic measures for each state: poverty rate, the percentage of adults (25 and older) who have at least a bachelor’s degree, and life expectancy at birth. The selection of these three measures was modeled on the United Nations’ Human Development Index.
Poverty rates and bachelor’s degree attainment rates came from the U.S. Census Bureau’s 2019 American Community Survey.
Life expectancy at birth is from the 2020 County Health Rankings & Roadmaps, a Robert Wood Johnson Foundation and the University of Wisconsin Population Health Institute joint program, and is based on data from the years 2016-2018.
Additional data was also reviewed.
Unemployment rates are from the Bureau of Labor Statistics and are annual for 2019.
Crime data came from the FBI’s 2019 Uniform Crime Report.
Uninsured rates, median household incomes, high school diploma attainment rates, and median home values also came from the ACS.
Other data on health behaviors and outcomes came from County Health Rankings & Roadmaps.
Posted by Shaw Kenawe at 8:56 AM


WHO GIVE A FLYING SHIT?

Obviously YOU care, Qanon, otherwise why bother to come here, read the post, and retype these amazingly outstanding stats for Massachusetts?

Where does your state stand in the listing from best to worst? Are you brave enough to let us know?

Thanks for stopping by and showing us that you really DO care.

Have a nice day!

Congratulations to Massachusetts! Lived there while at school!

You really draw some crazies to your comment section.

Anyway, Missouri is all the way down at 38. But where you live in Missouri makes a big difference. (I'm sure that's true for all states.) It's like me living in the St. Louis area. People think of Ferguson. It would take me 45 minutes to drive to Ferguson. I only knew it was going on because it was on TV.

Mike, you should see the comments I delete!