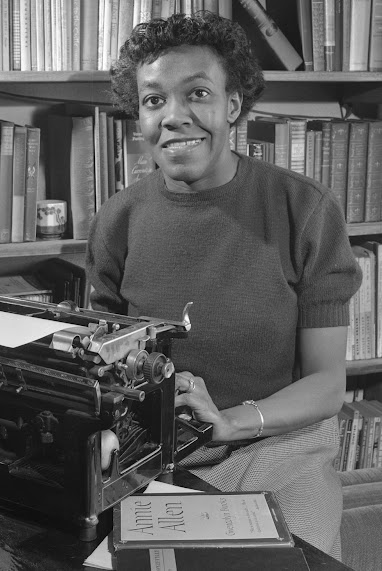 Gwendolyn Brooks (1917 - 2000) Today, Brooks is considered to be one of the most revered poets of the 20th century. She was the first Black author to win the Pulitzer Prize in 1950 for Annie Allen, and she served as poetry consultant to the Library of Congress, becoming the first Black woman to hold that position.
She was also the poet laureate of the State of Illinois, and many of her works reflected the political and social landscape of the 1960s, including the civil rights movement and the economic climate.
Posted by Shaw Kenawe at 1:49 PM