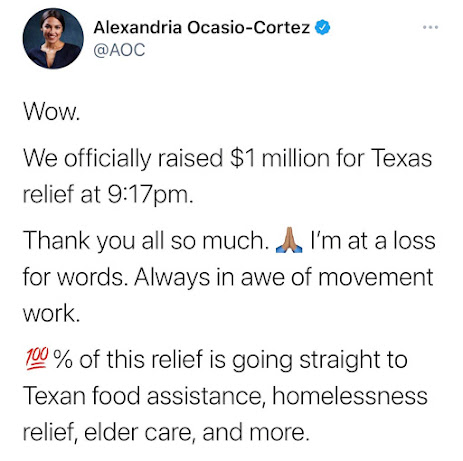 Beto O'Rourke is organizing wellness checks for seniors during Texas' blackouts. Ted Cruz is in Cancun. 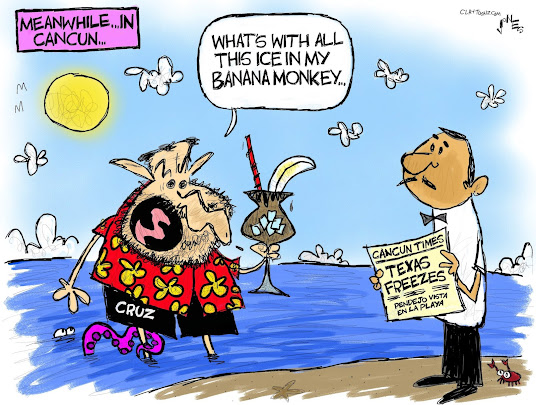 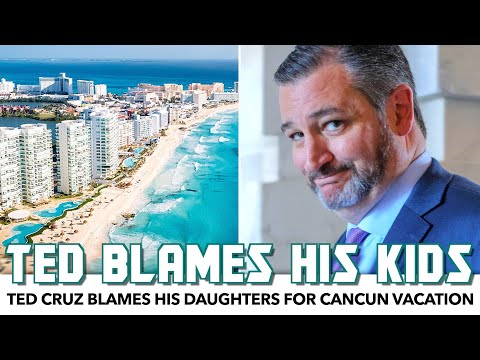 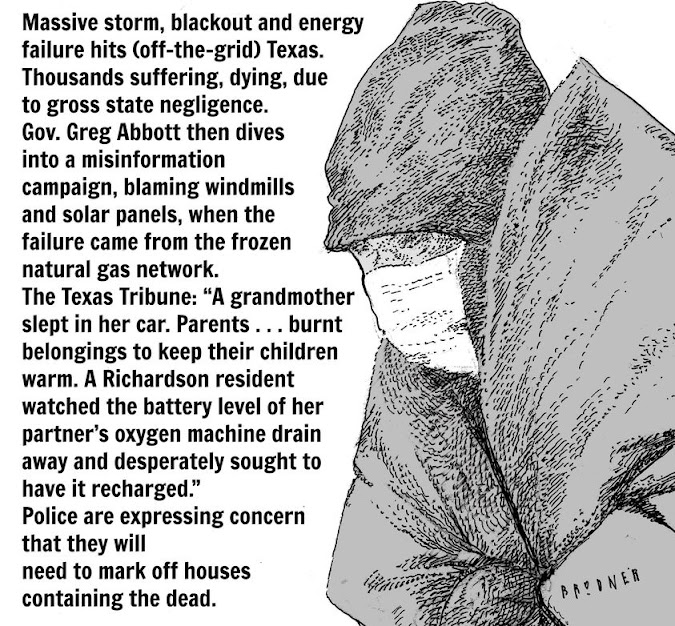 Texas power grid was ‘seconds or minutes’ from a total blackout that could have lasted months, ERCOT says

I feel like I owe Ted Cruz an apology. When he voted against sending aid to my home state of New Jersey after Sandy I accused him of only caring about Texas. I was obviously wrong.

My niece in Tyler was very lucky. Her water ix back on and she didn't lose power or heat.

She wasn't voting for Cruz anyway.

Anonymous When the shoe's on the other foot, people like Cruz always find a way to make excuses and do the wrong thing.

Ducky, glad to hear your niece is safe. The rest of the Texans who are suffering were not so lucky.

Texas is experiencing the joys of deregulation and climate change denial.

Mother Nature has a way of sobering people like Abbot, Cruz, and Cornyn up. My guess is they'll return to their anti-science ways, and to hell with the suffering by the people they represent.

Just like Rafael "Ted" Cruz to throw his kids under the bus.

I'm sorry for the people suffering in my home state. I hope this stunt of Cruz's will wake enough of them up to turn Texas blue finally. The fault for these blackouts lies entirely with Abbot and his gang of thugs and oil barons.

Even Breitbart, founded by one of the most dishonest, creepiest humans to ever walk the earth, even that rabid right news site was on Cruz's case:

"...the hypocrisy of a man who has trashed fellow politicians for vacationing during crises — vacationing in Cancun during a crisis himself."

That is classic rightwing behavior, i.e., the outrage from Limbaugh fans over the reaction on the left to his death.

Limbaugh was FAMOUS and popular with his fans FOR INSULTING, DEMEANING, DEHUMANIZING people dead and alive.

But, as well all know, there isn't an honest, non-hypocrite among what's left of the Republican Party -- excuse me, the Trumpublican Party. They, after all, lionized a pathological liar, cheater, and fraud.

How absolutely HEAVENLY not to hear from him and his sycophantic hangers-on and to finally have a decent human being in the White House!

Unregulated capitalism at its best.