But Trump hasn't seen the end of her. She's still someone he'll have to reckon with if he plans on running again in 2024.

Scott MacFarlane
@MacFarlaneNews
·
11h
Rep Liz Cheney (R-WY) tonight: “Two years ago I won this primary with 73% of the vote. I could’ve done so again. The path was clear. But it would’ve required that I went along with President Trump’s lie about the 2020 election”

Liz Cheney told the truth and the QOP fired her for doing so. The current QOP is a party of liars, cheats, and anti-democracy thugs.

The Grand Old Party is officially dead as there is no intelligence left and is now the Trumpublian Party, defined by conspiracies, victimhood, and fear of “the other,” and a foreign policy which supports other anti-democratic authoritarians.

IMO, our republic is in mortal danger.  President Biden, as an opening move, should appoint her immediately to replace Joseph Cuffari, the DHS Inspector General who has refused to comply with Congressional demands that he turn over the records of his search for the Secret Service texts of Jan 5-6, 2021, and to allow people in his office to testify. Give Liz the power and the tools to root out the neo-fascist 5th columnists in the federal government, and let her go to work.

Wyoming is a beautiful, scenic state, but it is too small (population-wise) to be of much significance. Liz Cheney knew she would lose. So did everyone else. Her next chapter is up to her, and it is cloudy. She’s too conservative to be a Democrat and is now a pariah among most Republicans.

What happens next is up to her.

However, the destruction of the Republican Party is now nearly complete. 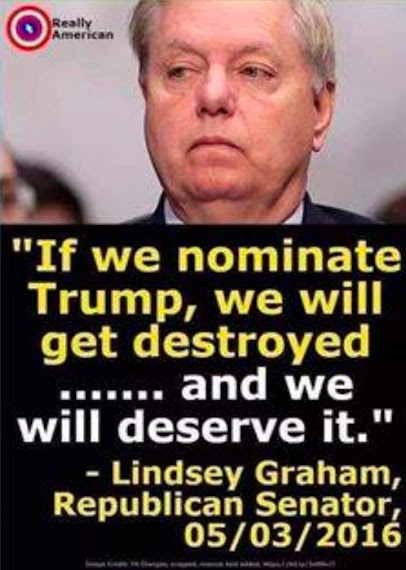 August 16, 2022 — The Lincoln Project releases the following statement on the primary loss of Liz Cheney:

“Tonight, the nation marks the end of the Republican Party. What remains shares the name and branding of the traditional GOP, but is in fact an authoritarian nationalist cult dedicated only to Donald Trump.

“Liz Cheney stood up to the lawless, reckless attack on our nation led by Donald Trump and millions of Americans saw leadership that transcended ideological boundaries. For standing up to Donald Trump and working to hold accountable those responsible for his violent insurrection, Liz Cheney risked and lost her political career as a Republican.

“The Wyoming GOP, supported by millions of corporate dollars from Kevin McCarthy, nominated a reality-denying conspiracy theorist who promotes the “Big Lie” and bends a knee to Donald Trump.

“Liz Cheney showed America what a dedicated public servant driven by principle is like; it’s no wonder today’s GOP hates her. She remains an essential leader of the pro-democracy forces in the United States today and we encourage her to continue to engage in the fight to save our Republic and protect our democracy.

“The way she fought this race has only increased her stature among people setting aside their partisan differences to fight for democracy. We thank her for her service, and look forward to seeing her next chapter. America needs her and more people like her.”

The Lincoln Project is a leading pro-democracy organization in the United States — dedicated to the preservation, protection, and defense of democracy.

To learn more about The Lincoln Project, go to lincolnproject.us.

It is almost beyond belief to see a once proud and respectable party destroyed by the ideology of one old fat, ignorant, stupid criminal with orange hair and an ego the size of Mercury. If this country even allows such a disgusting criminal as Trump the right to run again we can kiss the rule of law and democracy goodbye. Probably forever.

Liz is a smart women with remarkable integrity. Light years smarter than Trump with a character that all Americans at one time would have been to proud to support. But in Wyoming (along with the other Trump red states) the folks choose another pro Trumper, apparently joining in the movement Trump started in 2016 to destroy our democratic republic.

If America ever puts Trump and the blood red Trumpublican party in control of this nation again it will deserve every misfortune and calamity that it will undoubtedly experience.

To be honest the people in her state fired her. Yes it was because of her opposition to trump but it was decided by the voters in her state. I don't know how much out of state money was spent to defeat her but it should be illegal to collect campaign money from out of your state.

Getting rid of Trump is no longer the problem.